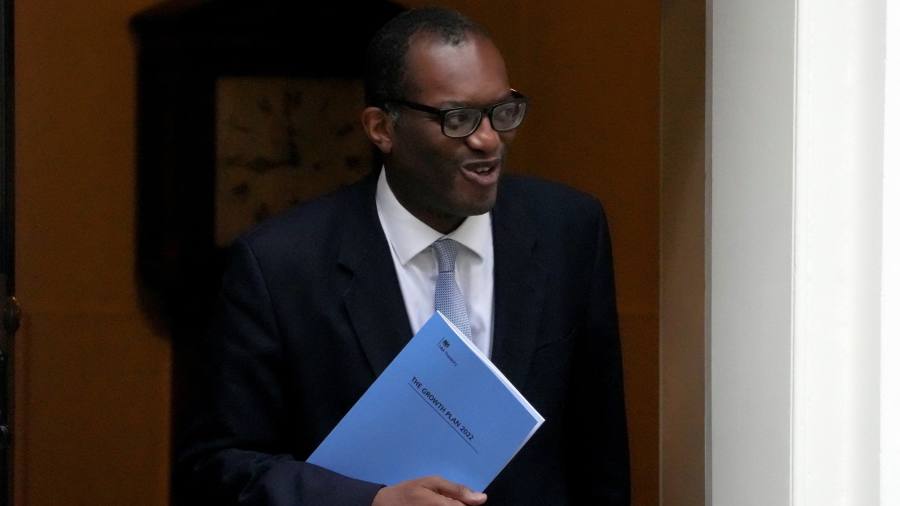 Kwasi Kwarteng, Chancellor of two-and-a-half weeks, will today cap off an eventful week in the UK with a fiscal event that under no circumstances must be called a budget.

Prodigious pre-briefing of fiscal plans has become de rigueur in the UK — after all, nothing says careful fiscal management like leaking an idea, seeing what the reaction is, and scrapping it if needed.

Several of the key pieces of plans are already out there or broadly expected:

On Wednesday, The Times got the scoop that the “rabbit [in the hat]” of the plans would be a cut to stamp duty, in a characterisation that demonstrated why the type of people who become “Whitehall sources” aren’t instead on the magical entertainment circuit.

Overall, it’s a lot of spending. So much so that on the core energy pledges, BNP Paribas economists can write with (presumably) a straight face:

While the exact cost of the recently announced energy support package remains to be seen, estimates range between GBP60-150bn.

Friday’s fiscal event feels like a key test of whether we’re undergoing a “vibe shift”. As New York Magazine’s vertical The Cut put it in a February piece that eerily front-ran the Russian invasion of Ukraine:

In the culture, sometimes things change, and a once-dominant social wavelength starts to feel dated.

Frustratingly, the piece engaged more with fashion than fiscal policy — but the phrase is still useful.

That’s because of the most unbreakable “vibes” of recent British economic history (ie since the financial crisis), has been book-balancing: the insistence, associated perhaps more with ex-Chancellor George Osborne than any other figure, that the UK must live within its means and avoid deficits. This Osbornomics approach to the public finances insists that all spending is balanced by revenues. He established the Office for Budget Responsibility — Britain’s fiscal watchdog, in media speak — to further entrench the approach.

Osborne came and went(ish), but his credo has remained integral to British political discourse about economics. “How will you pay for it?” has been a staple stick with which to beat any politician proposing to spend money on almost anything.

There’s an argument that, with Sunak’s defeat, the unceremonious ousting of veteran Treasury mandarin Sir Tom Scholar, and Kwarteng’s go-for-growth spending spree, that Osbornomics has finally been put to rest.

We wouldn’t be so sure.

One of the most obvious explanations for the appeal of the ideology is that it’s intuitive — hence the persistence of what Wikipedia calls the Government-Household Analogy, which frames government spending as being like that of a household. The tl; dr on decades of economic debate: it isn’t. Nevertheless, it has persisted.

In the UK, however, there’s another pragmatic angle that should be more seriously considered: the media perspective. Here’s the simple, inside-baseball truth: Osbornomics is a complete gift to the media.

A discourse of deficits and surpluses allows things to be framed in terms of successes and failures, of targets hit and missed.

Whenever a fiscal announcement is made, the OBR or the Institute for Fiscal Studies, or, indeed, often the FT — can therefore deliver a swift verdict, with the word “unsustainable” usually front and centre, and the bogeyman of borrowing is wheeled out.

That shouldn’t necessarily be read as a criticism of any of these groups — a ‘don’t hate the player, hate the game’ approach seems appropriate when looking at how such analysis is used to score political points.

Some people feel differently about this, here a portal to some discourse:

I designed the OBR and the intention was to improve the quality and transparency of policy making, and restore the credibility of the UK’s fiscal institutions. It’s done that and some https://t.co/NFbCMZArQo

On the broader point, our FT comrade Martin Sandbu has written something of a timely corrective:

It is all rather reckless. But there is one area where I think the carefree attitude displayed by the new stewards of the UK economy has something going for it, which is their lack of worry about the level of public debt . ..

. . . while governments should worry about maturity management, deficits in relation to the economic cycle, and above all how they tax and spend, they would do well to forget any targets for debt levels.

We’re not convinced such reasonable thinking will take hold. Again, the problem is that nuance is hard. See, for example, the BBC’s article “Where does the Government borrow billions from?”. It’s an ‘evergreen’ article that receives frequent small updates to reflect news developments, and undoubtedly gets absolutely tons of views.

The new Prime Minister, Liz Truss, wants to cut taxes, not raise them.

So, in order to help people with energy bills, the money will have to be borrowed.

But when governments borrow, the money has to be paid back eventually — with interest. This means taxpayers ultimately pay.

Something has to give. Kwarteng appears to want to finally exorcise the ghost of Osbornomics. In doing so, he may be forcibly engineering a vibe shift: break the fiscal rules, spend and (perhaps) be damned. It’s telling that some of Prime Minister Liz Truss’s biggest cheerleaders are now labelling the IFS as part of “the leftwing establishment”.

Really, we should broadly be focused on the quality of what he is spending the money on, not how much of it he’s spending. Indeed, for Labour, a shifting in the terms of engagement on this issue would surely be a relief.

Kwarteng looks to be, as he and Truss appear fond of saying, unapologetic. Ask for forgiveness, not permission. The only verdict that really matters is from borrowing markets: that’s the place where a major vibe shift now would really matter.

This Chancellor might be remembered for doing the right thing, at the wrong time.