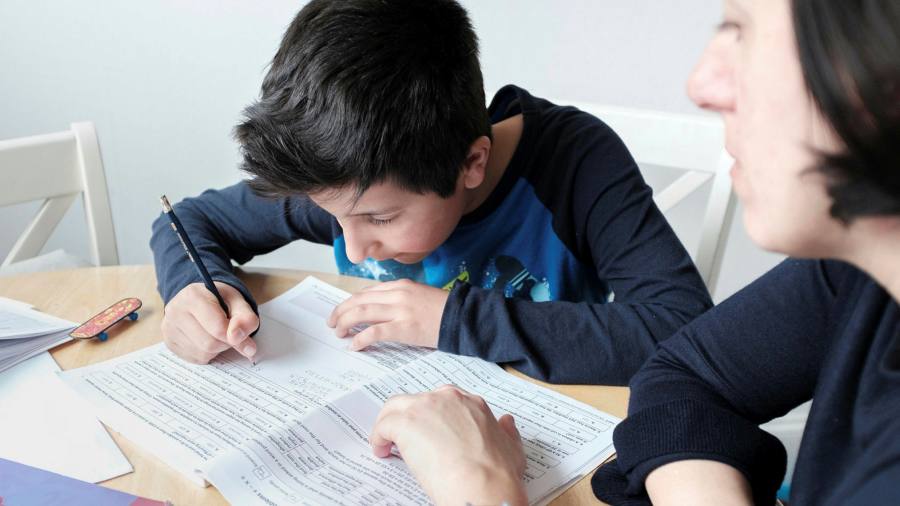 MPs have demanded the government prove its Covid education catch-up programme for England is working or drop the multimillion-pound contract with the company charged with delivery, as evidence mounts that the scheme is failing to meet its targets.

A report by the cross-party House of Commons education select committee published on Thursday concluded the National Tutoring Programme was “clearly not delivering” and risked an “epidemic of educational inequality”.

The call comes amid mounting anger from teachers and school leaders over the £1.1bn three-year NTP, which aims to help children catch up on learning lost during lockdowns. The scheme was originally run by the Education Endowment Foundation, a charity, but was outsourced to Randstad, a multinational human resources company, from this academic year.

Robert Halfon, the Conservative chair of the committee, said there was a “real question” as to whether the scheme was “actually working”.

“Our committee heard that it is not reaching the most disadvantaged children, there are significant regional disparities and there is a real risk of failure through Randstad as the delivery partner,” he said. “The government must ensure Randstad shapes up, or boot them out.”

Government figures show that by December last year the programme had started just 302,000 tutoring courses this academic year — 15 per cent of an “ambitious” 2mn target.

The main strand, directly overseen by Randstad, which paired schools with tutoring organisations through a portal headteachers described as a “bureaucratic nightmare”, had reached less than 10 per cent of its target for the school year.

The programme is falling short at a time when pupils need to make up lost ground after nearly two years of disrupted education.

Learning loss is also likely to have affected poorer students most, with disadvantaged children on average 0.4 months behind their peers and in some of the most challenging communities up to eight months behind, the EPI added.

In recognition of the widening “attainment gap”, the tutoring programme aimed to reserve 65 per cent of provision for disadvantaged pupils, who receive additional pupil premium funding from the government.

However, in an email seen by the Financial Times, Randstad wrote earlier this month to tutoring companies to tell them they were “no longer required” to meet the 65 per cent target.

The email said this was because support was needed for a “significant number” of pupils not eligible for pupil premium. An agreement with tutoring providers had been updated to reflect the change, it added.

The Department for Education said on Thursday the target remained in place. However, eight tutoring providers wrote to the DfE this month in response to the Randstad email that their instruction to ignore the target was a “dilution” of the programme’s “core original purpose”.

“We are concerned that this target has now been lowered due to Randstad’s apparent failure to deliver on the pupil premium target and to ensure uptake of the programme overall,” the letter, seen by the FT, said.

Natalie Perera, the EPI’s chief executive, said the select committee report reflected the charity’s concerns about “growing educational inequalities arising from the pandemic and the shortcomings of the government’s response”.

DfE said the programme was “on track to meet the ambitious target of teaching 2mn courses this academic year” and that it would “continue to work with Randstad”.

Randstad said it was “working closely with schools . . . who are best placed to select pupils that need tuition the most”.

The NTP was “helping young people catch up and move forward following the pandemic, particularly those from disadvantaged backgrounds,” it added.