Rishi Sunak: bowing to pressure may sink him further 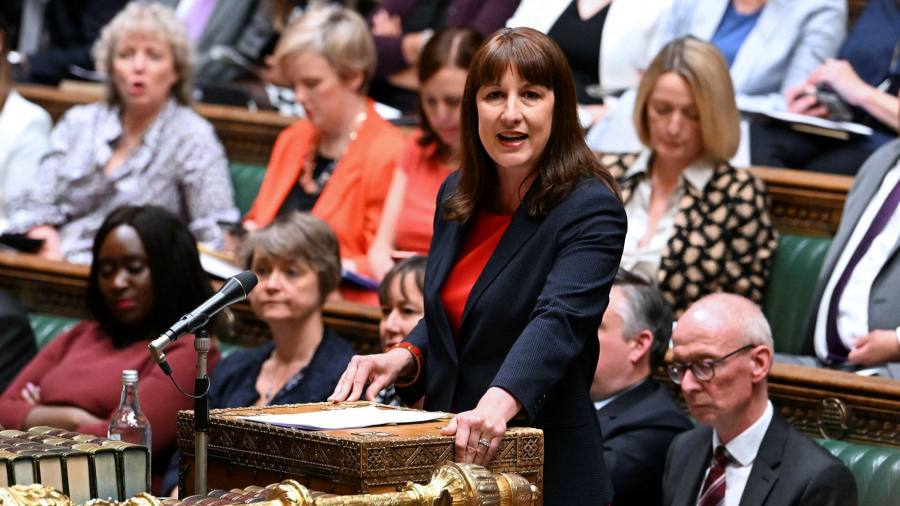 Good morning. Rishi Sunak has unveiled a new package of measures to support households before the autumn, funded in part by a windfall tax: two things that he very much did not want to do. Some more on that in today’s edition. Tell us what you think in our poll, and get in touch via our email address below.

The chancellor Rishi Sunak has unveiled a £15bn package to support households facing rising costs, but at the risk of further aggravating the inflationary pressures facing the UK. As Chris Giles explains here, economists are divided over whether the chancellor’s measures will ultimately lead to higher inflation and as a result higher interest rates and a recession:

Kallum Pickering, senior economist at Berenberg Bank, described the chancellor’s package as “misguided” because it “will add to demand at a time when private wages are surging . . . and most households have excess savings accumulated during lockdowns”.

“Keep this up and, eventually, the BoE will be forced to bring inflation under control by raising rates well above neutral and triggering a recession,” he added.

But Robert Wood, chief UK economist at the Bank of America, said the package would require the BoE only to impose “modestly higher interest rates” because tax revenues were also rising unexpectedly quickly.

Whether you think this raft of measures is not enough, about right or far too much, what’s worth remembering is that Sunak was of the view that the UK government needed to hang fire and do very little until very, very recently.

Sunak has opted to finance this using a £5bn windfall tax (in Sunak’s terms, a new “energy profits levy”) on oil and gas producers. The levy will remain in place until 2025, unless energy prices “return to historically more normal levels” in the meantime. The oil and gas producers aren’t happy. Neither is Lex:

The imposition by UK chancellor Rishi Sunak of a 25 per cent tax on the “extraordinary profits” of oil and gas companies fits satirist HL Mencken’s dictum about obvious solutions: neat, plausible and wrong.

Once again, this is a measure that the chancellor and much of the government opposed until very recently. Sunak has ended up with two new policies that the government didn’t want, delivered in a way that every government wants to avoid. The government’s move has given the opposition an opportunity to stand up and say “we called for this ages ago and now you’ve done it, we are the future, you’re the past”. (Which essentially is what the shadow chancellor Rachel Reeves said yesterday.)

The government has ended up with an approach that many ministers think won’t work and at the price of a political concession they didn’t want to make because of the prime minister. Johnson’s political position is fragile and he doesn’t like to deliver bad news.

Our approach to tackling inflation now vastly differs from last week’s for the same reason we have had three anti-obesity strategies and two Downing Street relaunches. It may be that the government gets lucky and its inability to hold a line under pressure means it has ended up with a better policy response this week than it had last week. But it’s a reminder that the one thing about a Johnson government you can rely on is that you can’t rely on it.

This emergency fiscal event isn’t just about Boris Johnson’s political weakness and personal style, however. As Helen Thomas says in her column, Rishi Sunak was always going to have to come back and do something like this:

When the chancellor of the exchequer sat down after what wasn’t apparently an emergency Budget, announcing what wasn’t called a windfall tax, the top item on the Treasury website was still about his Spring Statement two months ago.

That’s fitting. It was obvious then that Rishi Sunak would need to offer more help, with energy prices set to push typical bills to £2,800 this autumn, more than double the regulatory price cap a year before.

Much of the time since has been spent explaining why what the UK government announced on Thursday was a bad idea.

The case for Sunak’s defence is that by delaying the support package, he has managed to spend less overall than had he not held out. Because of the painful pressures faced by households, whatever the government had done would always have attracted criticism that it wasn’t enough. Many Conservative MPs think that had Sunak gone bigger in his last fiscal event, he would still have had to deliver a second emergency Budget, and the result would have been inflationary.

They see the chancellor’s habit of having to come back and add more on to his fiscal statements as a feature not a bug. Without it he would be spending and taxing even more than he is already.

But this comes with a political risk. Each and every time the chancellor does something, he ends up having to come back and do more and under political pressure.

Now, what we can say for certain, is that Sunak’s approval ratings have sharply declined from their peak. This chart is from the pollster Redfield & Wilton, but all the polls tell the same story.

It’s impossible to separate “the general economic problems facing Rishi Sunak” (Chris Giles has a smart and fun column on one of those problems here) from “the specific political and policy decisions made by Rishi Sunak” when we analyse the fall in the chancellor’s approval ratings.

But what is worth looking out for is whether this £15bn package makes any difference to opinions of Rishi Sunak or the government. Because if it doesn’t, that might well suggest that Sunak’s approach to these fiscal events comes with a heavy political cost for the government, even if his supporters are right to believe that it avoids a higher financial one for them. What do you think? Was it the right call? Vote in our poll here.

This weekend I will be watching the Champions League final. I am torn on who to root for.

Despite being an Arsenal fan, I have a sneaking affection for Liverpool Football Club, because my excellent former New Statesman colleagues Patrick Maguire and Henry Zeffman are Liverpool supporters, and because they prevented the ultimate calamity of Tottenham Hotspur winning the European Cup in 2019.

On the other hand, my excellent current colleague John Burn-Murdoch made a wry aside about Arsenal’s chances of reaching a European Cup final again any time soon that I did not especially care for, so there are a lot of factors to weigh up here. John wrote a great column this week about English dominance in European club competition.

I will, of course, be finding a venue where I can enjoy the game with an unnecessarily convoluted drink, but I very much enjoyed Alice Lascelles’ latest on the renaissance of British lager nonetheless. However you spend it, have a wonderful weekend.