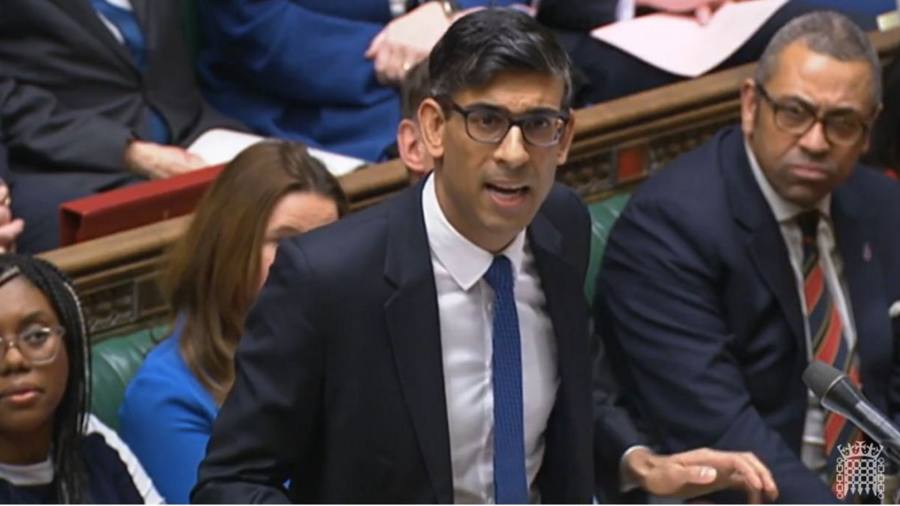 Rishi Sunak has been accused of being too “weak” to immediately sack Nadhim Zahawi, the Conservative party chair, over his £5mn dispute with the taxman.

The prime minister admitted in the House of Commons on Wednesday that it would have been “politically expedient” to dismiss Zahawi, but insisted the “proper process” was to have the case investigated by his ethics adviser.

Sir Keir Starmer, Labour leader, claimed the affair was evidence of Sunak’s weakness, saying at prime minister’s questions: “Is he starting to wonder if this job is just too big for him?

“His failure to sack [Zahawi], when the whole country could see what was going on, shows how hopelessly weak he is,” Starmer said. Some Tory MPs privately believe Sunak would be better to cut his party chief adrift now.

Downing Street refused to say whether Sunak was disappointed with Zahawi. An ally of the prime minister said she would not comment on Sunak’s “emotional state” in relation to the party chair.

She also declined to say whether Zahawi had offered to resign, saying she would not comment on private conversations. But an ally of Zahawi insisted: “He absolutely won’t be resigning.”

Downing Street said Sunak hoped that Sir Laurie Magnus, the prime minister’s independent ethics adviser, could conclude his report into the affair “as swiftly as possible”.

He will consider whether Zahawi broke the ministerial code, which sets standards for ministers including questions of honesty.

For the time being Zahawi, who last year settled an unpaid tax bill and paid a penalty to HM Revenue & Customs worth a total of £5mn, remains as party chair, in charge of preparing for crucial local elections in May.

Sunak told MPs last week that Zahawi had addressed the matter “in full”. Number 10 insisted Sunak only discovered last weekend that Zahawi had paid a tax penalty after the party chair issued a statement.

Zahawi, who said last year that claims of an HMRC investigation into his affairs were “smears” and whose lawyers issued warnings to those looking into the issue, remains in serious political danger.

Sunak told MPs that Zahawi settled with the taxman “before I was prime minister”. The issue was resolved while Zahawi was chancellor, the minister in charge of the public finances.

Tory MP Nigel Mills on Wednesday joined a growing number of parliamentarians voicing concern, calling for Zahawi to clarify why he was required to pay a penalty by HMRC.

“I think the only way to resolve this is to make clear what the situation was that gave rise to a significant penalty,” he told the BBC’s World at One. “If that can be explained we can all move on. If it can’t, then clearly his position won’t be tenable.”