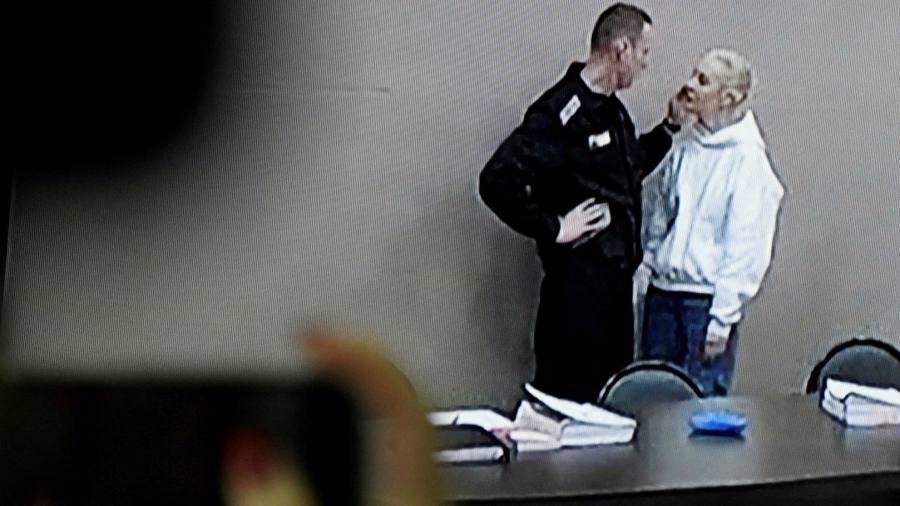 Russian dissident Alexei Navalny, President Vladimir Putin’s most prominent opponent, could face another 15 years in prison after a new trial against him began on Tuesday.

Prosecutors allege that Navalny — jailed last year for parole violations after recovering from nerve agent poisoning that he accuses Putin of ordering — stole Rbs356mn ($4.7mn) worth of donations to his Anti-Corruption Foundation, which Russia banned last year.

In an almost unprecedented move, the trial is being held in the notoriously harsh IK-2 prison colony east of Moscow where Navalny is serving his two-and-a-half-year sentence.

The hearing is being held in conjunction with separate charges of insulting a judge during misdemeanour proceedings after his arrest last year.

Navalny’s supporters said the combined charges could add up to another 15 years in prison on top of his existing sentence, with more proceedings yet to come to court.

The 45-year-old anti-corruption activist was forced to attend the trial in prison uniform, while reporters and his lawyers were not allowed to bring phones or laptops into the makeshift courtroom.

Navalny denies the charges, which he claims are revenge for surviving the poisoning attempt in Siberia in 2020 with the nerve agent novichok and exposing a chemical weapons hit squad from Russian secret services that he says tracked him for years.

“The only crime that I could have committed was to be afraid. I’m not scared of you and I call on [everyone] on camera not to be afraid,” Navalny said during the trial, according to Russian media reports. “Otherwise, we’ll spend our whole lives in poverty and servility, waiting for a future that will never come.”

“They want to hide him from everyone, from his supporters, from journalists. They really want to hide this new criminal case they’ve stitched up. It’s such a joke that they’re scared to hold the trial in Moscow,” Navalny’s wife Yulia wrote on Instagram.

A visibly gaunt Navalny, sporting a buzz cut, hugged his wife at the start of the trial and smiled and joked with reporters, according to video footage.

Navalny’s team, most of whom fled the country after a sweeping crackdown on dissent following his arrest, have said they fear the highly unusual proceedings could allow the Kremlin to hold him behind bars indefinitely while the west is focused on the threat of a renewed Russian invasion of Ukraine.

US and EU leaders have condemned Navalny’s imprisonment and vowed extensive sanctions against Russia if he dies in prison. Speaking alongside Putin after talks in Moscow on Tuesday, German chancellor Olaf Scholz said “his conviction is not compatible with the principle of the rule of law”.