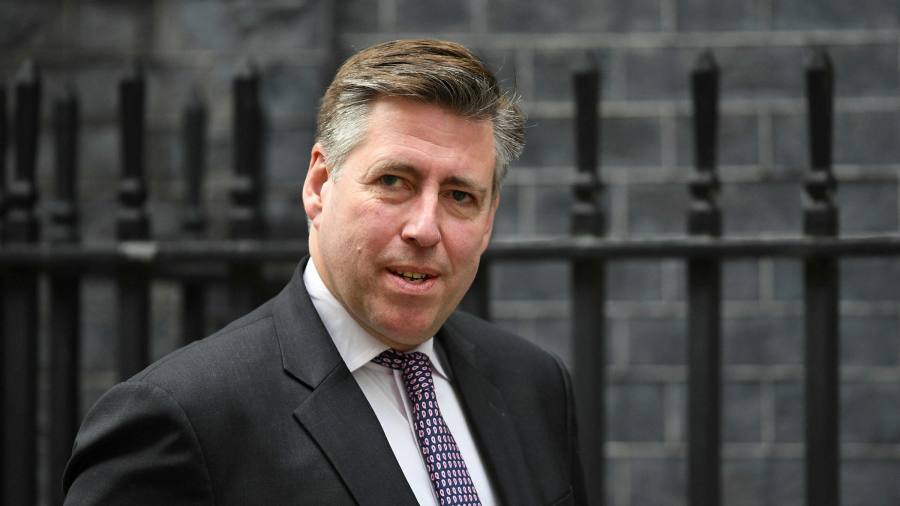 Good morning. Shortly after Theresa May survived a vote of no confidence in her leadership, one cabinet minister told me that “a better class of coup” would be needed to get rid of her: ie the party’s power brokers would need to get into gear, not the party’s backbenchers.

As Tory MPs come closer to hitting the 54-letter threshold for a no-confidence vote, I think it’s still true to say that it will take “a better class of coup” to remove Boris Johnson as Conservative leader and prime minister. Because so many Tory MPs are on the government payroll, a no-confidence vote is hard to lose. All that plus some civil service reform in today’s newsletter. Get in touch at the email address below.

At the time of writing, 27 Conservative MPs have now publicly called on Boris Johnson to resign (Sky’s Tom Larkin has a handy spreadsheet here). Given that it is more politically painful for an MP to call for their prime minister to quit in public than it is to write a letter calling for a no-confidence vote, most people at Westminster believe that we are fairly close to triggering the ballot on Johnson’s leadership.

For those of you in need of a refresher: to remove a sitting Conservative leader, 15 per cent of the parliamentary party must write to Graham Brady, the chair of the 1922 committee of Conservative backbenchers, calling for a no-confidence vote. Once that bar has been reached, a simple up down confidence vote is called. To survive, Boris Johnson would need the support of half those voting.

Only Brady knows how many letters have been submitted, and if the threshold has been reached, there is no requirement for him to immediately say so. This is one reason why some MPs think that the number has been hit already. They think he will wait until the House of Commons returns from recess next Monday and the platinum jubilee is out of the way.

As the Financial Times’s Whitehall editor Sebastian Payne reports, others believe that Johnson will face a no-confidence vote should (as is highly likely) the Conservatives lose two parliamentary by-elections next month.

But hitting the threshold to face a no-confidence vote and actually losing it are two very different things. It’s impossible at this stage to predict how Conservative MPs would behave in the event of a vote. Because so many Conservative MPs are on the government payroll, they would be running the risk of losing their government positions if they vote for a change of leader. This means that Johnson would surely start in a very good position to survive that vote.

Islands in the stream

Ben Riley-Smith has a scoop over at the Telegraph: the civil service fast stream will be paused for “at least a year”, in plans approved and forced through by the prime minister. He reports:

The scheme, designed as a way to get the country’s brightest graduates working for the Government, will not run in 2023 as part of efforts to shrink the Civil Service by a fifth.

The decision was signed off at the Cabinet Office board meeting on May 19, which was chaired by Stephen Barclay, Mr Johnson’s chief of staff.

A line in the meeting’s minutes leaked to The Telegraph reads: “The chair confirmed that the Prime Minister had decided the fast stream would be paused for at least a year.”

The move will be billed as part of plans to shrink the civil service by a fifth, cutting 91,000 jobs. For context, in any given year, the fast stream recruits 1,000 people (and they are cheaper per head than other civil servants).

It’s a bit like saying that as part of my plan to develop a six pack, I will stop drinking wine at lunch. I don’t drink wine at lunch all that often and it’s not really a substitute for the hard work of putting on muscle.

If you want to lose 91,000 civil service jobs, you need to think about what you want the civil service to stop doing. However, that would entail fights, controversies and political rows of the kind that this government doesn’t really have the stomach for. Freezing one of your graduate recruitment schemes allows you to look a bit like you might meet your ambitious target to shave 91,000 civil service jobs, while ensuring you don’t have to think or do anything particularly controversial. This is also the attraction of “shrinking the civil service” by just not filling vacant roles.

Morale in the civil service at the moment is rock bottom. Civil servants feel bruised by the ever-changing demands on them because Downing Street’s political priorities and directions change so often. They are also dispirited by the inquiry into lockdown breaches in Downing Street and its consequences, and as one put it, “traumatised” by the at times toxic work atmosphere that has developed in parts of government.

As a result, many civil servants are looking for other jobs or have left their posts recently. While I think we should be dubious, to put it mildly, that the government will get anywhere near its 91,000 target, we should also expect that the delivery of government policy will become increasingly erratic as the civil service shrinks, not through any big plan of reform but via erosion — as recruitment freezes and staff exits see the civil service shrunk in a haphazard way.

Summer is coming: you can tell because it is wet and cold in London. Still the season does, at least, mean there is a lovely piece for you to read about sardines by Bee Wilson.