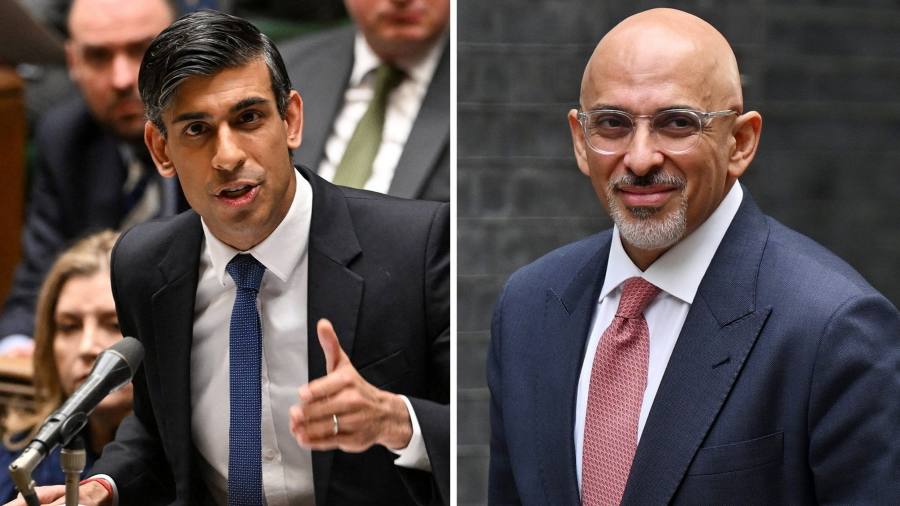 Rishi Sunak will on Wednesday face renewed calls to sack Conservative party chair Nadhim Zahawi, as Labour challenges the prime minister on why he did not find out sooner the details of his minister’s £5mn tax dispute.

Sir Keir Starmer, Labour leader, will demand answers from Sunak at prime minister’s questions. “The key question to Sunak is: what did he know and when did he know it,” said one Starmer ally.

Sunak told MPs last Wednesday that Zahawi had “already addressed the matter in full and there is nothing more that I can add”, as he attempted to draw a line under the matter.

But three days later Zahawi admitted that he had paid a penalty to HM Revenue & Customs, the tax authority, as part of a settlement of about £5mn over unpaid taxes. Sunak’s allies said Zahawi’s statement “came as news to us”.

Starmer will try to establish why Sunak did not know the facts of the affair last week — the story of the tax settlement broke days earlier in the Sun on Sunday — when he told MPs the matter had been addressed “in full”.

Sunak has now asked his ethics adviser, Sir Laurie Magnus, to “get to the bottom” of Zahawi’s tax affairs. Zahawi will be held to have breached the code if he is found to have misled the prime minister.

The prime minister’s allies insisted that Sunak was abiding by the correct process but could not say how long the Magnus inquiry would take. “It’s quite complex,” said one. “It depends on how many people he wants to interview.”

A Conservative MP and former minister, Caroline Nokes, called for Zahawi to resign. “When you become the story, it’s a distraction from everything else the government is trying to do,” she said. Some other Tory MPs privately agree.

Policing minister Chris Philp defended Zahawi’s right to remain in post while the investigation took place. However, a series of parliamentary events in coming days could prolong media focus on the affair.

On Thursday, two House of Commons select committees will hold hearings that are likely to feature questions on the case.

In one, the Public Administration Committee will hear from Oliver Dowden, the minister in charge of the Cabinet Office, and Alex Chisholm, the department’s most senior civil servant.

The department organises the vetting of ministers before their appointment to government, the process that seems to have prompted Zahawi to resolve his tax situation when he was appointed chancellor by Boris Johnson last year. Zahawi served in the post for two months.

In another hearing at the same time, the public accounts committee will hear from Jim Harra, HMRC’s chief executive, and two senior compliance officials. The officials are bound to be questioned about the process by which Zahawi came to settle his outstanding tax bill.

On February 7, meanwhile, the Commons Culture, Media and Sport select committee will hear from Richard Sharp, the BBC chair, who is embroiled in controversy after having helped Johnson secure an £800,000 loan.

The committee said it had asked him to come back to the committee to give evidence “following media reports about his appointment”.

Sharp has insisted he did nothing wrong and played only a minor role by putting Sam Blyth, Boris Johnson’s distant cousin, in touch with cabinet secretary Simon Case. Blyth acted as a guarantor of the loan.