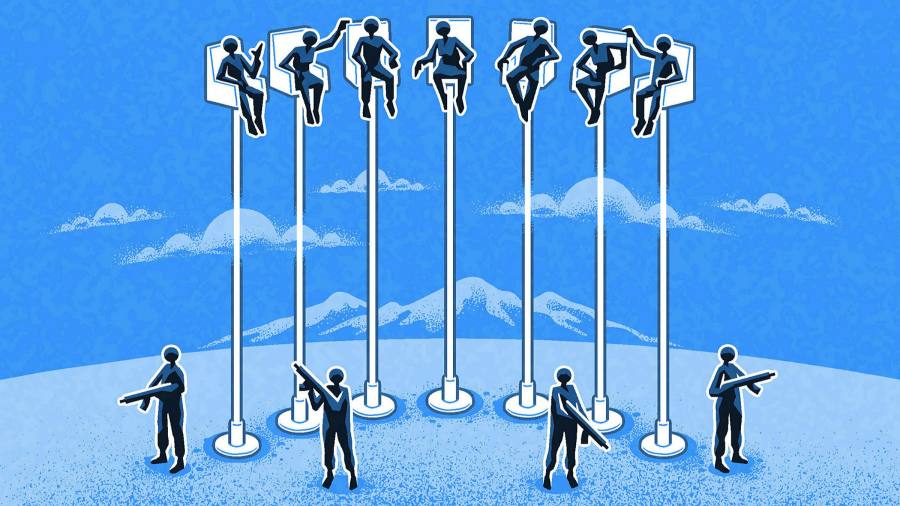 If the rich don’t give a bit more today, they may have to give a lot more tomorrow. That was my conclusion from last week’s World Economic Forum in Davos. I came away feeling that the 0.1 per cent was more out of touch with the state of the world than it has ever been in the 20-odd years I’ve attended the conference.

Maybe it was the Saudi-sponsored café on the promenade, branded with the name of Crown Prince Mohammed bin Salman, the man who, according to declassified US intelligence, was responsible for the murder of exiled Arab journalist Jamal Khashoggi. Or perhaps it was the socialite who told a Ukrainian official addressing her luncheon to “keep it short”.

It could have been the conversations about climate change held over beef dinners. Or the massive armed police and security presence, which always makes me wonder if the global elite ever consider why so much protection is needed at these gatherings in the first place.

Davos isn’t the problem — although it’s certainly not the solution. But the annual jamboree is a high-profile measure of the fact that despite all the talk over the past several decades about stakeholder capitalism and “doing well by doing good”, the state of the world isn’t improving.

Indeed, I’d argue it’s getting worse, and a large part of that is down to the fact that, even as business talks about curbing emissions or improving education or bolstering healthcare, it is all too often undermining the public sector which is responsible for making those things happen. Aside from the Patriotic Millionaires, for example, who joined a protest demanding “tax us now!”, few of the super-rich seem to think about paying tax as anything other than a personal assault. Government is meant to give but never take.

I marvelled at one executive who told public officials not to worry, that business “wasn’t asking for any money” to make a shift to a carbon neutral economy. How generous, given that corporate profits remain near record highs even as governments are struggling under the weight of pandemic fiscal programmes — plus the additional debts accrued over the past two years of slower growth and lower tax receipts.

There was, as always, plenty of discussion about the declining skill levels in many rich countries as public education has failed to keep up with technology. In the case of the US in particular, we endured the usual moaning about the loss of global competitiveness from failing infrastructure. But nobody seems to dwell on the fact that the public sector lacks the capacity to properly rebuild these systems precisely because business has so successfully lobbied against its ability to do so.

Don’t even get me started on the cost of private healthcare, or the mystery of why the US business community itself isn’t lobbying nonstop for a public sector alternative. This reform would make it so much easier to compete with European countries and other nations that support healthcare as a public good, one that brings significant (albeit not precisely tallied) economic benefits in the form of a more productive workforce.

The point here is that western business leaders have for many years blamed governments for not delivering on basic public services. But blanket privatisations and the neoliberal race to the bottom for offshoring both wealth and labour has ensured that it’s harder and harder for them to do so.

Yet business is never willing to acknowledge its own role. Too many chief executives prefer to have endless and (often) empty and fruitless conversations about “stakeholder initiatives” and “public-private partnerships”. None of which is making up for the basic hollowing out of public services in many liberal democracies.

Some progress is being made by politicians. The recent OECD tax agreement, led by US Treasury secretary Janet Yellen, is a step in the right direction. American Commerce secretary Gina Raimondo, the most senior member of the country’s Davos delegation, talked about how investment must take the place of deregulation and tax cuts as a growth prescription for the future.

But you can’t fix a 40-year problem overnight. Building back the “human capital” (as Davos Man would put it) in US politics is going to take time. There’s an entire generation of talent missing, because from the late 1980s onwards, the money culture drew the best and the brightest to Wall Street or Silicon Valley rather than to Washington. That’s one big reason why we now have an ideologically and age-bifurcated political class, led by near-octogenarian centrists like Joe Biden or young radicals like Alexandria Ocasio Cortez.

Business should mind that gap, which certainly isn’t good for “growth and stability”, the two things that executives keep calling for. They use this mantra during times that are increasingly economically and politically unstable thanks, in good part, to their own efforts. I fear the divide between the health and prospects of the public and private sectors, as well as between capital and labour, may get worse before it gets better.

One of the important topics that was discussed in Davos was the expectation of a coming wave of white collar outsourcing and tech job displacement. As one American chief executive said when discussing remote work: “If you can do it in Tahoe, you can do it in India.”

I wonder how that will go down with workers and voters in rich countries.