The EU should press Hungary hard on rule of law 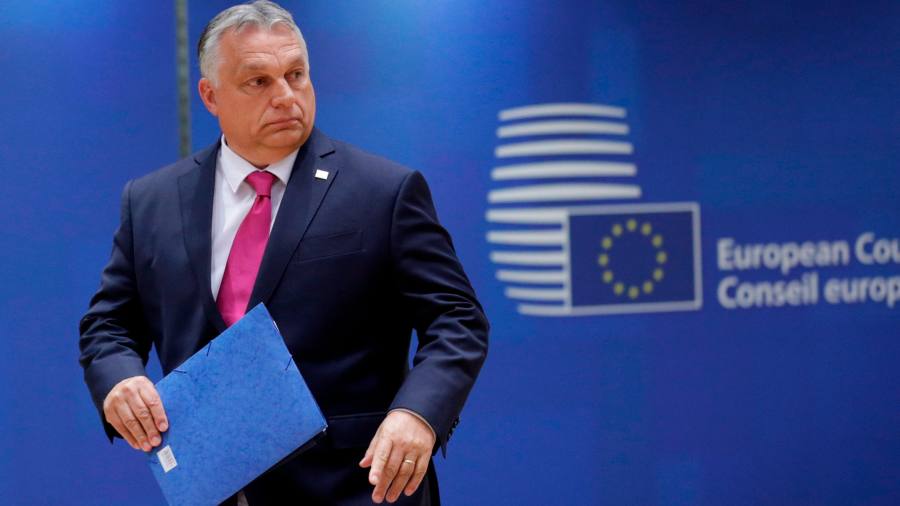 For years, the EU lacked adequate mechanisms to penalise member states guilty of backsliding on democratic and legal safeguards. New rules last year finally gave it a formal, usable tool: the ability to suspend funds if a country violates principles of the rule of law so that EU money risks falling prey to corruption and misuse. The European Commission’s proposal this week to withhold from Hungary €7.5bn of cohesion funds — provided to less developed parts of the EU — has been a long time coming. Brussels and EU capitals should not shrink from using it effectively.

The commission is already holding up money to another central European rule-of-law offender, Poland, from the EU’s Covid recovery fund until Warsaw meets conditions designed to safeguard judicial independence. But Viktor Orbán’s Hungary — described by a European Parliament report last week as a “hybrid regime of electoral autocracy” — is the first to be targeted by the so-called rule of law conditionality mechanism. If EU states backed Brussels’ proposals by a qualified majority, Hungary would lose one-third of the €22bn cohesion funds it is due to receive up to 2027.

The commission has also said €5.9bn of grants Hungary is seeking from the recovery fund could be affected if it did not address rule of law issues. At risk, notes Eurasia Group, a consultancy, are non-repayable grants worth 8.5 per cent of Hungary’s gross domestic product.

Hungary remains one of the largest net recipients of EU funds as a share of GDP even though Orbán has for years thumbed his nose at EU values. Critics charge that as well as helping his Fidesz government to deliver growth and higher living standards while it has consolidated its hold on power, EU funding has been used as part of a system of patronage for loyalists.

Funds from the bloc have become particularly important now, as Budapest grapples with galloping inflation, a growing fiscal shortfall and a plunging forint — resulting from a spending spree linked to elections last April, and EU-wide economic pressures related to the conflict in Ukraine.

That gives the commission and EU capitals real bargaining power if they choose to use it. Indeed, Budapest has scurried to offer some 17 remedies to address the commission’s concerns over how EU funding is policed in the country, including creating an “integrity authority” and an anti-corruption task force. The EU’s budget commissioner says these are “important commitments in the right direction”.

Yet democracy activists worry that the EU’s threats will again prove toothless. Even if the bloc did freeze €7.5bn in cohesion funds, Budapest would still be receiving two-thirds of what was earmarked. Orbán critics fear many capitals will shy away from doing even that, as they seek to keep Hungary on side over sanctions against Russia. Hungary’s premier has reportedly told his party sanctions should be scrapped.

There is a serious danger, too, that Budapest’s reform pledges will prove largely cosmetic. Orbán has often promised steps to address concerns over democracy, media freedom and rule of law that amount to less than they appear, in what he has called a “peacock dance” with EU bodies.

With rule of law concerns emerging in countries such as Bulgaria, how the EU deals with both Poland and Hungary will set a crucial example. If it chooses to accept Budapest’s reform pledges, robust verification is needed. As with Poland, no frozen funds should be paid out until the promised steps have both been enacted and are operating properly. If the EU is to maintain its credibility it has to be ready to defend its values against not just external threats, but those that come from within.