The wealthy who like the idea of a wealth tax 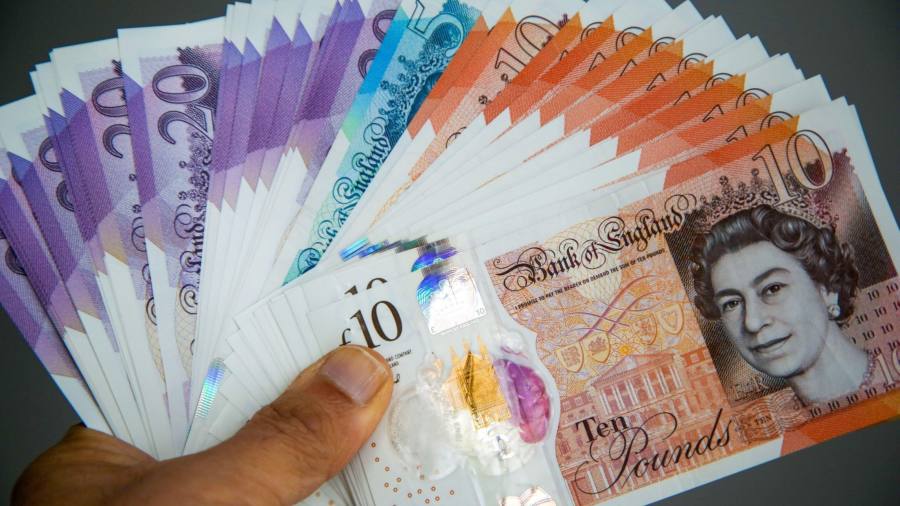 Last week’s UK Autumn Statement (a budget in all but name) seems to show that everyone — bar a few Tory backbenchers — is a tax-raiser now. In the UK, as across Europe, government budgets are weighed down by the combination of a war- and energy cost-induced economic slowdown and rising interest rates from central banks intent on reining in inflation.

But look closely at the fiscal consolidation proposed last week, and [more than half of it] will come from spending cuts, not tax rises. And, as I pointed out in my little list of ways to make Britain’s budget maths add up, the UK remains one of the lower-taxed advanced economies. I also included my go-to suggestion for how to raise more tax revenue while boosting growth: a net wealth tax.

Faithful readers of Free Lunch will know that a wealth tax is a recurring topic here — we devoted a whole episode to it in our video spin-off, Free Lunch on Film.

Video: ‘Why we need a wealth tax’

One thing I realised while working on that film is that it is very hard to get the people who would be most affected by a wealth tax — the wealthy, and especially the very wealthy — to talk about it, certainly on the record. So I was intrigued to read an op-ed by a successful entrepreneur calling for higher taxes on people like himself — including a wealth tax.

The writer was Ian Gregg, who once ran the UK bakery chain Greggs and oversaw its expansion from neighbourhood baker to high street staple. I caught up with him to hear more about his thinking — which, it should be clear, is only his and has nothing to do with Greggs, which he has not been involved with for decades.

When I asked what made him go public calling for higher taxes on the wealthy, he admits it wasn’t a natural thing for him to do, but “I felt sufficiently strongly about this to stick my head above the parapet.” And from what he says, he is not alone. After his article, “quite a number of significantly wealthy people have said to me: ‘I agree with every word’. There is a wider appetite [for higher taxes] but people don’t talk about it because it has been such an electoral anathema over the years. But there is more of an appetite among well-off people than I imagined.”

For Gregg, and those like-minded wealthy people he describes, it is above all a sense that things are simply not fair anymore. “Wealth in the country is concentrated more and more in a few hands and it seems unsustainable and inequitable that that keeps going on and on . . . I would much rather pay a bit more in tax and live in a society that has decent values and where people weren’t suffering so much.”

I wonder if the wealthy who want to be taxed more do so merely out of a sense of fairness or also with a view to the eventual political reaction if they are not — a fear of the pitchforks. Gregg thinks “it’s mostly the former but also a bit of the latter . . . We won’t get through this without a change in attitude and working together — we won’t get through it if large parts of the working population feels disenfranchised from reasonable standards of living.”

In his op-ed Gregg offers a list of possible tax changes, and emphasises he is really just “giving examples” of things that can be done. But I am particularly interested in his endorsement of a wealth tax, since unlike raising rates on taxes we already have, this would be a completely new and quite different tax. Why does he support it?

“A 1 per cent wealth tax, I am informed, would raise £10bn a year”, he says. (In his op-ed he suggests levying 1-2 per cent on net wealth above a £10mn threshold, and the independent Wealth Tax Commission’s excellent wealth tax simulator does indeed project £8.9bn-£16.5bn annual revenue from such a tax.) That rate is “quite a reasonable amount to pay — I wouldn’t have had any problem with that”.

Wouldn’t investment and entrepreneurship suffer if the rich are squeezed in this way? “In the 1970s that was what happened.” But “it depends on the level . . . not if one was paying [a wealth tax of] 1 per cent. Most wealthy people manage to increase their wealth by significantly more than 1 per cent a year, with wise investment.”

What about avoidance through clever tax schemes? “It is obviously a problem but if there were some proper thorough reform of the tax system . . . I would have thought a determined government should have been able to do something about it.” And isn’t there a risk that some rich people would simply leave? “I’m sure there are people who are very calculating. But when you think about the benefits of living in the UK — the legal system and the way of life — [many would want] to help to preserve that, to pay a little bit more towards maintaining it and keep a sense of fairness.”

Gregg points out that we can notice some dramatic changes in attitude. Like me, he sees the reaction to the Liz Truss/Kwasi Kwarteng “mini” Budget as revealing how few people actually believe in the growth recipe of tax cuts for the wealthy.

“One thing that struck me forcibly was the reaction to the brief spell of Truss in power — the reaction against their proposal of cutting taxes for the well-off was pretty amazing. Pretty universal, very vociferous, a lot of people feeling this really was taking it one stage too far. And it’s not a big jump from there to say we’re not just not going to reduce what the wealthy pay but ask them to pay a bit more. Given the circumstances the country’s in, there could well be a major change of heart.”

What do other Free Lunch readers think — there must be some among you with substantial wealth? Do you think you should be taxed more, and in particular would you, like Gregg, endorse a wealth tax like the one he suggests? Do share your views! In the meantime, why not look up my old piece on why successful capitalists should love a wealth tax more than anyone, and more than other taxes — because a wealth tax is capitalism’s handmaiden.