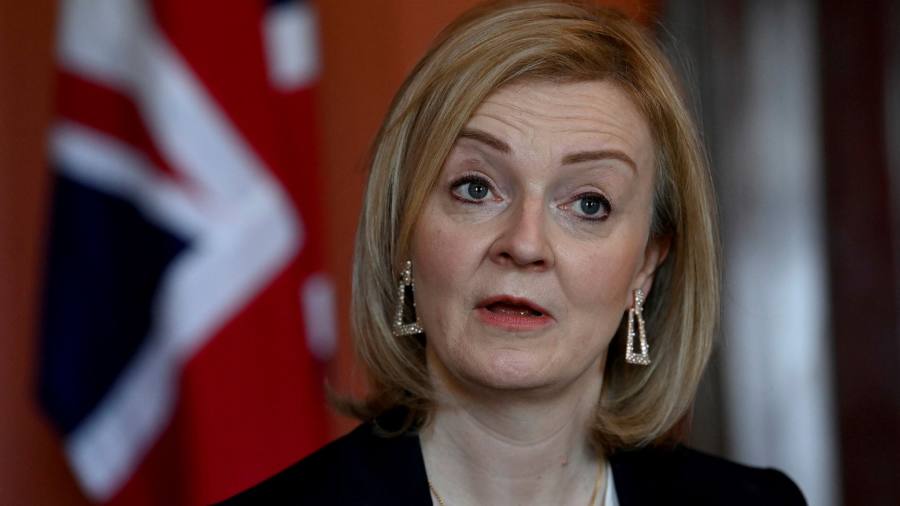 Britain and the EU will on Monday agree at a key “stocktaking meeting” to keep talking on reforms to post-Brexit trade rules with Northern Ireland, as both sides try to avoid splits during the Ukraine crisis.

Months of negotiations on the so-called Northern Ireland protocol have yielded little progress, prompting speculation that Boris Johnson, UK prime minister, could soon suspend parts of the accord to curry favour with Eurosceptic Tory MPs.

But Liz Truss, UK foreign secretary, will tell a meeting in Brussels that she wants to settle the row to allow both sides “to focus on building a stronger relationship and focus on external issues, not least the situation in eastern Europe and standing up to Russian aggression”.

The “joint committee” — a forum including the UK, the European Commission and EU member states set up to monitor the Brexit agreement — is meeting for the first time since June 2021.

The meeting will note some limited progress in talks to simplify post-Brexit trade between Great Britain and Northern Ireland, but will acknowledge that big gaps remain. “It won’t be a breakthrough or breakdown,” said one EU diplomat.

The stand-off over the protocol has triggered speculation in Brussels and Whitehall that Johnson will soon deploy Article 16, the safeguard clause of the agreement, allowing him to suspend some parts of the deal.

Contingency planning has been stepped up in London for such an outcome, including likely trade retaliation by the EU. The US has also warned of trade repercussions if Article 16 is activated, although the UK insists Washington is not linking discussions on steel tariffs to Northern Ireland trading rules.

But Johnson is under pressure from the pro-Brexit European Research Group of Tory MPs to suspend the protocol, which was agreed in order to avoid the return of a north-south trade border on the island of Ireland and left Northern Ireland in the EU single market for goods.

EU diplomats fear that Johnson may cede to that pressure, particularly if the Metropolitan Police fine him for breaching Covid rules in the so-called “partygate” affair, putting his leadership under renewed scrutiny.

“It wouldn’t surprise us. Johnson will do anything to stay in power,” said one diplomat.

An alternative UK strategy could be to request further delays to instigating full checks on goods from July while continuing talks. The EU would have to decide to refuse or restart legal proceedings for the UK’s failure to implement the protocol.

British government officials admit that there has been “increasing chatter” about Article 16 and that Northern Ireland’s pro-UK Democratic Unionist Party, which opposes the protocol, has been urging the ERG to push Johnson to put it into abeyance.

One Tory official said there was “no imminent move” towards using Article 16. The official added: “Nobody is expecting all that much from Monday’s meeting but that obviously doesn’t necessarily mean Article 16 is inevitable.”

The only concrete achievement after months of UK-EU talks has been to ensure free circulation of medicines from Great Britain to Northern Ireland after Brussels agreed to change its rules to allow UK regulators to approve them.

The two moved some way to converging their positions on customs formalities, but large gaps remain on the sensitive issue of checks on food, and animals and plants.