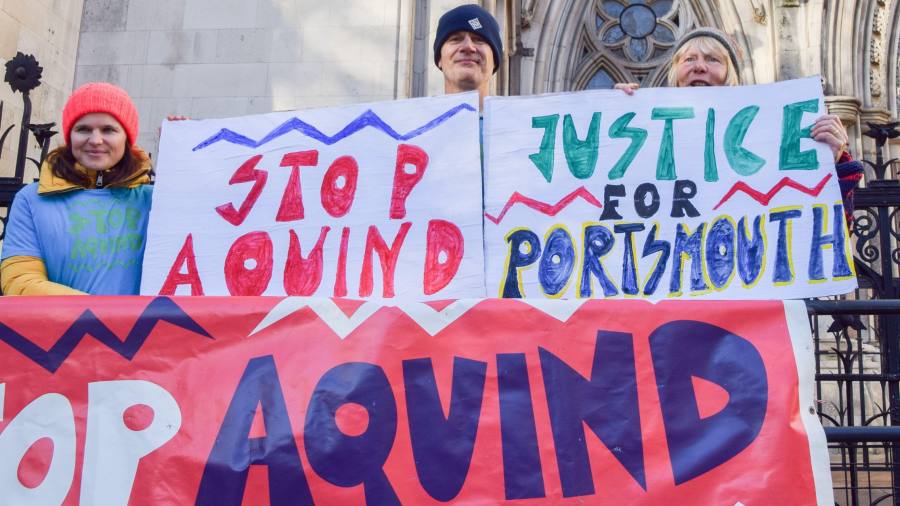 The High Court in London has overturned a government decision to block a £1.4bn undersea electricity cable to France planned by an energy group backed by two tycoons born in Russia and Ukraine.

Plans to lay an interconnector from the south coast city of Portsmouth that would be able to supply up to 5 per cent of the UK’s energy from the French grid were refused development consent by Kwasi Kwarteng, the then business secretary, in January last year.

In response, Aquind, the company behind the plans, sought a judicial review of the decision.

On Tuesday, the court ruled that the government would need to review its refusal to grant development consent for the high-voltage undersea power cable on four out of the seven grounds in the judicial review. Aquind needed only one to overturn the decision.

The case will now go back to Grant Shapps, business secretary, for a redetermination in part based on the court’s judgment.

Temerko is a prominent donor to the Conservative party, having alongside Aquind given about £1.5mn to the party and its MPs, and has been vocal in his support for former prime minister Boris Johnson in the past. Both Fedotov and Temerko are British citizens.

The project has been the focus of cross-party protests by Portsmouth residents and environmental campaigners as well as opposition from Tory minister Penny Mordaunt and Labour’s Stephen Morgan — both local MPs — who raised concerns about “damage to national security”.

Aquind has said that it “refutes any insinuations of security risks”. Temerko has criticised Mordaunt, a Tory MP, for “political interference” in the project.

Morgan said that Tuesday’s announcement would be “a bitter blow” to local people.

“It’s been clear from the outset that this project would bring untold disruption to our daily lives and natural environment, with no clear benefits. Meanwhile the company directors’ cosy relationships with government ministers continue to raise suspicions,” he said.

Mordaunt said she believed the government’s decision was “the right one” and would be upheld. “I also know that our whole community will again make the case for why this is so damaging, not just to our local area, but to the whole of the UK.”

The project, a 2,000 megawatt subsea and underground electric power transmission link through Portsmouth in Hampshire to Normandy in France, would have the capacity to transmit up to 16mn MWh of electricity per year, or about 5 per cent and 3 per cent of the total consumption of the UK and France, respectively.

Richard Glasspool, an Aquind director, said in a statement that the company “looked forward to re-engaging with local residents, stakeholders, environmental experts, and energy professionals in order to pursue the commitment to meeting the UK’s net zero energy target”.

The government said it was “disappointed by the outcome but we will be considering the judgment carefully before deciding next steps”.

Aquind has already spent £60mn on preliminary work on the project, and said that it had attracted “significant funds” to finance the pre-construction stage of the project.

Aquind will complete the tender process and proceed to the initial phase of construction if and when the government grants development consent for the project, which was first mooted in 2015.

The group said that the new link would help address the shortage of power generation infrastructure in south-east England, “boosting energy security and resilience against fossil fuel price and supply shocks by connecting power generation capacity in Britain and France”.