UK left out in the cold from flagship science programme 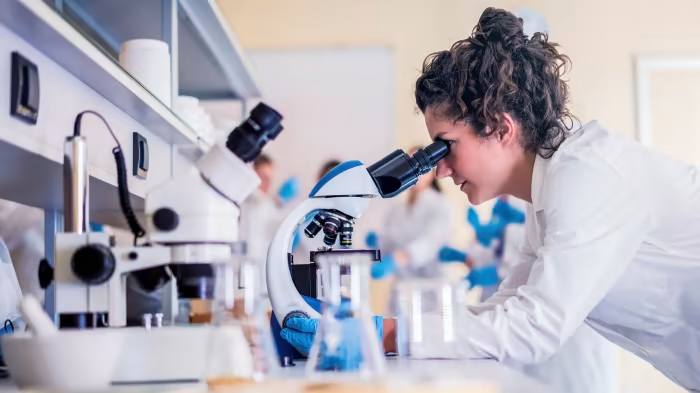 This article is an on-site version of our Britain after Brexit newsletter. Sign up here to get the newsletter sent straight to your inbox every week

There can be few more depressing outcomes of Brexit than the current stand-off between London and Brussels over the UK’s associate membership status for the EU’s flagship Horizon Europe science collaboration programme.

As Tim Bradshaw, the boss of the elite Russell Group of universities, described it last week when appealing to both EU and UK leaders for common sense, the €95.5bn Horizon Europe programme is the “Champions League” of scientific collaboration in the European neighbourhood.

And the UK, which has a massively strong science base, has historically been a top-table player in this league, with the Russell Group universities snaffling 1,400 grants — more than the whole of France in the previous iteration of the programme, Horizon 2020.

In that seven-year funding cycle, UK researchers won some 1,500 European Research Council (ERC) grants which carry a unique cachet in the research world, leading to over 31,000 collaborative research links between the UK and countries around the world.

However, now the UK finds itself blocked from taking up associate membership status in the successor fund — Horizon Europe — because of the government’s failure to honour the agreement over post-Brexit trade in Northern Ireland. Switzerland, another scientific powerhouse, is also excluded for political reasons related to a broader disagreement over the country’s relations with the EU.

The UK’s associate status in Horizon Europe (including financial contributions of some £15bn over seven years) was agreed as part of the EU-UK Trade and Cooperation Agreement and was a rare example of where the Johnson government overcame its Brexit myopia to remain an active participant in an EU-wide scheme.

And it is hard to overstate the value of the scheme to the scientific community. Vivienne Stern, the director of Universities UK International, which represents British higher education institutions around the world, calls the programme (which the UK helped to create) “visionary and brilliant” creating output that is far bigger than the sum of its parts.

“You can do individual country to country collaborations, but they are scrabbly and difficult. The visionary and brilliant thing about Horizon is that it allows the ‘best of the best’ to work together at a scale that is just impossible when stitching together domestic collaborations,” she explains.

The problem now, says Stern, is that even though the UK could still participate in some elements of Horizon as a so-called ‘third country’ — since the UK government has guaranteed to fund UK collaborations on that basis — other Horizon partners are nervous about taking on British partners with an uncertain status in the scheme.

This chilling effect was actually evident even before this row. Academic research published in October 2020 showed that international collaboration by British businesses under the previous scheme Horizon 2020 had almost halved between 2016 and 2019.

If relegated to being a ‘third country’ partner in Horizon, the UK cannot apply for ERC grants and also cannot hold lead status in collaborative projects — a particular blow for the UK which is overweight on scientists capable of instigating and leading projects.

Over time, the corrosion of these kinds of links risks sucking scientific talent and investment away from the UK just as the government is professing its desire to turn the country into a “scientific superpower”.

This will also be a loss to the EU. As Bradshaw, the Russell Group boss, observed in his letter to the EU Brexit negotiator Maroš Šefčovič, continuing to refuse to complete the UK’s association status with Horizon Europe will lead to “an outcome which will leave both the UK and the EU worse off”.

The pleading of EU scientists who — to quote the Nobel Prize-winning astronomer Didier Queloz in the FT last month — are fed up with being used as a “bargaining chip” in the negotiations over Northern Ireland, has similarly fallen on deaf ears at the Commission.

Last November the EU’s research and innovation community representing over 1,000 universities, wrote to the European Commission calling for the UK’s participation in Horizon Europe to be unblocked. To no avail. Similar pleading for Swiss inclusion has been equally unsuccessful.

Such is the mentality in Brussels at the moment — a kind of wearied fury with Johnson’s government — that the brute calculation remains that this will hurt the UK more than the EU, and that a line has to be drawn over UK threats to unravel the deal it signed.

This might feel like a slightly unedifying position for an organisation that wants to retain the moral high ground in this dispute, but it’s hard to find a single diplomat or EU official that thinks the Commission will be backing down.

And with the UK’s latest legislation to unilaterally tear up the Protocol expected to take a year to be pushed through Parliament — assuming it is blocked in the Lords — there is no expectation that the deadlock will be broken in the near future.

Which brings us to ‘Plan B’ or what the British government does on a go-it-alone basis if, as looks likely, it remains shut out of associate status in Horizon Europe in the medium term.

The detail of Plan B is still to be announced, but it is in gestation between the Business Department, UK Research and Innovation and the scientific academies, with consultations expected soon with the wider scientific community.

Martin Smith, head of policy lab at the Wellcome Trust, the charitable foundation that dished out £1.2bn in grants last year, says that the UK government must aim to be ambitious in order to offset what he calls the “reputational hit” of being outside the Horizon programme.

As well as continuing to fund UK researchers who had won ERC awards directly, Smith says the government must do more to make it easy for international scientists to come to the UK.

Currently it costs £15,000 in legal, visa and NHS surcharge fees to bring a top scientist and their spouse, with two children to the UK — that’s a significant barrier when you consider a top EU scientist can move to another EU country cost-free and without the bureaucracy.

At the same time, adds Stern of UUK, the government could look to offer some sweeteners, for example offering grants with less bureaucracy and longer durations, that would help the UK build new and targeted collaborations.

Another area to target, says Joanna Burton, the policy manager at the Russell Group, would be to revive some of the collaborations with lower-income countries that were lost as a result of the government’s decision to renege on its commitment to spend 0.7 per cent of GDP on overseas aid.

Take all this together and it is possible to construct an optimistic narrative around ‘Plan B’ — £15bn is a lot of money, after all — but the fact that the government is hanging on so long over Horizon membership speaks to the crucial importance of that programme.

As Smith of the Wellcome Trust notes, South Korea, Japan, Canada and New Zealand are all in exploratory talks with the European Commission about associate membership of Horizon, which makes the UK’s current isolation all the more stark.

So while the UK might be temporarily out in the cold, looking to the future, the long-term goal must surely be to restore the UK’s membership of the Champions League when the current impasse is over, while retaining as many links as possible via third-country funding for Horizon in the interim.

“In 10 years I still hope we’ll be thinking seriously about joining the next iteration of Horizon Europe, because it is expanding all the time,” says Smith. “So yes, we should look to build up the UK network, but Horizon is where the party is really happening.”

When it comes to the Northern Ireland Protocol, the news headlines often generate more heat than light as competing interest groups seek to define the agreement in terms that suit their own political agenda.

But the latest edition of the rolling ‘NI Life and Times Survey’ — the benchmark annual survey on political attitudes in Northern Ireland that has been conducted since the Good Friday Agreement was signed in 1998 — is revealing about actual public opinion on the Protocol.

You might think, from reading the headlines, that the Protocol is universally reviled by Unionists, but the NILT survey shows that’s not quite the case.

Katy Hayward, professor of political sociology at Queen’s University in Belfast, notes that the same proportion of Unionists think the Protocol is at least in part a good thing (45%) as those thinking it a bad deal for Northern Ireland (44%).

“What we have seen over the course of 2021 was people becoming more opinionated about the Protocol,” Hayward explains. “Nationalists became much more strongly supportive of it, whilst Unionists became somewhat more inclined to say it’s a ‘bad thing’. Nevertheless, far from every Unionist rejects the Protocol outright.”

The result is that 33 per cent now say the Protocol is on balance a ‘good thing’ for Northern Ireland — more than double the figure of 16 per cent in 2020. If you add in those who believe it is a ‘mixed bag’, then two-thirds of people have either a positive or nuanced opinion of the Protocol.

On the other hand, only 21 per cent characterise it as a ‘bad thing’, which is only up slightly from 18 per cent in 2020 despite all the hullabaloo of the last 12 months.

Robert Shrimsley writes on the lessons for Boris Johnson and the Conservative party from Scott Morrison’s defeat in Australia’s general election. “Like the beaten premier, Johnson’s character has made him a drag on his party’s vote.”

European policymakers are renewing their push for real-time databases of stock and bond trading information, the editor of FT Trading Room reports, in a bid to rejuvenate the region’s capital markets. It is part of a special report on exchanges, trading and clearing.

How far back in time must we go to understand Brexit? British historian, archaeologist and professor at Stanford University Ian Morris argues it is 10,000 years in a new book explaining the patterns behind the UK’s departure from the EU. In Geography Is Destiny he explains why Brexit is “best told through maps”.