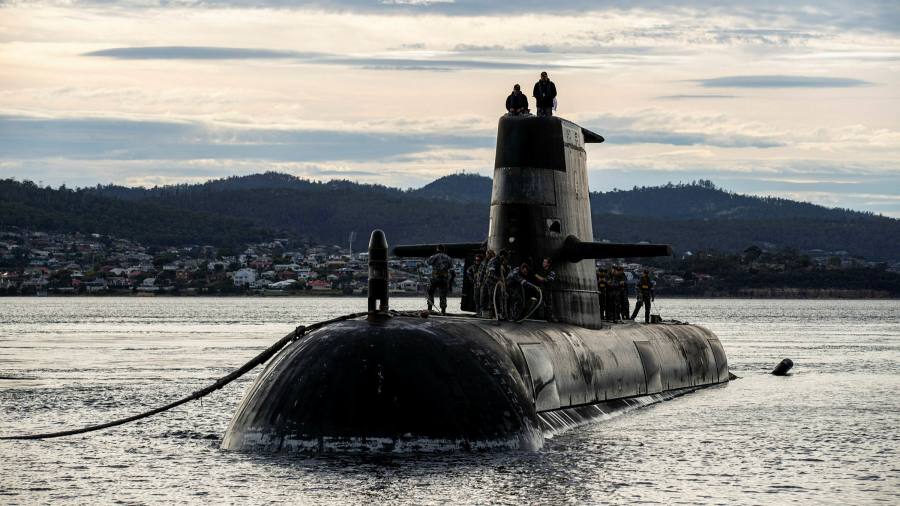 Russia’s invasion of Ukraine has spurred some of Washington’s closest allies in Asia to harden their stance against China and bolstered voices in Japan’s ruling party who argue the country should consider hosting US nuclear weapons.

The shift in thinking in Japan, Australia and South Korea is raising fears of heightened tension in a region that is already home to several of the world’s most dangerous flashpoints.

“It is a major wake-up call. War has not gone away. There’s no denial of that any more,” Rory Medcalf, head of the National Security College at the Australian National University, said of the fallout of the Ukraine invasion on the region.

In Japan, senior figures in the ruling Liberal Democratic party said it had prompted a historic shift in thinking within its ranks, which they also believed, though some way off, would eventually be shared by the public.

In the past, Japanese citizens had felt their safety was guaranteed by the US and through Tokyo’s policy of strictly limiting the capability of the country’s self-defence forces and restricting its overseas activities. But now voters were more likely to take a “practical and realistic” view of what Japan needed to protect itself from a changing threat, argued the senior LDP figures, speaking in an off-record briefing.

“The old way of thinking about things is dying out. Japan is becoming more pragmatic about the security debate,” said one person in the top echelons of the LDP.

The remarks follow a suggestion by Shinzo Abe, the former prime minister, last month that Japan should consider allowing the deployment of US nuclear weapons on Japanese territory similar to European Nato members.

But the measure of how divisive that shift would be, even within the LDP, came as Abe’s remarks were swiftly rebutted by Nobuo Kishi, the defence minister and the former leader’s younger brother. He stressed that Japan would stick to its principles of not producing, possessing or permitting the introduction of nuclear arms on its territory.

The idea of hosting US nuclear weapons on Japanese soil in peacetime, to be carried by Japanese fighters in an emergency, would never be allowed, said Kishi.

Still, Abe’s proposal sparked a debate about an issue long considered taboo because of the country’s pacifist constitution and the historic trauma of the US nuclear attacks on Japan that ended the second world war.

Another person close to the top LDP policymaking ranks pointed in particular to one of the more alarming elements of the Ukraine war: the fighting around Ukraine’s Chernobyl and Zaporizhzhia nuclear power plants. “The fact that there were Russian attacks on nuclear power plants is telling us that we need in Japan new thinking and new definitions in the security debate.”

Similarly, the Ukraine war has emboldened the Australian government — one of the most vociferous critics of Russia’s Ukraine invasion — in its pursuit of a stronger defence relationship with the US to hedge against China.

Prime Minister Scott Morrison highlighted this week the “instinctive relationship” between Russia and China, which have aligned over “the sort of world order that they would prefer”. That, he argued, showed the need for stronger alliances in the Indo-Pacific to curb China’s rise.

Australia’s defence spending is expected to rise to 2.1 per cent of gross domestic product this year. It also announced a shortlist of locations for a new base for nuclear-powered submarines to be supplied under Canberra’s Aukus contract with the UK and US, giving impetus to the flagship defence project.

“The timetable for the nuclear submarines is being pulled forward,” said Richard McGregor, senior fellow at the Lowy Institute, who argued that the Ukraine invasion had given Morrison’s government a platform to “rally support for its position on China” in the region.

In South Korea, the two leading candidates in the presidential election this week both used Russia’s invasion to justify their competing visions for South Korea’s defence.

Lee Jae-myung, the candidate of the ruling Democratic party, which has historically pursued a defence policy more independent of Washington and conciliatory towards Pyongyang and Beijing, was forced to apologise last week. This followed a suggestion that Ukrainian president Volodymyr Zelensky “had caused a major clash by inciting Russia with a hasty promise of Ukraine’s Nato admission”.

The conservative candidate Yoon Suk-yeol, who narrowly won the election on Thursday, has called for Seoul to step up its military deterrence of North Korea and pursue closer security ties with the US. Yoon has argued that “the case of Ukraine shows that you cannot protect national security and peace with paper and ink”.

Go Myong-hyun, a senior fellow at the Asan Institute of Policy Studies in Seoul, said: “There is a view in the Korean defence establishment that Ukraine was not adequately militarily prepared for war and that will reinforce an existing bipartisan consensus that South Korea needs to invest more heavily in its defence.”

With North Korea’s nuclear and missile programmes progressing steadily, Go said it was Russia’s implicit threat of nuclear escalation, rather than the invasion itself, that would probably have the greatest impact on South Korea’s security debates.

“People haven’t yet connected the dots between the situation in eastern Europe and the situation in East Asia,” said Go. “But when the dust settles on the election, it is a debate we’re going to have.”