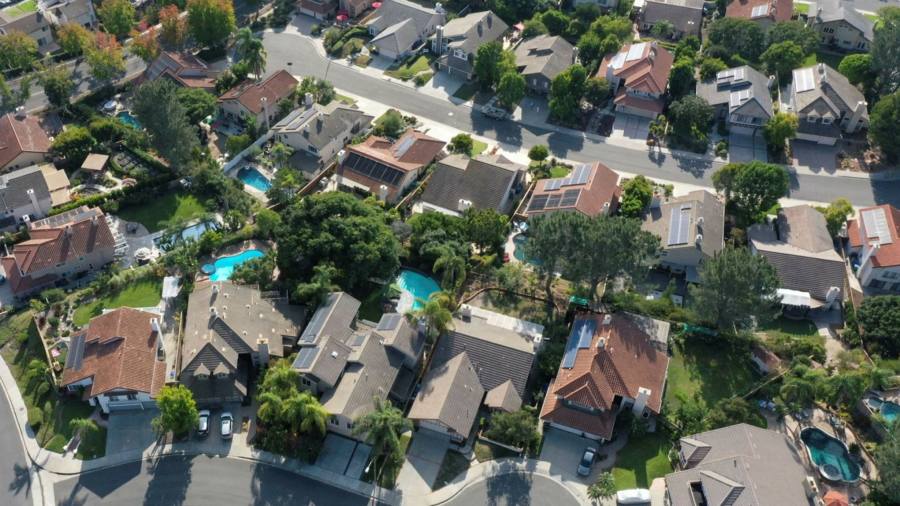 The land of McMansions is downsizing. An affordability crisis plus shrinking households mean new properties are smaller. But old habits are hard to break. Even as properties shrink, they remain far larger than in the rest of the western world.

US property still tops global rankings per square feet. Walk-in closets, dens and laundry rooms remain common features — even if families spend the majority of their time in the kitchen.

Yet US homes are still bigger than the global average. Japanese families make do with less than half the size, living in 1,033 sq ft on average. UK homes are a tiddly 924 sq ft on average, according to data from Demographia, a US public policy consulting firm.

The romantic explanation for America’s big homes points to a history of pioneers building plots on empty spaces with plenty of room to stretch out. But cost and city sprawl may be the real reasons.

Mass production and cheap building materials made big homes relatively inexpensive. Instead of brick or stone, most homes are made from wood. A few extra square feet means little extra time or cost — though heating and cooling costs increase dramatically.

The rise of suburban living also encouraged bigger homes, as did zoning laws designed to maintain the character of a neighbourhood. Instead of building blocks of flats full of small units, many areas require developers to create detached “single family homes” of a minimum size.

Young, would-be homeowners seeking smaller properties at lower prices still have a tough time. According to the National Association of Realtors housing supply is on a post-pandemic upswing. But rising mortgage rates and house prices mean that it is 55 per cent more expensive to purchase a home than it was a year ago. Hence the growing popularity of alternative accommodation. This includes recreational vehicles or living with roommates. Mortgage financier Freddie Mac put the US housing shortage at 3.8mn homes by the end of 2020. Cutting homes down to size is one way to address it.

Lex recommends the FT’s Due Diligence newsletter, a curated briefing on the world of mergers and acquisitions. Click here to sign up.