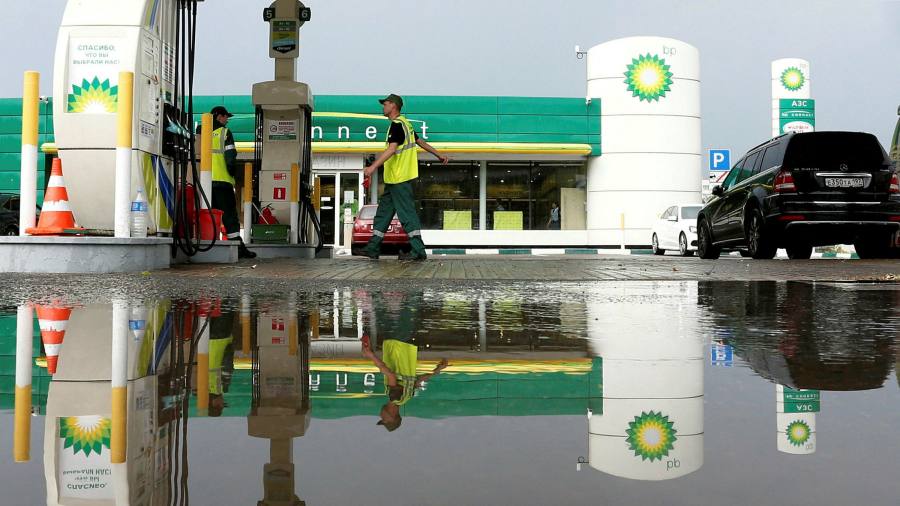 Spilling red ink over stranded assets is becoming a habit at BP. Russia’s assault on Ukraine could result in even bigger writedowns than the climate change-related ones in 2020. Jettisoning its near-20 per cent stake in Russian state oil company Rosneft could incur non-cash charges of up to $25bn. But the reputational damage to the UK-listed oil group of continuing to do business in Russia would have been much greater.

The $25bn, which includes $11bn of accumulated foreign exchange losses, is the charge for a complete write-off. BP need not go so far. It could trim that by opting to write down just the difference between the market value and $14bn book value until it finds a buyer. That would be a struggle, though not impossible. A state-backed Chinese or Middle Eastern group might be interested.

Other energy companies with large Russian investments will also come under pressure to divest. Norway’s Equinor has already made a move. Shell is ending its involvement in the Nord Stream 2 pipeline and is pulling back from all its joint ventures with Kremlin-backed Gazprom. ExxonMobil owns a big stake in projects in the Russian Far East. TotalEnergies has a 19.4 per cent interest in Russian natural gas producer Novatek. The pressure might even extend to Russian allies. Italy’s Eni, for example, is heavily involved in Kazakhstan.

But the Rosneft stake was particularly high-profile. BP can afford to take the hit. Rosneft was likely to account for 6 per cent of cash flow from operations in 2022, according to Jefferies. Losing that will not undermine its distribution policy even if BP cannot sell the stake. The company is on track to increase its dividend at 4 per cent a year to the end of 2025. The share price, though down about 6 per cent on Monday, is still marginally ahead for the year.

Shedding its stake in Rosneft will help accelerate BP’s realignment away from oil and gas. Its ownership of a company with very different climate ambitions had long jarred. Given the mounting political dangers of doing business with Russia, the divestment of the Rosneft stake should have happened years ago.