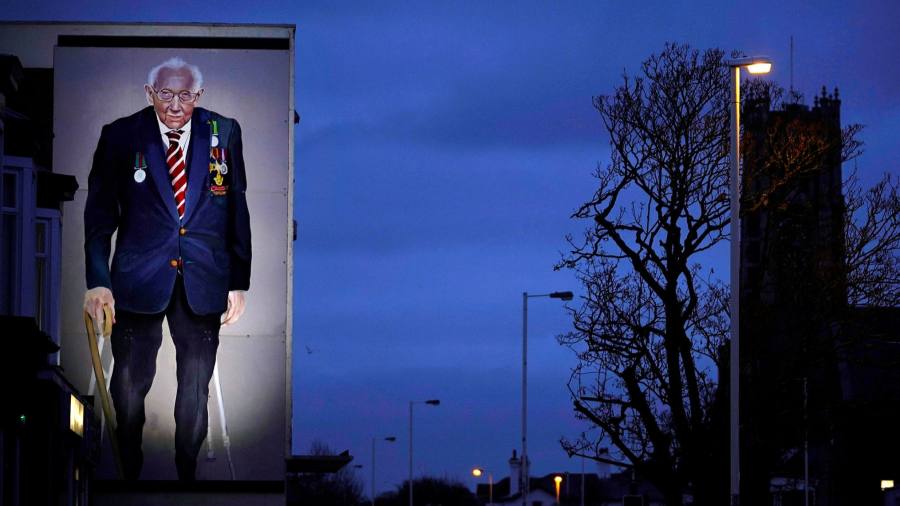 Who had the biggest impact on the world in 2021? Boris Johnson, Greta Thunberg, Elon Musk? Not according to the British public. In a recent poll, the most popular answer was Captain Sir Tom Moore, the 99-year-old pensioner who walked round his garden to raise money for the NHS. Although Moore died in February 2021, his impact is burnt into our collective memory.

But that memory risks becoming cluttered. There is now a Captain Tom’s branded gin on sale. Captain Tom’s (very tanned) grandson appeared on the television show Celebs Go Dating. Can nothing remain pure?

The Captain Tom Foundation, set up to continue his mission, revealed this week that it had spent more on overheads than on grants. In its first year, the charity received £1mn in donations, spent £400,000 on fundraising and outreach and made £160,000 in grants to other charities. Nearly £38,000 was paid to a company controlled by Moore’s daughter and son-in-law, himself a trustee of the foundation.

Moore’s story is one of the very best intentions — and reminds us of the pitfalls of viral fundraisers. The internet is not a meritocracy, and unexpected attention brings more money than some causes can easily handle.

You may remember Kony 2012, a film by a small US charity about the Ugandan warlord Joseph Kony. It was watched 100mn times and raised millions. But the film was criticised for simplifying the reality of the conflict, and much of the money didn’t go to Uganda. The US military did extend its attempts to capture Kony, but, 10 years after the film was launched, he remains at large.

Another viral charity campaign, the Ice Bucket Challenge, raised $115mn in 2014 for the ALS Association, which fights motor neurone disease. That was five times the association’s previous annual income. Was motor neurone disease the best cause for all that money? Could the association spend it efficiently? Maybe — and the money has led to research breakthroughs — but it’s unlikely that many Ice Bucketeers knew at the time.

Charity donations are always vulnerable to inefficiency. Donors have little sense of how well their money is spent. Often they don’t much care: their main motivation may be to join a collective moment (or, when a colleague emails about their marathon fundraising, to stay on their good side). Social media exacerbates the dynamic: when an alluring campaign appears in our feed, we want to feel good quickly.

If we wanted to donate for most impact, metrics are available. Deworming charities save lots of lives cheaply. Cash transfers are efficient. Afghans need food. The Centre for Effective Altruism has diversified charity funds. But these causes don’t go viral. This is a paradox of the internet age. We have detailed data at our fingertips. Yet, so often, we allow our emotions to pull us in a different direction. Although these emotions aren’t always wrong, they’re worth questioning. Spontaneously giving $100 to the Ice Bucket Challenge feels generous, but it’d probably be much more generous to allot a share of your income to charity every year. Charity begins on your homepage, but it doesn’t have to end there. Charities need unsexy, regular funding.

No one is saying that every pensioner who wants to raise £1,000 needs a strategic plan, just in case they go viral. Moore was a great man. His walk raised £38.9mn for NHS Charities Together, which helps NHS staff.

His daughter Hannah Ingram-Moore, is right to try to use his social media to further his legacy. She has an idea of a Captain Tom Day to celebrate old people. She wants it to be like Children in Need and Comic Relief. But those organisations have built up safeguards. The Captain Tom Foundation has just three trustees. After going viral, the hard work begins.