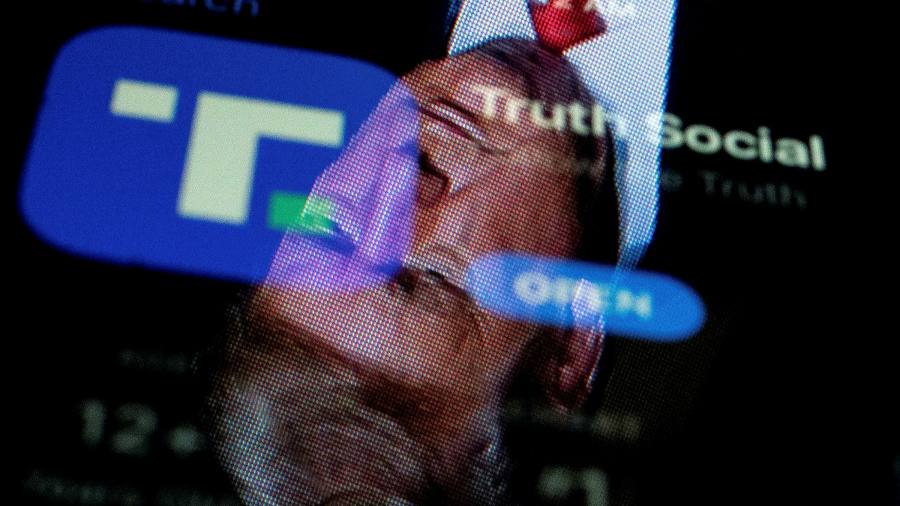 The chaotic launch of former president Donald Trump’s social media platform makes for an awkward start. Truth Social hit its target of launching on President’s Day and rose to the top of the free US app chart. However, thousands of would-be users received error message. Building a “non-cancellable” community is difficult when applications are cancelled.

People who managed to sign up may be struck by the app’s similarity to Twitter. This was the platform on which ex-President Trump built his supporter base and from which he has since been banned. Truth Social continues the grand tradition of US social media platforms mimicking one another’s features. The difference is that users send “truths” instead of tweets.

Twitter’s share price fell 4 per cent on Tuesday, the day after Truth Social launched. Shares in DWAC, the Spac behind the new app, rose 10 per cent. Despite the technical problems and lack of revenue, DWAC’s market value is now close to $3.5bn. But Trump’s celebrity does not mean the app can challenge Twitter. Nor does it ensure profitability.

Truth Social’s parent company, Trump Media & Technology Group, forecasts 21mn monetisable users by 2026. This is just a tenth of Twitter’s current daily global user base. Its forecast of $13.50 of revenue per user is $10 below Twitter’s equivalent current annual figure.

Given the comparison, Twitter’s inability to turn millions of users and a global brand into recurring profit should concern Truth Social’s financial backers. Twitter reported $5bn of revenue last year, largely from digital advertising. Sales rose a third on the previous year. Yet the company’s net loss was $221mn. Truth Social’s pitch noted that Twitter’s enterprise value was 6.6 times its sales. This is no longer true. It is now 5 times sales.

Social media saturation makes this a tricky time to launch a platform with striking similarities to existing networks. So do high moderation costs. Last year, Facebook declared that it had spent over $13bn on safety and security in the space of five years.

Truth Social pitches itself as a haven from censorship. That could encourage users to test boundaries. But the app relies on app stores for distribution. It must adhere to their content rules or risk suspension. The price of ensuring compliance will rise with user numbers.

The more successful Truth Social becomes, the higher the cost. That might not matter to Trump, intent on wielding a new loud hailer. For financial backers, it is a pretty crucial problem.