‘Heartstopper’ is a cathartic celebration of young queer love 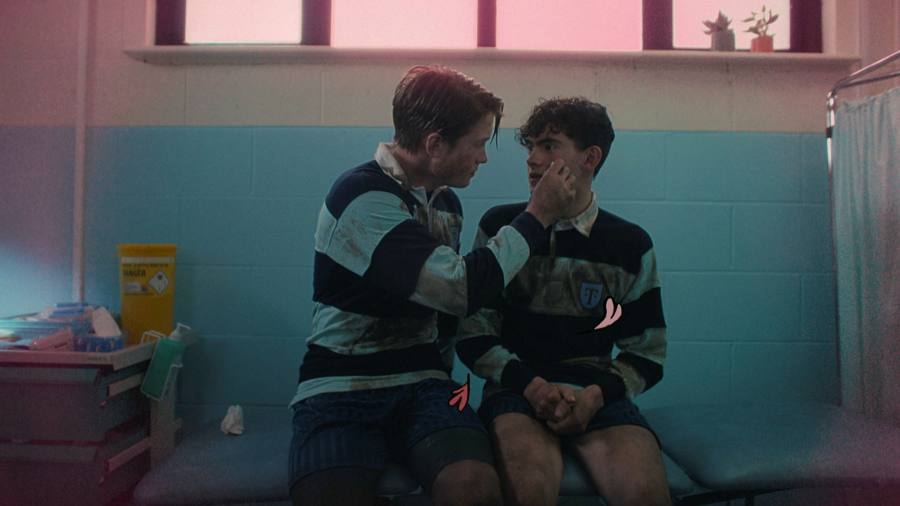 “I wish I’d met you when I was younger”, Nick Nelson says to Charlie Spring, leaning against an arcade machine, “I wish I’d known then what I know now”. Watching this scene from the new hit television series Heartstopper, I had to press pause.

“Younger?” I said to my girlfriend, “He’s fifteen.”

“At least he gets to experience his teenage years,” I continued. It was odd watching a character of that age express the same sort of grief I felt when I realised I was queer aged 20.

The Netflix sensation follows two schoolboys exploring their sexuality. It has been one of the streaming platform’s most popular shows for several weeks running. Lauded for its gentle, celebratory depiction of young queer love, it has just been renewed for two more seasons.

Although the series has found many school-age fans, for whom a more relaxed attitude to diverse sexualities often comes naturally, it has also provided a bittersweet catharsis for older generations of LGBTQ viewers.

When I was growing up in a string of small towns on a stretch of the north-west coast, there was no such thing as queer culture — unless you counted nearby Blackpool’s drag cabaret. When people at school asked me if I was a lesbian, I told them: no, of course not. How could I be when no one else my age was?

My teenage years played out in the retreating shadow of Section 28, the ban on “promoting” homosexuality that lasted until 2003, just before I started school. Things didn’t change overnight. I don’t remember any utterance remotely related to LGBTQ issues from teachers. No one I knew at school or in my town was out.

Watching Heartstopper reminded me of the sense of loss I felt when I first realised my sexuality. Of course, there is really no age where realising you are not straight won’t bring up conflicted feelings about time gone by. Academics talk about “queer time” to illustrate how a queer life’s trajectory doesn’t progress in the same way as a straight one. Whether you are 15 or 50 when you discover your sexuality, there is a sense of having missed out.

Heartstopper is unmistakably teenaged — the show follows 14-year-old Charlie’s crush on popular heart-throb and rugby player, Nick — but the boys’ first kiss on the floor at a house party feels radical rather than cliché. Screenwriter Alice Oseman wrote the wildly popular graphic novels the show is based on, which have sold more than a million copies. Her work normalises young queer romance in the spaces that, when I was growing up, felt exclusively straight: an arcade, a bowling alley, a milkshake bar.

Although Heartstopper is a raging success, it has been criticised for using a familiar coming-out arc. Some critics deemed it overly saccharine, even boring, in its rosy depiction of young love. But the show marks a cultural milestone, as it turns away from earlier TV and film that centred on queer misery, and captures those sweet awkward moments that older generations didn’t get.

Although my generation did not face the horrors that affected the LGBTQ community in the 1980s, coming out was still a difficult process for some of us. The chasm between many of our teenage experiences and these characters’ makes the show compulsive, vicarious viewing.

Nick’s difficulty in reckoning with how to fit his newfound feelings into his old life is where Oseman gets it exactly right. Sometimes, heterosexuality is so built into society’s fabric that your own straightness feels immutable — until, suddenly, it’s not.

Often, we become queer first and ourselves second. I, like many of the other fans of the show, have that in common with Nick. We grieve for the innocent, messy, teenage queer crushes that we never had. But Heartstopper made up for something out of my grasp. Somehow Nick and I got to experience that awakening together.