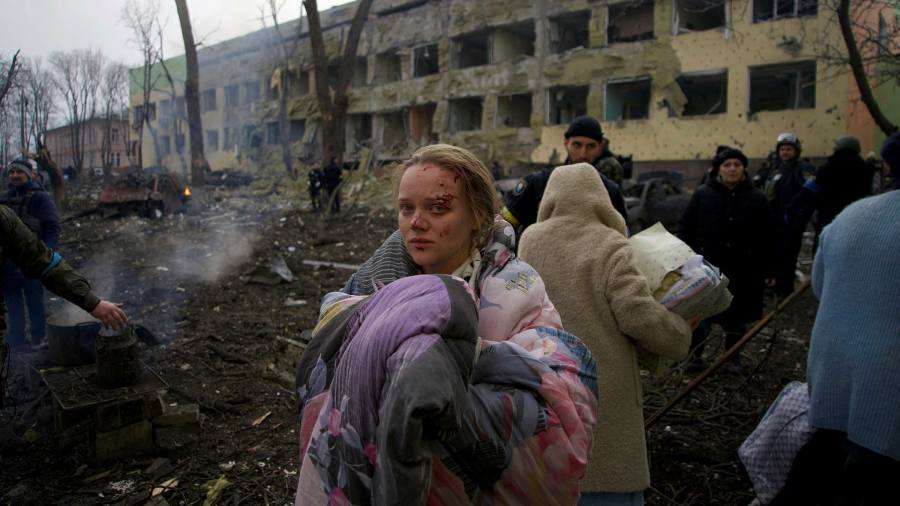 The atrocious bombings of a maternity hospital and a theatre sheltering civilians in Mariupol have prompted the US to formally allege war crimes against Russia. The question of how to prove that in court, and how to hold Moscow accountable for its brutal invasion of Ukraine, is now being posed. Vladimir Putin will not be in a dock in The Hague any time soon, but now is the time for prosecutors to prepare their case by collating evidence and interviewing witnesses. An indictment against Russia’s leader would bolster Ukrainians’ sense of being on the right side of history, and perhaps help persuade Russian soldiers that they are not. It might also encourage senior defections.

The International Criminal Court has rightly already launched an investigation. But efforts are now afoot to create a special tribunal to investigate whether Russia has committed the particular war crime of aggression. This is an idea with merit. Unlike general war crimes — which include the use of biological or chemical weapons — genocide, and crimes against humanity, the ICC can only investigate the crime of aggression by countries that are member states. Russia walked out of the ICC in 2016. A way to get around this would be for the UN Security Council to refer the matter to the ICC, but Russia’s veto renders this inconceivable.

A strong argument for an ad hoc tribunal focusing on the crime of aggression — dubbed the “accumulated evil of the whole” of war crimes — is that Ukraine is calling for it. The crime is recognised in both Ukraine’s and Russia’s penal codes; it was a Soviet jurist who helped to introduce the concept to international law in 1945, and it has remained on Russia’s statute books.

The crime of aggression is contentious because of its political dimensions; it has not been successfully prosecuted internationally since the 1940s’ Nuremberg and Tokyo tribunals. But its attraction is that it allows prosecutors to target Putin and his inner circle more readily than is possible with other war crimes. It is a “leadership” crime that can be pinned to those devising strategy, not just executing it. It could also be quicker to indict, without recourse to in-the-field investigations.

This does not mean the important work of the ICC should in any way be compromised or diverted. Both tribunals could work in a complementary manner, alongside the International Court of Justice, the UN civil court that is already examining a lawsuit filed by Ukraine against Russia.

There is concern that an indictment might back Putin further into a corner, playing to Moscow’s claims that a “Russophobic” west is out to humiliate it. But the threat of a tribunal could bolster Kyiv’s negotiating hand, and possibly deter further atrocities.

The elephant in the room is that the US is not a signatory to the ICC either. The US has long been wary of any body enforcing international law that could turn against it. But that is not a good enough reason to fail to hold the Kremlin to account. Conversely, creating such a tribunal, particularly with US backing, could strengthen the domestic case for international courts, which must apply to all equally.

Russia’s war has prompted scenes unimaginable a month ago. Under the Trump administration, ICC officials investigating the allied invasion of Afghanistan were targeted with travel bans. Yet Lindsey Graham, the Republican senator and Trump ally, this month endorsed calls for the ICC to investigate Russia. Putin has shown contempt for the rule of law. There is a strong case that he has ignored the rules of war. Yet in trying to dismantle the post-1945 order, he may merely have served to reinforce it.