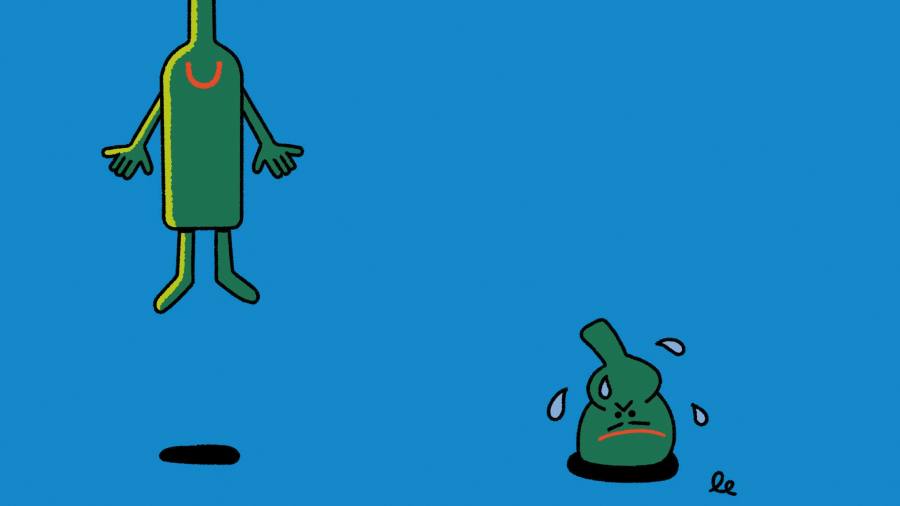 In the old days, Europeans used to berate what we referred to as “New World” Pinot Noirs for being too dark, too alcoholic, often too tannic and lacking the finesse of the prototype, red burgundy.

Having tasted many a 2020 red burgundy over the past few weeks, I venture to suggest that the tables have turned. The 2020 red burgundies I encountered during London’s Covid-shrunk Burgundy Week this month were deeply coloured, often quite sweet, more potent than burgundy used to be and — thanks to a dry growing season that yielded thick-skinned, albeit admirably healthy grapes — rather chewier than usual.

When, at the last minute, I couldn’t go to Burgundy in November, my Dijon-based colleague Matthew Hayes inherited my carefully crafted timetable for tasting 2020s at some of the top domaines and he has been raving about the quality he encountered. At the finest addresses, 2020 certainly produced some truly memorable wines of both colours.

Yet the wines shown in London tend to be a notch down from the most sought-after producers’ wares and, while there were some stunning 2020 white burgundies on show, I found some of the reds just too bold and sweet to fit into my (possibly prejudiced) idea of the red burgundy paradigm. (The extremely challenging, cool — and small — vintage of 2021 will almost certainly produce wines that are more like the traditional, fresh Burgundian stereotype.)

Meanwhile, being a lover of red burgundy and Pinot Noir in all its forms, I have continued to taste Pinots from all over the world and have noticed them getting paler and paler, fresher and fresher, and increasingly delicate. Thanks to climate change, the grapes ripen much faster than they used to, which means it can be difficult to limit alcohol levels wherever they are grown. But I would argue there has been a real evolution in the style of wine made by the top exponents of Pinot Noir outside France. Their wines are so much more subtle than they used to be.

I just searched my tasting notes database for top-scoring non-Burgundy Pinot Noirs from the past three years, expecting to be able to mention a handful of exciting producers. In fact, I found more than 100 examples of wines that I scored at least 17 out 20. (I am a mean scorer and to put that in context, of the 280 2020 red burgundies I have tasted so far in London, I gave only about 20 a score of at least 17.)

Looking for examples of fine Pinots produced outside France, I am almost spoilt for choice in finding candidates from California, Oregon, Chile, Australia, New Zealand, South Africa and Germany. Because Pinot Noir is an early-ripening grape, to develop sufficiently interesting flavours it has to be grown in fairly cool parts of these places so that the growing season is not too short.

In many cases, this has meant reliance on vineyards with a strong coastal influence — the Pacific in the first three on the list above and the South Atlantic in South Africa — or the relatively high sites that produce some (though by no means all) of Australia’s finest Pinots. Germany, meanwhile, has been benefiting from warmer summers that now ripen its Pinot Noir grapes (often called Spätburgunder) fully, as well as from more sophisticated winemaking.

My list of recommended Pinot producers below mentions only a few of those whom I think can now offer something of interest to those who hanker after pre‑climate change red burgundy. Travel restrictions being what they are, I have had to limit the list to those wines that find their way to the UK, which doubtless excludes many worthy American examples since the US market tends to be much more appealing to US wine producers than the more penny-pinching British one.

Whereas those outside France can carefully choose where to plant their Pinot Noir vines, growers in Burgundy are stuck. The appellation contrôlée regulations delimited the region — and the complex web of climats within it — a century or more ago. I often read reports by general commentators on the effect of global warming on French wine producers that glibly suggest that vignerons move to cooler climes; it ain’t that easy in a country whose wines are sold on the basis of geography.

Consequently, the richness of the 2020 vintage in Burgundy, which was preceded by two other warm-to-hot growing seasons in 2019 and 2018, offers an opportunity for the best Pinot Noir producers outside France to champion the finesse of their wines.

What about price comparisons? It can safely be said that top red burgundy prices have zoomed off the scale — if not at the cellar door, then certainly on merchants’ and fine wine traders’ lists. As for the finest non-Burgundy Pinots, there is no mature secondary market for them, so release prices remain pretty stable, and there are — for the moment — few producers asking truly silly prices. Yet many of these wines are made in small quantities (like pretty much all red burgundy) and have a keen local following, which means that few are exactly cheap.

In terms of recommendations for value, I find myself repeating the advice I gave for the 2019 vintage, an even hotter year than 2020. When you have a warm growing season in Burgundy, the difference in quality between wines from the grandest and the least grand sites tends to shrink, so that probably the greatest bargains are among the lowlier appellations made by the finest producers. Such wines — Bourgogne Rouge, for example, or wines labelled with the name of a village — can be less expensive than the most exalted non-French Pinot Noirs.

UK merchants now selling 2020 burgundies are making much of the remarkable level of freshness in the reds, despite the grapes having been grown during a relentlessly warm summer. (Harvest dates were unusually early — many grapes were picked before the end of August — but, fortunately, budburst in spring was also early so the total growing season was long enough.) Some of this freshness may well be due, not to natural acidity retained as the grapes ripened, but to the fact that some of the grapes started to shrivel at the end of this hot summer, so everything in them, including such acidity as remained, was concentrated. It will be interesting to monitor the effect of this as the wines age.