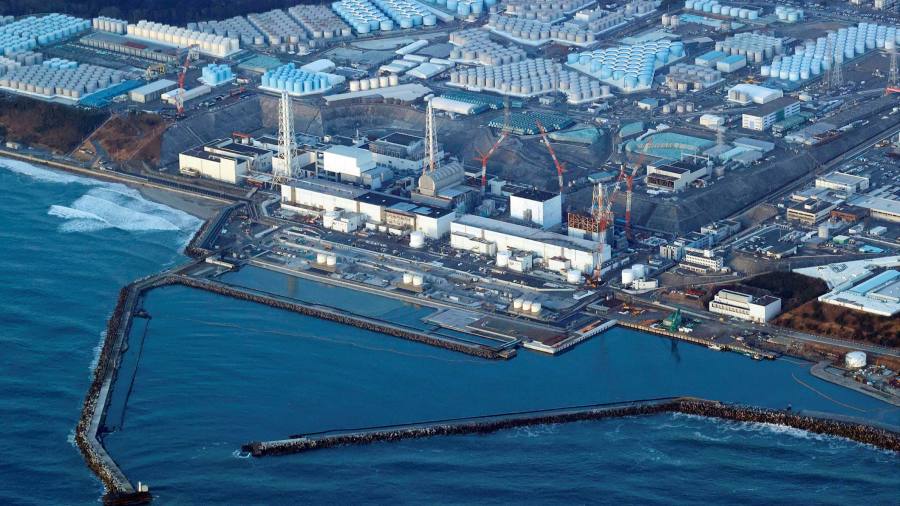 Sitting across from me in a brightly-lit restaurant last week, the city’s electric skyline blazing unapologetically behind him, a senior corporate executive wondered aloud whether there might have been some national good served had Tokyo, briefly, suffered a power blackout.

If the city had gone dark on March 22, instead of pulling together to reduce consumption after an earthquake triggered a power shortage, Japan would have been left in no doubt of its vulnerabilities in an unforgiving world that does not owe its third-biggest economy an energy supply.

Even in the dim glow of emergency candlelight, his argument continued, Japan would have clearly seen the combination of flawed domestic policies and geopolitical ructions as a prompt to rethink national energy security. With public support expanded through its brush with blackouts, and with Russia’s invasion of Ukraine giving a previously fraught debate greater urgency, Japan could begin to accelerate the restart of its huge fleet of nuclear power plants.

Should that happen, say senior advisers to the Japanese government on energy, the geopolitical impact could be significant. Reduce the dependence of the world’s second-biggest importer on liquefied natural gas, allow the excess to flow elsewhere, and the dynamics of Russia’s energy stranglehold over Europe could, perhaps, begin to shift.

Nobody, it goes without saying, seriously sees any upside in a blackout. The question is whether the contortions needed to avoid one in March will leave a lasting impact on public attitudes and the political stance on nuclear power. On that morning, inhabitants of the world’s largest city had woken up to unseasonably chilly weather and warnings that, without a concerted public effort, the lights in millions of homes would go out by around teatime. By breakfast, we were scolding loved ones for using the toaster. By noon the shops were out of camping gas bottles.

Despite the long-term issues underpinning the crisis, there was a “perfect storm” element that allowed for the interpretation that this might be a one-off. A week earlier, a very large quake in northeastern Japan had knocked out 12 conventional power plants. The bad weather had caused solar generation to drop. The cold caused a lot of people to turn on electric heaters.

The warnings thrust Tokyoites into a real-time battle with our consciences, public-spiritedness and the need to charge phones and make tea. A live online reading of the region’s electricity usage as a percentage of available capacity offered a running score of our conservation efforts and a cinematic line between success and failure. Teatime passed and the lights, happily, stayed on.

For the pro-nuclear lobby, the optimistic take is that, even as a near miss, the crisis means public opinion could now shift in favour of accelerating the restarts. That would be quite a shift. After the devastating 2011 quake, tsunami and nuclear disaster at Fukushima, Japan closed all 54 of its nuclear reactors, starving its power grid of 30 per cent of its electricity and forcing the country into an uncomfortably high reliance on imported fossil fuels. Just 10 reactors have since resumed operations, with a wider restart blocked by sustained public opposition and prohibitively complex regulation.

A Nikkei poll taken after Tokyo narrowly avoided blackout, however, showed more than half of the Japanese public supported nuclear restarts for the first time since 2011. Some see a grand inflection point, others suspect the support could prove temporary and point out that public esteem for the utilities is low. Also, support in Tokyo and other cities is very different from support in coastal towns where the nuclear plants actually sit. The political momentum may also be fragile. There are deep divisions within the ruling Liberal Democratic party on the matter, and an election in July with too much at stake to risk putting nuclear at the head of the agenda.

Despite the rhetoric around March 22, energy experts say the risks of more blackouts remain high. Even before the Ukraine crisis redrew geopolitics, Japan’s own energy policies — a 2016 market liberalisation drive whose side-effect was to push utility incumbents to close back-up plants — had significantly reduced the total available power capacity in the world’s most quake-prone country.

Several weeks before Tokyoites were formally begged by the utility companies not to use microwaves, heated toilet seats or hairdryers, one of the most prominent members of the LDP was privately warning that the whole country would have to start routinely curbing its power use while new approaches to the problem were debated. March 22 proved that could be done for a day under extreme circumstances: it is not a long-term solution.