Keir Starmer is taking on the Labour left over Ukraine 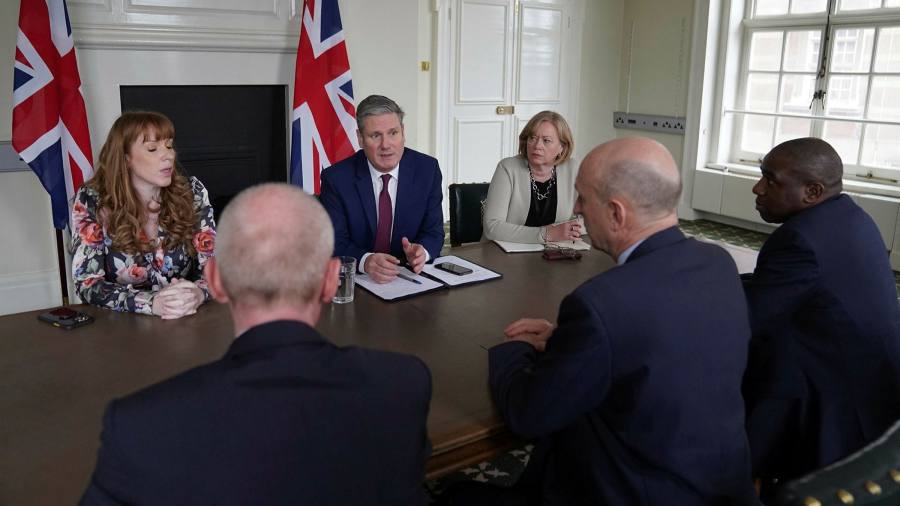 For perhaps the first time, Sir Keir Starmer made Tory strategists sweat. As Boris Johnson announced the first round of British sanctions against Russia last week, the Labour party leader stared down the prime minister. “We must be prepared to go further,” he told the House of Commons. “A threshold has already been breached.”

After days of soaring rhetoric about tough action if Russia invaded Ukraine, Johnson had misfired. One Tory aide watched Starmer’s attack aghast: “There is no way we can look weaker on security than Labour, that’s core for us.” As the Russian invasion of Ukraine has progressed, the prime minister announced harsher sanctions and military aid, but that initial exchange was striking.

Days later, Starmer confronted the left of his own party. Eleven MPs had signed a letter by the Stop the War campaign group that lambasted the “eastward expansion” of Nato and attacked the British government for “inflaming tensions and indicating disdain for Russian concerns”. The Labour leader gave them an ultimatum: unsign the letter or be kicked out.

And they duly did unsign, with one notable exception: Jeremy Corbyn, Starmer’s predecessor, who is currently suspended from the Parliamentary Labour party. His refusal to recant his long-held views on foreign policy confirmed, as one Starmer ally put it, that “Corbyn has sealed his fate”.

Since becoming leader of the opposition almost two years ago, Starmer has become increasingly tough in his dealings with the party’s left flank — to the chagrin of some activists who point out that his 2020 leadership manifesto was aligned to much of Corbyn’s avowedly socialist platform. But, piece by piece, that platform is being dismantled.

One senior Labour figure says Starmer’s stance on Ukraine has “crushed rather than marginalised” the left. “If they go further, he will go further for sure,” they add. “He is operating with zero tolerance.”

Two things are driving Starmer. First is a total focus on winning back so-called red wall seats in former English heartlands where defence issues are salient. The party’s strategists have concluded they must revert to the stances adopted when Tony Blair led the party and, politically speaking, wrapped himself in the flag.

The numbers show the scale of this challenge. According to pollsters YouGov, the Tories had a 25 point lead over Labour on defence issues at the previous election. That has now sunk to 11 points. But whereas the gap is three points in London, it is 13 points in the Midlands. Labour should be under no illusions about how far it still has to go. Being strong on defence is necessary to win back the red wall, but nowhere near sufficient.

At a meeting last week, at least six members of the shadow cabinet argued that the signatories of the letter should be “booted out”, according to one person present. The latter adds: “That was an eye-opener for Keir, but his eyes are already open. Within the rules of the party, he is not going to cut them slack.”

There is, however, a risk that having threatened to expel 11 MPs looks heavy-handed and risks distracting internecine conflict at a time of international crisis. Blair, by contrast, tended simply to ignore internal dissidents who, he thought, wielded very little influence.

Starmer’s other motivation is simple: power. When he was elected leader, he privately told supporters he may be a figure akin to Lord Neil Kinnock, who fought the left in the 1980s but failed twice at the ballot box. Yet as Johnson’s standing has waned due to the “partygate” scandal, Starmer’s ambitions have grown. “Keir has had a sniff of power,” one shadow minister explains. “He privately thought the odds were too great. Now he can see a route to No 10.”

There is a timeworn maxim that divided parties don’t win elections. But the same is true of parties that appear distracted or incompetent to voters. In the midst of Europe’s worst military conflict in decades, Starmer is focused on ensuring Labour is neither. As he told his MPs on Monday night, “there will be no place in this party for false equivalence between the actions of Russia and the actions of Nato”.