Mikhail Khodorkovsky: we must win the struggle for the minds of the Russian people 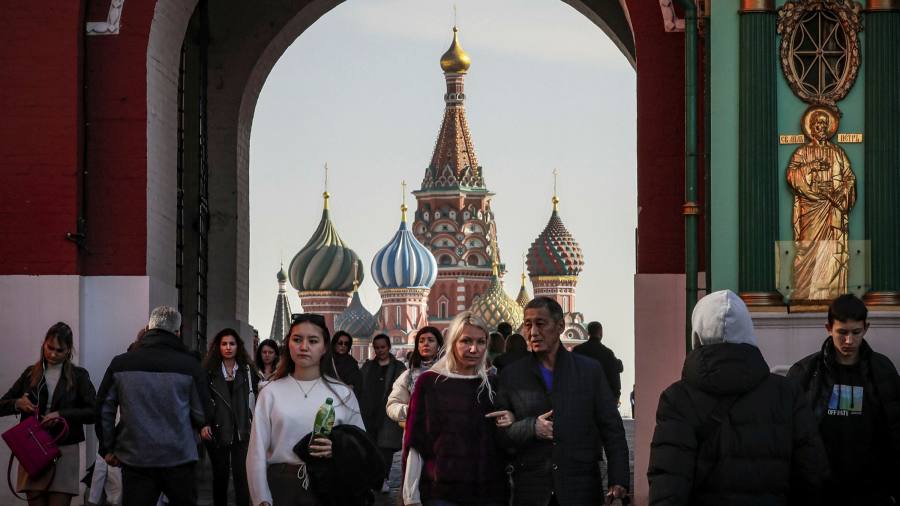 For the first few days of the war in Ukraine, I couldn’t sleep. And now, after watching the latest footage from the conflict, I can’t sleep again. For 10 years in Vladimir Putin’s prisons I slept soundly. Even the night I was stabbed in the face, I walked to the infirmary to get stitched up, returned to bed, turned over the bloodied pillow and fell back asleep like a baby. But now I can’t.

Kharkiv, Kyiv, Mariupol — blood, pain, suffering. Peaceful lives ruined. Children murdered. Corpses upon corpses. And for what? An old mafioso who, as often happens, is obsessed by the notion of restoring an empire as he nears the end of his life.

Putin has tested these waters many a time. In 1999, when he rose from obscurity amid acts of terrorism and the war in Chechnya, he understood that empire was a note that tugged on the heartstrings of Russian society. In 2008, even as he handed the presidency to Dmitry Medvedev, he provoked a war in Georgia and ensured his grip on power. In 2014, as widespread popular discontent poured on to the streets, he annexed Crimea and support skyrocketed.

And now, following his mismanagement of Covid-19 and a decade without economic growth, he launches a new war.

How will Russia respond? Countless Russians have relatives, friends and roots in Ukraine. My own family left 100 years ago during the Russian Revolution. Moscow is my hometown and that of my parents, but Kharkiv, Zhytomyr and Odesa are not foreign to us. My ancestors are buried there, and I have — had — relatives living there. Tens of millions of Russians can say the same.

How are they — we — reacting? The polling appears terrifying: it shows 65-75 per cent of Russians support the war. Serious sociologists, however, refuse to take these polls at face value; polling conducted in a dictatorship, particularly one at war, means nothing. Only a small proportion dare to answer and of those, many will be too afraid to say what they really think.

Still it must be acknowledged that support for the war is widespread. People know that something is not right but are either afraid to resist or just don’t know how. If you come out on to the street, you will lose your job or end up in jail, and few can afford that in a poor country. An unarmed crowd is powerless against Putin’s armed guard.

Denying the facts offers a psychological escape and the onslaught of propaganda gives people the tools for this: “We are not at war with the Ukrainian people, we’re defending them from Nazis”; “We are not bombing cities, the Ukrainians are doing it to themselves”; “We are not fighting Ukraine, but the Americans and Nato.” And so on.

Russians safely in the west remain gripped by the same propaganda. They have relatives, friends and sources of income in the motherland. They want to be able to visit. The outcome is a successful attempt to convince oneself that the situation is not so simple.

Something needs to be done. Besides humanitarian considerations, we must stop an extremely dangerous process. Russian society is at risk of becoming not simply a hostage to the Kremlin’s fascist ideas and crimes, but an accomplice. This would be an extremely dangerous development, not only giving the Kremlin a mandate for continuing aggression, but actually encouraging it.

It is precisely for this reason that sanctions against Russia as a country (something I have always previously been against) are imperative. What is more, they should not be easily lifted.

I have never favoured pushing people, my fellow citizens, to resist in the face of serious risk, but this is war. Either you kill or you get killed. In some places this is still just figurative, but in Ukraine it is very real. In this situation, risk is the price you have to pay for survival, for your own life, for those of other people, and, at the end of the day, for freedom.

I made my own choice on this long ago. Had I wanted a safe and quiet life, I had such an opportunity. I am delighted that so many of my fellow citizens are also now making this choice. Thousands, even tens of thousands, are coming out on to the streets. Hundreds of thousands have left, among them many public opinion leaders who the Kremlin is squeezing out in a targeted fashion.

These people are continuing their struggle from abroad, trying to break through to the minds and hearts of our fellow citizens. We have created the Anti-War Committee of Russia and are trying to act together. We are helping refugees and getting our joint message across to Russian audiences that number millions, and to those in the west who understand that this tragedy is something common to us all.

We will win the struggle for the minds of the Russian people, defeating not only Putin, but the very phenomenon of Putinism. For this, we — Ukrainians, Russians, Britons, western Europeans, Americans — need to understand that this is not just a war against Ukraine, this is the first stage of a new struggle pitting democracy against fascism and dictatorship. It is in our hands to ensure that it will be the last.