On the trail of George Orwell’s roses 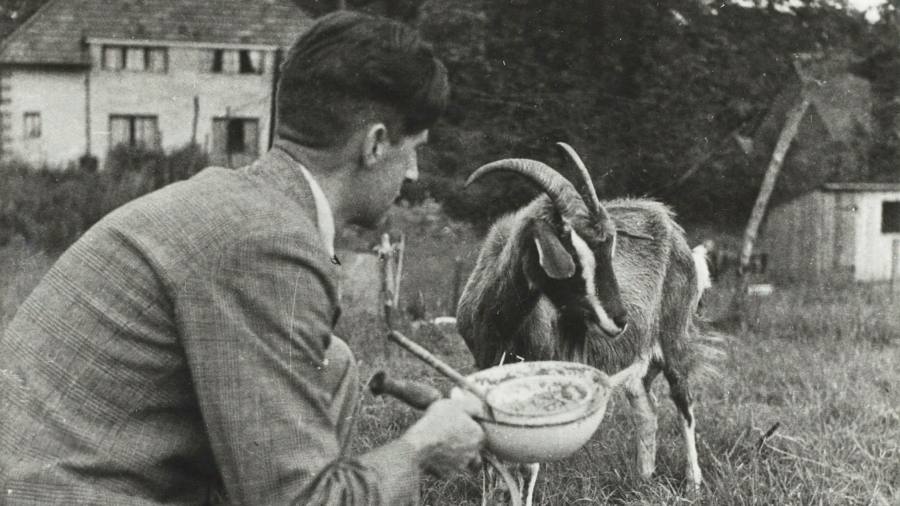 In winter I really miss roses. A true China rose will flower for months but not in January. One option is to buy imported roses in a supermarket, but there are many buts: they have been flown for miles with a high carbon footprint and have usually depended on low-paid labour and abundant water, diverted from other uses. Another option is to read Rebecca Solnit’s latest book, Orwell’s Roses, which also makes this point.

Solnit is famous for “Men Explain Things To Me”, her essay of 2008 which led to the term “mansplaining” being posted on the internet and entering feminist vocabulary. Womansplaining has also been rife in my experience, but the word has yet to take off. In Orwell’s Roses, the central subject Solnit explains is the writer George Orwell and his attention to his garden, his roses and the natural world.

Writers who garden greatly interest me. In Orwell’s letters, the grounded awareness of nature and flowers has always been evident, the thread for Solnit to follow. She admits that she will not so much follow it as conduct forays beyond it. She describes one of Orwell’s essays as a “triumph of meandering” and herself, she meanders wherever roses take her, even to Colombia where her conscience is stirred by the labour which has to force them as cut flowers for the mass market.

Sensitive to the ecological crisis, she dilates on coal. Sensitive to women’s roles, she devotes a fine chapter to the phrase “Bread and Roses”. It was coined in 1910 during a conversation between two farm-women in Illinois and caught on as a call for life’s civilising pleasures as well as basic food. Suffragettes rallied to it and it is still the name of a feminist-socialist organisation active across Central and South America. I will look on the rosebuds in vases among the toast on my breakfast table in a new light. Unlike Solnit I will not compare their petals to an intimate part of a woman’s anatomy.

Evidence for Orwell as a gardener falls into three main phases. Solnit focuses first on April 1936 when Orwell was about to be 33. For 7/6d a week, he began to rent a cottage in Wallington in Hertfordshire with a garden which was neglected. He set about it, planting roses, potatoes and many vegetables. During three years as a schoolteacher he had already cultivated an allotment. He recalled how he began in 1936 by buying roses from Woolworths at sixpence each. They flowered well, he recalled, in their second year.

Solnit has been to visit the cottage, near a manor barn which may have suggested the barn in Orwell’s later masterpiece, Animal Farm. The owners showed her the roses in their garden, two bushes of which might be Orwell’s, and recalled his rose Albertine, that coppery pink rampant rambler, which lived on there until the 1980s. She considers how writers sometimes combine a secondary activity with their primary task and she stands up for its importance despite the modern drive to be productive and focused in one area only. However, she could have said more about the class associations of Orwell’s gardening. Allotments, active veg growing and cheap roses from Woolworths, shunned by the upper class, were part of working-class culture. Orwell, once a scholar at Eton, attached himself to it. Even Attlee, a rooted socialist, used to garden in this way round his modest home, so different from Churchill’s Chartwell. The passion for gardening among Britain’s working class has been considered a reason why Britain never had a workers’ revolution.

In Orwell’s life, 1936 was a pivotal year. He had just finished his fine study of the mines and poverty of the north, The Road To Wigan Pier. In June he married and at the end of the year he enlisted to serve in the civil war in Spain, a political involvement that changed his horizons. The garden had to fend for itself, but three years later he was writing of his plantings in it and the flowers that resulted. He kept goats and chickens and had a dog named Marx, which Solnit might have mentioned. She well relates Orwell’s engagement with the natural world since boyhood to his nostalgic vision of an ideal society, but it had a strong animal constituent. He rented the cottage out again in wartime and then, beset by TB, withdrew eventually to garden again on the island of Jura off the coast of west Scotland. Rationing was in force and there was a widespread postwar emphasis on growing one’s own, complementing Orwell’s final view of the good life. Here too there was a wider context for his choices.

He also knew he was near death, but vegetables, flowers and animals remained central to his remaining time. It is extremely touching, and there are two windows on to it, his fiction and his letters. In Animal Farm, published in 1945, roses and gardening are not prominent on Mr Jones’s farm before or after the animals seize control. Squealer and the pigs never proclaim the need for bread and roses. What about Nineteen Eighty-Four, Orwell’s final masterpiece?

Solnit thinks that nature and flowers are more important to it than we remember. She points with approval to its analogy between the hardened figure of a middle-aged mother, coarsened by work, and a burnished rose hip, formed after the fertilisation of a beautiful flower. It is marginal to the plot even if you think on reading it that a rose hip is perhaps what you resemble in the mirror.

Only one bush remains on Jura from Orwell’s time, an azalea by the kitchen window

There is only one role for nature in Nineteen Eighty-Four but it deserves closer attention. In early May heroic Winston, in early middle age, risks his future by going out to meet Julia in a secluded patch of woodland. As he waits for her, he picks, not roses, but bluebells, flowers of the season. Officially she is a member of that awful cadre, the Junior Anti-Sex League, but she promptly throws off her red belt of membership and makes love with him on the ground, a practice that Solnit considers to have been favoured by Orwell too. By a pond Julia then strips off her clothes in a “magnificent gesture by which a whole civilisation seemed to be annihilated”. Good on you, Julia: she swims and then tells Winston she has made love “scores of times” before, always with Party members. “The more men you’ve had”, Winston tells her, “the more I love you”, and so they do it again, more easily this time, among the bluebells.

The novel bears no sign of Orwell’s own gardening on Jura. There, his letters show him clearing peat and planting lupins, pansies and primroses, tulips and eventually roses. As Solnit well remarks, he was planning a future again, “or at least hope for one”.

Lockdowns prevented her from visiting Jura but she wrote to the owners of the house Orwell occupied. The garden, they told her, is not fenced off, “so many seasons of deer and wild goats forage right up to the windows”. As a result only one bush remains from Orwell’s time, an azalea by the kitchen window. All animals are equal, but gardens are not equal to most of them.