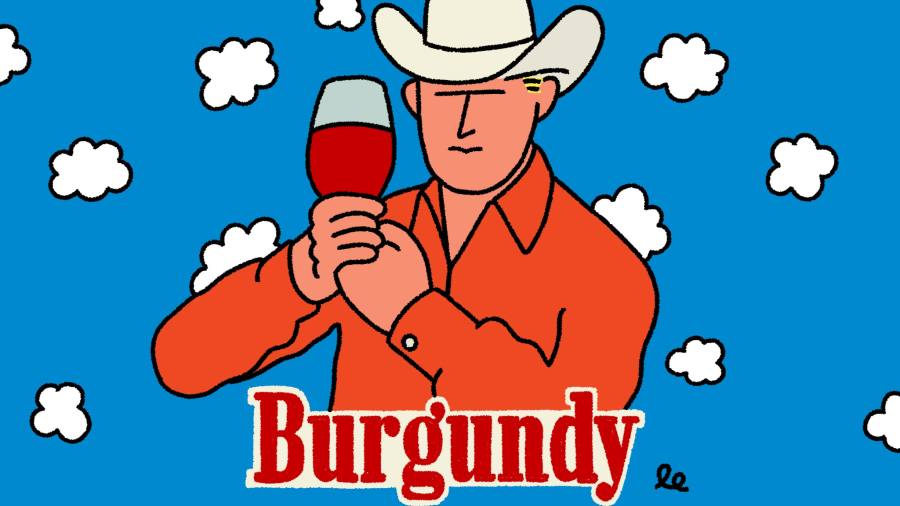 Commercial success is all about spotting an opportunity. Kent-based A&B Vintners — which employs three members of the Arnold family plus right-hand man Simon Davies — has enjoyed huge success by quietly filling a gap.

A&B’s speciality has been importing handpicked, domaine-bottled burgundy into the UK. But in the past decade, as demand grew, prices started to climb out of reach for many. These were not plutocrats with limitless budgets, but mainly British wine lovers who had developed a taste for handcrafted wines made on a small scale from Pinot Noir and Chardonnay grapes. Could somewhere other than Burgundy supply a satisfactory substitute?

An early find for John Arnold, co-founder of A&B, was Pierre-Yves Colin, a grower in Chassagne-Montrachet who was ignored at first by France’s wine-writing establishment but is now revered. He broke away from the family wine business, Marc Colin, to set up with his wife Caroline Morey, daughter of vigneron Jean-Marc Morey. Pierre-Yves Colin-Morey wines, which I first tasted in 2007 in their kitchen, have proved sufficiently compelling to see the couple build their own ambitious winery and glamorous tasting room with a view over the vineyards to the village of Chassagne.

In Oregon they’d never met anyone from the UK before. You could find premier-cru quality at village-level wine prices

During harvest, it is common to welcome interns from other regions. In 2011, former CBS foreign correspondent Doug Tunnell came from Oregon to work the harvest with the Colin-Moreys. Back home he had established the respected (certified biodynamic) Brick House wine estate, and he brought some Oregon Pinot Noirs to show Pierre-Yves just how good they could be.

This was confirmed to Arnold and Davies by several other of their Burgundy suppliers, such as Vincent Dancer of Chassagne and Jean-Marie Fourrier of Gevrey-Chambertin, who had once worked at Domaine Drouhin, the Oregon outpost established by the Drouhin family, which has a 140-year history of wine production in Beaune in the heart of Burgundy. Fourrier, another producer who has shot to stardom, is an Oregon fan and was a regular at the International Pinot Noir Celebration there, which, pre-Covid, was a mecca for enthusiasts.

In 2015, imports of Oregon wines into the UK were tiny. Ever since the 1980s the fastidious Cotswold Master of Wine, Mark Savage of Savage Selection, had been importing wines from The Eyrie Vineyards, a pioneer of Pinot Noir in the Willamette Valley south of Portland that is now the centre of Oregon wine country. And Roberson of Kensington has been importing the dependable wines of Bergström for at least a decade. But otherwise, Oregon wines had made remarkably little impact on the UK wine market, even though quality had been rising all the time.

Arnold and Davies thought they should see what all the fuss was about. Over lunch last month in London, where he presented some of their finds, Davies told me that they “sent a load of emails to wine producers there and people sent tonnes of samples”. Once they received the bottles, the pair of wine merchants sat themselves down at Chelsea restaurant Medlar and tasted their way through them, sorting them into Yes, Maybe or No.

There were so many Yeses that, in August 2015, they decided to go to Portland. Even now, Davies is excited by the memory of that first visit. “We felt like Kermit Lynch or Anthony Sarjeant must have felt in the 1970s. We could sign anyone! In Oregon they’d never met anyone from the UK before. And, best of all, you could find premier cru quality at village-level wine prices.”

Bingo. A&B had discovered how to satisfy its customers with remarkably Burgundian wines from a corner of America 5,000 miles away. Oregon has proved a most extraordinary success. Customers have lapped up the wines to such an extent that A&B imported three 40-foot containers of Oregon wine in 2021. And A&B still has the field virtually to itself in the UK where, as London’s crowded Burgundy Week tastings in January testify, there is no shortage of burgundy lovers.

Lawyer François Feuillat is sufficiently embedded in the Burgundy wine scene that Volnay grower Frédéric Lafarge stays with him when in London. But Feuillat has become one of A&B’s many enthusiastic customers for Oregon wines. “There are now several regions producing serious Pinot, and I love them all,” he says, “but Oregon comes closest to the elegance and savouriness of Burgundy. The wines aren’t cheap but Burgundy makes them look cheap. Instead of a premier cru Volnay, nudging £100 a bottle nowadays, I can open a £50 bottle from the Dundee Hills that is equally delicious and interesting.”

Davies still visits the state and more signings are due. He says: “Spending time on the ground in Oregon and hanging out with the growers after-hours means we get on the inside track and get tip-offs about the most exciting estates.” He is already well regarded by top Oregon wine producers. Michael Etzel, ex-brother-in-law of US wine critic Robert Parker, with whom he founded Beaux Frères, and who is now doing his own thing under the Sequitur label, calls A&B “amazing ambassadors for Oregon wines”.

According to Tunnell, Davies “is gracious, discreet and unassuming. He has a good sense of humour and is supremely adaptable. I’ve seen him fit in around the fire pit with a gaggle of burly Oregon winemakers who have had a bit too much of their product. I’ve also enjoyed meeting him for a business lunch at a white-tablecloth restaurant during which he charmed me out of the last few cases of a strictly allocated Pinot Noir. We love doing business with him.”

A&B prefers to concentrate on the hands-on operations of Oregon’s wine industry. Discussing one new producer, Davies says, “They weren’t right for us. I think if you were a London merchant signing producers from afar, it would look like a great option. If you’re really immersed in the people, the region and the land, you might come to a different conclusion, as we did.”

Other UK merchants are slowly cottoning on to the quality and value available from Oregon. Justerini & Brooks now imports the wines of Walter Scott, Berry Bros & Rudd has Lingua Franca and Corney & Barrow has 00 Wines.

Initially Oregon was considered a monovarietal state, specialising in Pinot Noir that was rather fresher and more Burgundian than California Pinot. But the quality of Oregon’s Chardonnays — convincing answers to white burgundy — has been rising fast and A&B is selling more Chardonnay as well.