Paramount seeks to recast its role as ‘The Godfather’ turns 50 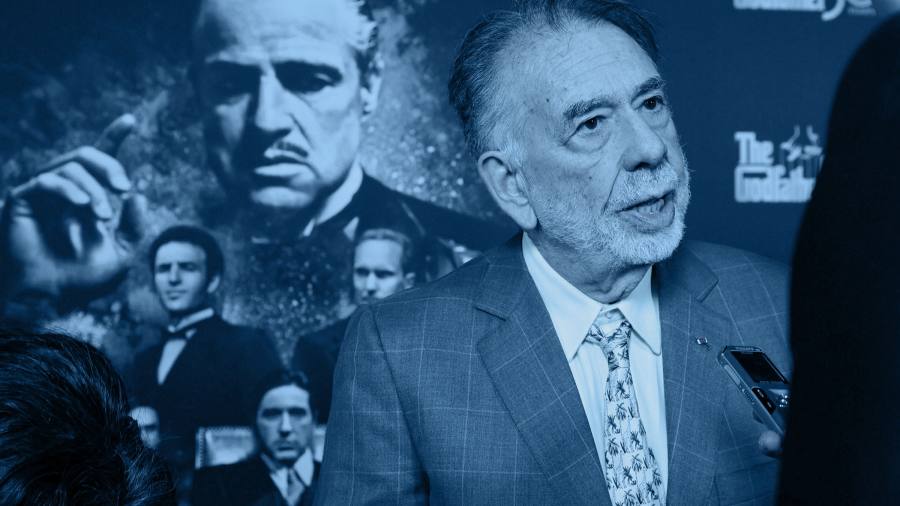 As a fan of 1970s cinema, I have seen The Godfather more times than I can count, but never on a big screen. So when an invitation arrived recently to watch a restored print of the Francis Ford Coppola classic — at Paramount Studios, no less — I accepted immediately.

The screening last Tuesday of The Godfather, the greatest 175 minutes in the studio’s history, was to kick off celebrations for the 50th anniversary of the film’s release on March 24. Paramount rolled out the red carpet for Coppola, who attended with two members of the cast — James Caan, who played hotheaded Sonny Corleone, and Talia Shire, who was Sonny’s little sister, Connie.

It was a cool, windy evening by Los Angeles standards but the crowd of film executives, reporters and other industry figures seemed happy to stand outside and watch the Hollywood legends pose for photos. When the guests finally moved into the Paramount Theatre, I overheard a man confess to colleagues: “I know it’s a cliché, but when people ask me for my favourite film, I always say it’s The Godfather. It just is.”

The film’s anniversary is well timed for Paramount, which is still shaking off the damage from a lost decade of disastrous mismanagement. With Shari Redstone, the company’s chair, trying to reinvigorate the studio — a cornerstone of her late father’s media empire — having The Godfather back on cinema screens may help restore a little lustre to the brand.

Inside the cinema, Caan, Shire and Coppola received a standing ovation as they made their way to the front of the cinema to discuss the movie. For the next 40 minutes or so they talked about making the film with Marlon Brando, Al Pacino, Robert Duval, Sterling Hayden and other greats.

Coppola didn’t discuss the legendary clashes he had with Paramount brass over casting, shooting and editing, but Caan made clear his view that it was the director’s vision and tenacity that made the film a masterpiece. “It wasn’t an accident this picture became what it became,” he said. “Nothing existed without Francis.”

By now, the tale of the bold young auteur working with Paramount — a studio with the confidence to release the violent, dark film at nearly three hours — is tattooed on the minds of generations of film scholars, Hollywood executives and cinema nerds. The Godfather was one of a string of 1970s Paramount classics, including Chinatown, Nashville and The Conversation, that defined a golden age of adventurous filmmaking.

It is hard not to contrast that golden era with the disruption in the industry today, when filmmakers worry that their big-screen visions will be squeezed into a laptop or mobile phone to help sell subscriptions to a streaming service. While the streaming wars have unleashed seemingly bottomless budgets for television and films, there are fears over the future of cinemas — and the box office receipts that go with them.

For Paramount, the questions go beyond just the future of the box office. In Hollywood and on Wall Street, there is debate over whether the media empire built by Sumner Redstone can continue in its present form. Behind this is a family drama fit for the silver screen.

Before his death in 2020 at the age of 97, Sumner Redstone allowed his company, Viacom, to drift for years — with its Paramount division underperforming at the box office and racking up hundreds of millions of dollars in losses.

Now Shari has finally gained control of the company, she is eager to put her stamp on it by transforming it into a streaming powerhouse. Last month, she outlined an aggressive plan that included Paramount spending $6bn a year on new movies and TV shows by 2024. But Wall Street rejected it, sending the stock down 20 per cent in one day, on the grounds that the company is too small and too far behind to compete with Netflix and Disney. Apparently, investors would rather see the company sell off its assets — including the legendary 110-year-old studio.

Many observers who have worked with the company believe Shari Redstone, having fought so hard to gain control, is unlikely to want to part with the family business any time soon. Unless — to twist a phrase favoured by the Corleone family — she gets an offer that’s too good to refuse.

Paramount had its own behind-the-scenes dramas / From Gray Schweitzer, New York, NY, US