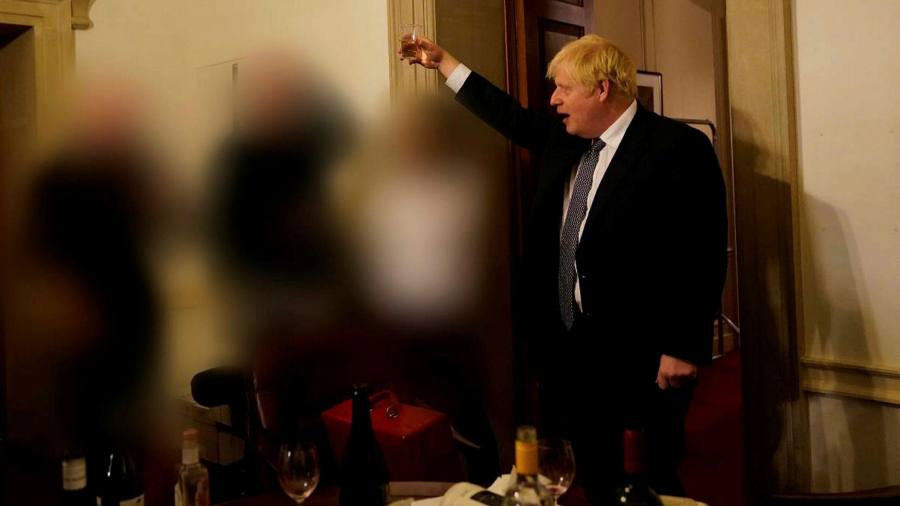 As the pandemic raged in 2020, some of the most draconian restrictions imposed in peacetime in England stopped the bereaved from attending funerals, prevented loved ones holding the hands of the elderly in care homes, and forbade children from playing with their friends. Yet those who made those rules also broke them, blithely and regularly. A long-awaited report by a senior civil servant into rule-breaking at the heart of government adds powerful reinforcement to the analysis that Boris Johnson has irrevocably broken the bond of trust between the elected and the electorate — so essential for democracy to function in times of crisis.

The rest of the world may wonder how a nation can obsess over whether a gathering at Downing Street was a party or a work event, or whether cake was served, when war is raging in Ukraine and a cost of living crisis is looming. Conservative party loyalists and sympathetic media also push the line that there is far more in the world to worry about. But the scandal that has engulfed the government for several months is not about trivialities. It is fundamentally about the principle that leaders abide by the laws they impose on others. It is about whether Johnson is the right person to lead the country at a time when it will be sorely tested. The report by Sue Gray is yet more evidence, if it were needed, that he is not.

That Johnson presided over a boozy Downing Street culture that persisted despite lockdowns is well known. He has himself already received a fixed-penalty notice from the police for attending one such party, becoming the only serving British prime minister in history to have been found to have broken the law. But the brazenness of revelry detailed in Gray’s report still shocks. One party in June 2020, when restrictions held that more than two people should not meet indoors beyond what was reasonably necessary for work, involved “excessive alcohol consumption” that led to an individual being sick, a minor altercation, and detritus that took six hours to clean up.

Living and working in such an environment, it is clear that Johnson misled parliament when he previously stated that no rules were broken. He has had to correct the parliamentary record. But his position that he did not knowingly mislead stretches credulity. He has shown parliament the same disrespect as he has to the British people.

Beyond these two fundamental breaches of trust, the scandal has served as a damaging months-long distraction for the government. It has shown itself incapable of pursuing a coherent agenda. Precisely because of “partygate”, Johnson has had to shelve meaningful reform to make room for sops to appease those in the Conservative party who now hold his fate in their hands — since it is plain he will not do the honourable thing and resign. Gray’s report makes it clear that responsibility for the scandal must lie with him. In replacing senior advisers, he has been clear that he will blame everyone but himself.

Yet Tory MPs seem unwilling to remove Johnson, even though he has long ceased to be a vote winner: opinion polls and recent local elections show him to be a vote loser. That can only sour further the already contemptuous public mood that is often lamented by politicians. Tory MPs may calculate that there is no one better to replace Johnson as prime minister. That would mean taking a big risk that the whole government is voted out at the next election.

For months, “waiting for the Sue Gray report” has been the fig leaf behind which party faithful have hidden. Now that the report is finally published, Johnson predictably argues it is time to move on. He is right, just not in the way he means.