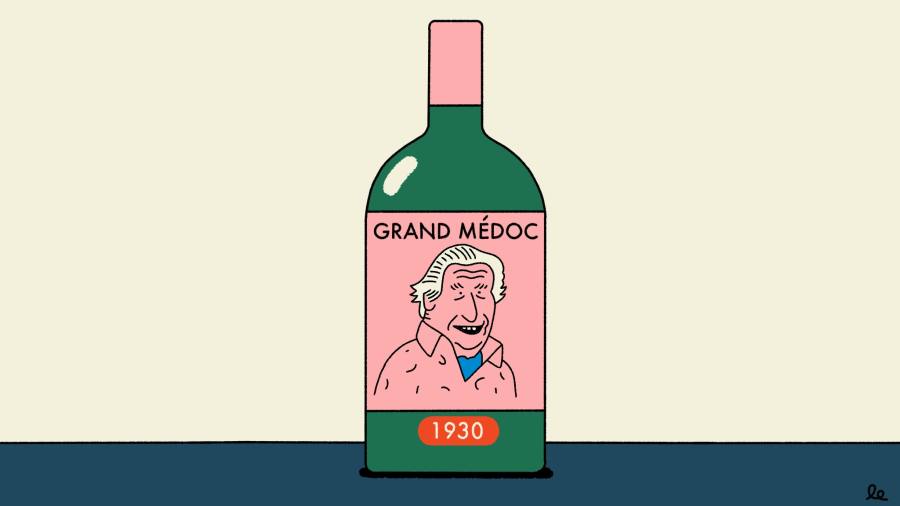 Anthony Barton of Chx Langoa Barton and Léoville Barton was buried in the vines of St-Julien last month, aged 91, marking the end of an era in the Bordeaux wine business. Most unusually, these two estimable Médoc classed growths have been in the same (Anglo-Irish) family since the 1820s. Although doubtless many tried to persuade him to sell, Barton was financially independent, never having to go cap in hand to a bank or one of the insurance companies that now own so many Bordeaux châteaux.

Nor was he interested in playing the perennially popular game of proving that he could command higher prices than his neighbours. He simply wanted to make good wine that his loyal customers could afford to drink. “There are only so many new cars you need,” he would tell journalists.

Most Bordeaux proprietors, buoyed by the success of the 1995 and 1996 vintages, released the distinctly unexciting 1997 at prices that were far too high. Notably, Barton did not follow suit. In doing so, he is unlikely to have made himself popular with the Bordeaux trade, but he did earn himself many life-long friends among wine drinkers. While his pricing may have been nudged up in subsequent years, he always enjoyed a well-earned reputation for fairness.

About 20 years ago, Barton observed wryly to me that the Médoc had been invaded by cranes. Indeed lately, château owners appear to have been transforming their ever-swelling incomes into ever-grander bricks and mortar. Yet the only building work undertaken by the Barton family in St-Julien has been focused on improving its winemaking facilities.

That said, Anthony and Eva Barton lived in Ch Langoa Barton, one of the most beautiful buildings in the Médoc, a single-storey chartreuse described by the late Michael Broadbent of Christie’s as combining “the very best of French and English taste, both in the gardens, and its beautiful interior”. (Ch Léoville Barton, only one-third of the original Léoville estate, does not have its own château and shares cellars with Langoa, the third growth whose wine is not quite as classical and slow-maturing as second growth Léoville Barton.)

It was not always thus. In 1951, Anthony arrived in Bordeaux aged 21, after attending Cambridge university. But his uncle Ronald, who ran Langoa, kept him at a distance. Anthony was not allowed to make the wine until 1985. The following year, when he and Eva moved into Langoa, Anthony was almost 56.

Ronald-era Langoa featured in the FT’s wine coverage. In 1964, my FT predecessor Edmund Penning-Rowsell camped in the grounds while researching his comprehensive book The Wines of Bordeaux. In it, he notes how the first Barton to work in the Bordeaux wine trade was Thomas, who arrived in 1722 and founded the wine merchant Barton & Guestier. Thomas went on to buy properties in the Médoc, though not the two current St-Juliens, which were purchased by his grandson Hugh a century later.

Wine may have coursed through Anthony Barton’s veins, but for much of the mid-20th century he was a lowly salesman, first with Barton & Guestier and subsequently for his own company Vins Fins Anthony Barton. On being made Decanter Man of the Year in 2007, he told the magazine’s Stephen Brook, “I wasn’t allowed to handle the two Bartons, which were sold through Barton & Guestier. So I had to make money by selling, for example, off-dry white to the Finnish monopoly. It was fairly nasty stuff, but they couldn’t get enough of it.”

Dry wit and sartorial elegance were Barton trademarks. In his autobiography Wine: A Life Uncorked wine writer Hugh Johnson describes him as “a Médoc landmark himself. When the pleasantries of tasting turn pretentious, a thing not unknown in the grander châteaux, the tall saturnine Anthony pricks the bubble.” Yet Barton was always wonderfully approachable. And hospitable. A fair proportion of the world’s wine professionals must have passed through Langoa’s elegant reception rooms. He gamely allowed us to film there when I made a TV series for the BBC in the mid-1990s, which also involved driving me round the Médoc in an open car, with camera attached, while he explained the hierarchy of Médoc entertaining.

As one of the very few Médoc classed growth owners who actually lived in their château, Anthony and Eva were popular and frequent guests when, for example, Ch Latour was in English hands. Our filming took place soon after Latour’s first growth had been sold to François Pinault and Barton mused on camera whether this “French businessman” would also entertain them. He, rightly, doubted it.

Another prominent Médoc resident, Jean-Michel Cazes of Ch Lynch-Bages in Pauillac, was a great friend of Barton. They often travelled together in an era when such wine luminaries were feted abroad, especially in America. Clearly, they felt enormous mutual respect as opposed to rivalry, and they were impish in their humour. I always wanted to be seated next to one of them at dinner because it felt like fun rather than work. Perhaps because of this, we were once bold enough to invite Anthony to dinner at home in London.

He behaved impeccably and would forever refer to the particular way my husband Nick sautéed leeks.

Unlike many famous Bordeaux proprietors during the 1990s and 2000s, when the scores of American wine guru Robert Parker virtually governed selling prices, Barton didn’t change the style of his wines to suit what was imagined to be Parker’s preference for plumped-up wine. Langoa and Léoville Barton remained dry, long-lived Médoc — albeit more nuanced and slightly fruitier wines than most of those made, with some pretty dodgy equipment, in the Ronald era. Even Penning-Rowsell admits in his book, “Ronald Barton is a conservative winemaker, and in off-years his wines can be a little thin.”

“One of the nicest people in Bordeaux”, “urbane”, “courteous” and “amusing” are all descriptions I found in my inbox after I published a short appreciation of Barton on my website.

His legacy will live on because the next two generations are already fully involved with the family wine business: his daughter Lilian and her husband Michel Sartorius, as well as their son Damien and daughter Mélanie, who has been making wine at Ch Mauvesin Barton, a property they bought in nearby Moulis in 2011.

Yet the number of truly family-owned classed growths constantly dwindles. And those for whom a benevolent pricing policy is in place is rapidly approaching zero.