Retiring at 25? It almost makes sense 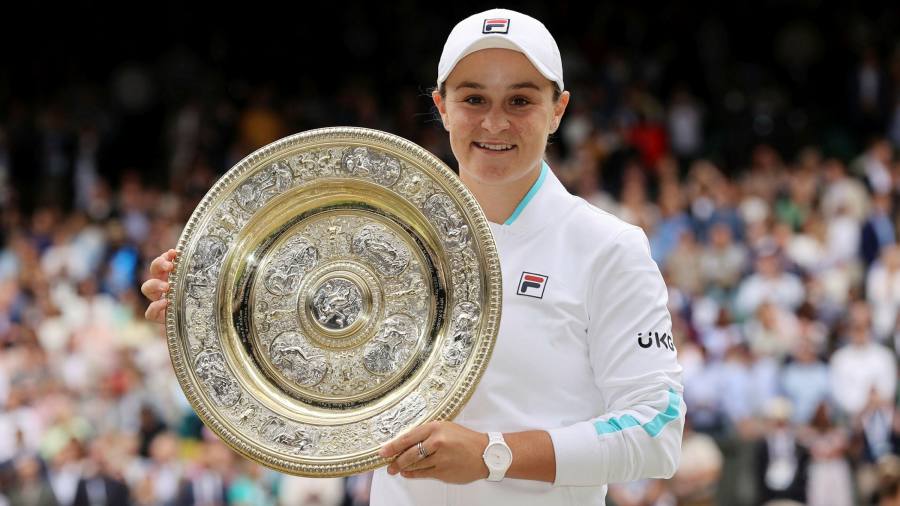 Apparently, it’s retirement. The women’s world number one, Ash Barty, fulfilled her dream of winning Wimbledon last year, followed by the Australian Open in January. Now she has stunned the tennis world by quitting — aged just 25. Rarely has a farewell felt so premature: “I don’t have the physical drive, the emotional want . . . I am spent,” she said.

For most of us, retiring aged 25 seems like filing for divorce while on honeymoon. But Barty’s decision reveals various truths, some about tennis, others universal. First, tennis. It’s a great sport, but also a lonely, repetitive one with nomadism as a non-optional extra. Players spend their youth in airports and hotels. They can’t speak to their coaches on court. “Only boxers can understand the loneliness of tennis players — and yet boxers have their corner men and managers,” wrote Andre Agassi. Being excellent at something does not necessarily mean you love doing it. Bjorn Borg first quit aged 26.

The dynamic is worse in women’s tennis, where players break through younger and arguably receive harsher media scrutiny. While Federer, Murray and Serena Williams may want to play for as long as possible, some women are unconvinced by the trade-offs involved. Naomi Osaka and Bianca Andreescu, grand slam winners, have taken time out to prioritise their mental health.

The last 40 women’s grand slams have been won by 21 different players; the men’s have been shared between just eight. That turnover should be a concern. Barty started training aged 4, and suffered depression in her teens. She speaks of wanting to be “Ash Barty, the person, and not . . . the athlete”.

Her retirement speaks to non-tennis-stars too. It’s surely no coincidence that it came after the pandemic. Barty played no tournaments for 11 months. Then, to compete in 2021, she had to leave her native Australia for months and quarantine for two weeks to return. No wonder she wants more time with her family. More than that, it’s likely that lockdowns broke the rhythm of her career. In that way, Barty has much in common with millions of people who are reassessing their work. She is a face of the Great Resignation.

The other, universal truth is that success is subjective. Not everyone wants to be a Ruth Bader Ginsburg, the US Supreme Court judge who died in office. Nor does everyone want endless success. As sports fans, we want players to sacrifice everything for greatness. But who is better adjusted: Federer, obsessively driving for another record, or Nick Kyrgios, who has said he prefers a relaxed life to winning slams?

Everyone finds their own goals. But those lucky enough to achieve them often end up feeling disoriented. After winning gold at the 2012 Olympics, the cyclist Bradley Wiggins struggled to find a new path. Having won Wimbledon and earned $24mn in prize money, Barty says she now wants to “chase after some other dreams”.

The freedom to walk away is, oddly, what makes our career sacrifices possible. As Agassi, who loved and hated tennis, put it: “I play and keep playing because I choose to play . . . No matter what your life is, choosing it changes everything.”

Barty has left tennis before, in 2014 to play cricket (quite successfully), but came back. She insists this time is different. Even so, I suspect she may return, just as Borg, Martina Hingis and Justine Henin did from their retirements. When the physical and mental strains of the past year have faded, she may recall how great she could be on a court. Or she might want to remind herself that it wasn’t just a dream.