Russia is close to sabotaging the Iran nuclear deal 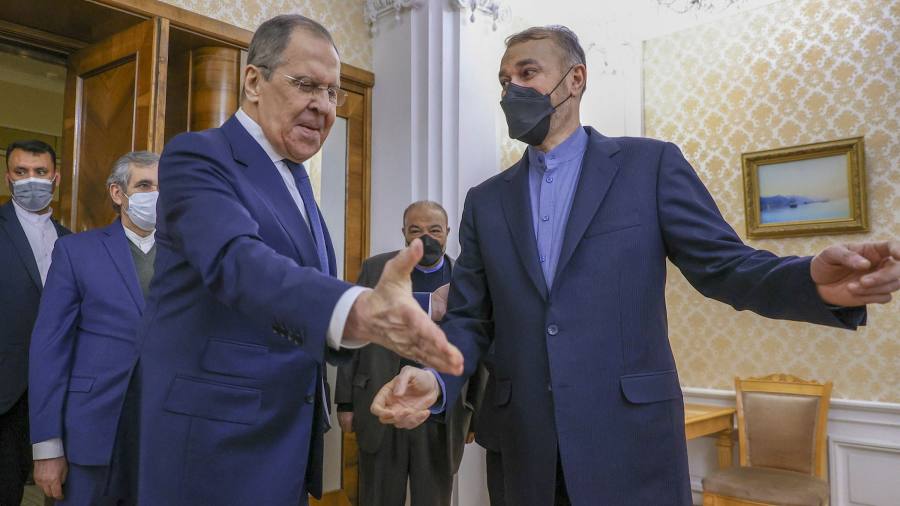 Not content with setting fire to the biggest nuclear plant in Europe last week as part of its vicious assault on Ukraine, Vladimir Putin’s Russia is now contemplating blowing up attempts to revive the nuclear restraints deal signed with Iran in 2015, a beacon of multilateral diplomacy sabotaged by Donald Trump’s unilateral withdrawal of the US in 2018.

For nearly a year, EU-hosted talks in Vienna have sputtered along and against all odds brought Iran — now firmly under the thumb of hardline theocrats — closer to the US. President Joe Biden has made resuscitating the 2015 accord the centrepiece of his Middle East policy.

Refloating the prosaically named Joint Comprehensive Plan of Action is now tantalisingly close. There are outstanding Iranian concerns. Tehran demands cast-iron assurances that no future US administration can pull out again — a guarantee neither Biden nor any other president could possibly give. It also wants the lifting of all Trump’s sanctions, not just the reimposed nuclear ones but penalties for its aggressive regional behaviour through proxy militias with missiles.

Tehran also needs to agree the extent and timetable of the sanctions roll back with the US and the JCPOA’s other signatories — France, the UK, Germany, China and Russia. That will be its reward for reversing enrichment to previous limits.

All this matters because within days, or at most weeks, the accord will be moribund. Iran waited a year before emulating Trump and ignoring the deal’s restraints. But since 2019 it has been using advanced centrifuges to enrich uranium at close to weapons grade, and recreated a stockpile of the fuel that the previous deal virtually eliminated.

This places Iran — theoretically — on the cusp of being able to produce an atomic bomb.

The chief EU envoy in Vienna, Enrique Mora, on Monday said bluntly on Twitter that “it is time, in the next few days, for political decisions to end the Vienna Talks. The rest is noise.”

But a belligerent Sergei Lavrov, Russia’s foreign minister, has demanded that the revived accord must guarantee Moscow’s right to trade and invest freely with Iran. This naked attempt to punch through the wall of sanctions the west has imposed on Russia after its invasion of Ukraine is the epitome of cynicism.

Russian diplomats have devoted huge efforts to the Iran nuclear issue. But for Putin it has become just another blackmail weapon. In his lust for Ukraine, he is quite prepared to sabotage the deal — and rain tinder on what is normally the most combustible region in the world.

Iran, which many analysts believe is ready and anxious to sign a new JCPOA to bring relief to its strangled economy, has made as clear as it can its dismay with Russia, its ally of convenience in Syria and elsewhere. Hossein Amir-Abdollahian, Iran’s foreign minister, told Iranian MPs that Lavrov’s weekend intervention would not affect Tehran’s position. “We will not allow any outside factor to affect our national interests,” he told the lawmakers.

Diplomats say negotiators and legal experts are looking for workarounds that could push Russia out of the way. This is complicated by Russia’s designated JCPOA role in taking delivery of Iran’s uranium stockpiles.

The original nuclear deal was endorsed unanimously by the UN Security Council in July 2015. Unanimity is unlikely now, and Moscow may even exercise its veto — but support from a pariah like Putin is probably valueless anyway.

Another consideration in the deal is that if the embargo on Tehran selling its oil freely is lifted, this could add crude supply of up to 2mn barrels a day. That would partly alleviate what some industry analysts fear is becoming a new oil shock, exacerbated by US moves to ban Russian oil imports over the war in Ukraine, and a “buyers strike” by companies wary of reputational damage if they buy oil from Russia now.

The US has opened lines to Venezuela, another sanctioned oil producer, in an attempt to add supply. It has failed to persuade its traditional ally, Saudi Arabia, to start pumping its spare capacity. Saudi-led Opec is sticking to the production limits it operates in partnership with Russia.

Saudi insiders say one reason for this is that Mohammed bin Salman, the crown prince and de facto ruler of the kingdom, wants Biden to deal with him and not just his father, the aged King Salman. Biden refuses to deal with Prince Mohammed over what the CIA says was his responsibility in the murder of journalist Jamal Khashoggi in 2018 and other despotic acts.

Russia’s invasion of Ukraine has turned the world upside down. The Middle East was unlikely to dodge the fallout.