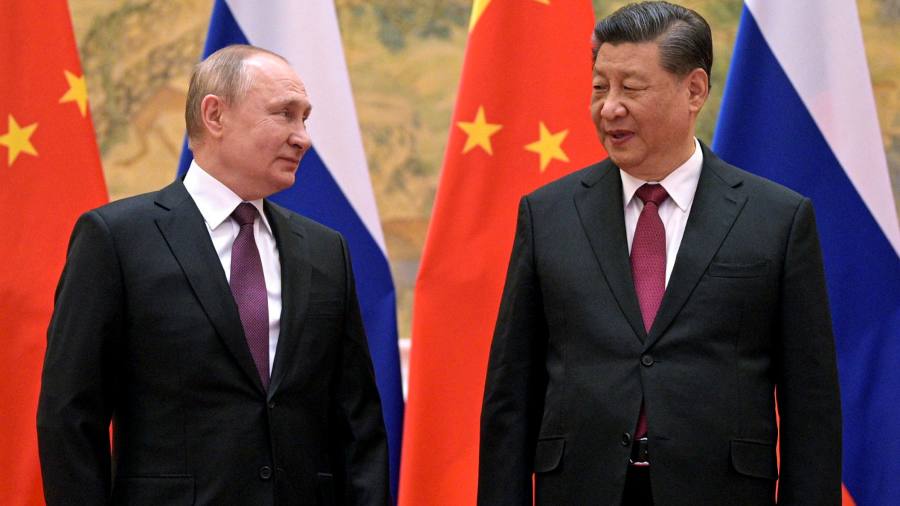 What a difference a few weeks make. In early February, Vladimir Putin and Xi Jinping proclaimed after a “warm and friendly” meeting in Beijing that the friendship between Russia and China had “no limits”.

But on Tuesday, it was clear that Beijing — professing to be “extremely concerned about the harm to civilians” inflicted by Russia’s invasion of Ukraine — was starting to attach limits to its affinity with Russia.

Wang Yi, China’s foreign minister, said that China “deplores the outbreak of conflict between Ukraine and Russia”, according to an official Chinese statement that followed a phone call between Wang and his Ukrainian counterpart, Dmytro Kuleba.

“Wang Yi’s remark marks a clear signal to reframe its association with Russia at least in its diplomatic rhetoric,” Yu adds.

In a nutshell, Russia’s invasion of Ukraine presents China with an almost impossible balancing act. On the one hand, its deep relations with Moscow are classified as a “strategic partnership”, denoting ties that embrace joint military exercises and transfers of military technology and a common antipathy towards what both countries see as the threatening eastward expansion of Nato.

On the other, Russia’s invasion is in clear opposition to a core Chinese foreign policy tenet that national sovereignty and territorial integrity must be held sacrosanct.

“Beijing is now making an incredibly difficult diplomatic straddle with its deepened partnership with this international pariah,” Yu says.

Such stresses are evident in some of Wang’s statements. Most obviously, the tenor of his remarks were cooler and more distant towards Moscow than at the time of the Xi-Putin meeting in early February.

During the call with his Ukrainian counterpart, Wang called on Ukraine and Russia to “find a solution to the issue through negotiations”, according to the statement. China supports all constructive international efforts conducive to “political settlement”, he said.

The question now is what can China do next. It is possible that Beijing may try in coming days and weeks to play up a potential role as a peacemaker.