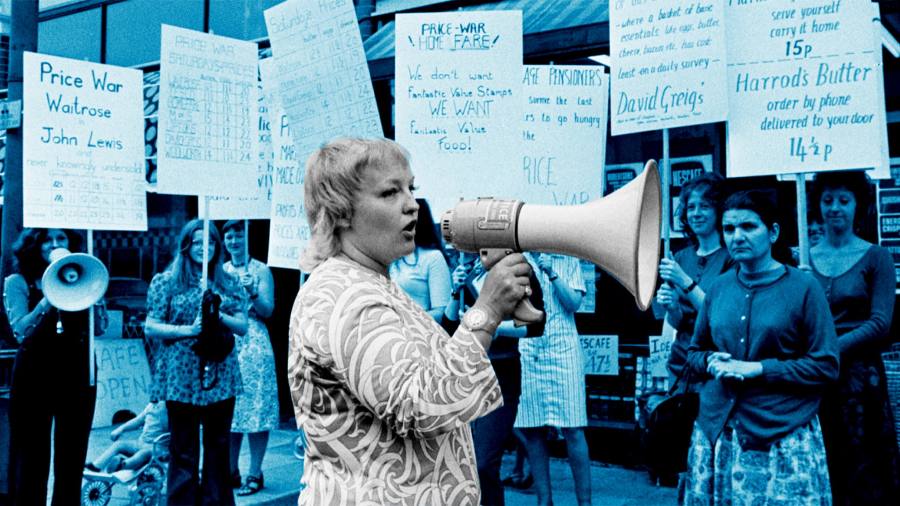 These are disorientating times for people my age. For most of my adult life, inflation has been weak and wage growth weaker. Now, inflation in the UK is 9 per cent. Last week, unionised drivers for the manufacturer JCB secured a 9.5 per cent pay rise. Rail unions are planning to strike. Britain’s policymakers, like their counterparts in other countries, are fretting about the possibility of a wage-price spiral.

Are we going back to the 1970s? I read the Financial Times archives for a flavour of how the last bout of high inflation played out. In 1974, the paper reported, the cost of living rose 19 per cent while the basic wage rate rose 26 per cent. Wage threshold agreements, aimed at compensating people for inflation, were “fuelling the fires” by creating a “built-in twist in the wage-price spiral”. At the end of that year, the National Institute of Economic and Social Research warned that pay settlements were anticipating inflation and creating a “self-fulfilling prophecy”.

It is hard to overstate how fundamentally the labour market has changed since then. The unions that negotiated those pay settlements have shrunk in size and power. At their peak in the 1970s, roughly half of employees were union members. Now the figure is just 23 per cent — and they are clustered disproportionately in the public sector. For large parts of the economy, the idea that pay rises are the result of bargaining between unions and employers is a relic of a previous era: only 13.7 per cent of private sector employees now have their pay set this way.

Alongside these changes in the size and role of trade unions, more people have struck out on their own. The proportion of workers who are self-employed almost doubled between 1975 and 2019 to about 14 per cent. This rise was driven by the “solo self-employed” who on average earn less than employees.

In other words, the 21st-century UK labour market is far more individualistic than it was the last time the country faced a serious bout of high inflation.

That doesn’t make a wage-price spiral impossible. But if it does happen, it won’t unfold in the same way. Outside pockets of union strength like train drivers, it would have to be driven by individuals’ market power to secure higher pay for themselves, which in turn would force employers to push up prices to protect their profits, and so on.

On most metrics, workers have more market power than they have had for a long time. Employers are hungry for staff. The number of job vacancies has outstripped the number of unemployed people for the first time on record. People are switching jobs at higher rates than usual. And nominal pay is indeed on the rise.

But employers are doing their best to make sure this does not become entrenched. They are offering pay top-ups in the form of bonuses, golden hellos and temporary “market supplements” in an attempt to avoid increasing the base rate of pay. The latest wage data for the first quarter of the year suggests average total pay rose 1.4 per cent in real terms thanks to bonuses. Without the bonuses, regular pay fell 1.2 per cent in real terms.

Averages also conceal a lot. Analysis by the Institute for Fiscal Studies shows that the employees in the UK who have secured the biggest pay rises over the past two years are the ones who were paid most to begin with. In the latest quarter, pay grew fastest in finance and business services, thanks partly to high bonuses.

Strangely, the IFS has found that the occupations with very high levels of job vacancies such as cleaning have not experienced the highest pay growth. This is in stark contrast to the situation in the US where the lowest-paid workers have secured the biggest pay rises. Xiaowei Xu, a senior IFS economist, says it is possible that UK employers in these sectors have felt unable to raise prices to sustain higher pay, unlike those in financial services.

Andrew Bailey, governor of the Bank of England, suggested earlier this year that to help keep inflation under control, workers shouldn’t ask for big pay rises. It is more realistic to expect people to protect themselves against inflation by securing higher wages if they can. The question is who has that power in today’s atomised labour market, and who does not. We might well see a wage spiral for some and a price spiral for others.