Testing will be key to living with Covid 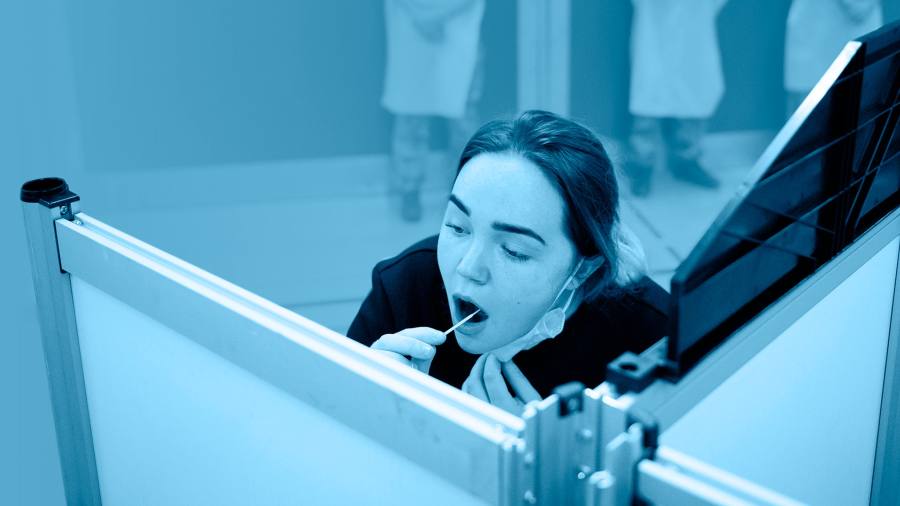 Even the most dramatic emergencies must eventually end. Governments that claim extraordinary powers need to relinquish them. Some will be reluctant to do so, keen to find some reason why the threat remains so critical that forceful authority is needed. The commitment of Boris Johnson’s government to end all pandemic-related restrictions in England and move to a policy of “living with Covid” is therefore welcome in principle. Timing, however, is everything. The decision appears premature, driven by political expediency and the need to bolster an embattled prime minister rather than purely by public health.

Covid case numbers have fallen sharply since Johnson introduced so-called Plan B measures in England in December to contain the Omicron variant, instructing people to work from home when they can, wear face coverings in public places and only attend large events with proof of a negative test. But new cases are still high, at more than 20,000 a day. The fall since the peak of more than 200,000 at the turn of the year is probably more a reflection of high vaccination rates and Omicron’s epidemiological behaviour than the minimal interventions the government introduced. That strengthens the case that the virus should soon be treated as endemic and something to be lived with, rather than a pandemic that has to be contained by drastic action.

Lifting restrictions will, no doubt, help the prime minister shore up his own position, after coming under pressure to resign over his own alleged breaches of coronavirus restrictions. Having lost the support of many of his backbenchers, a shift to a “living with Covid” policy will be popular with many Conservative MPs who have been frustrated with the extension of the state into people’s everyday lives. The scandal over lockdown parties in Downing Street has also undermined public faith in the rules; the longer restrictions are maintained, the more enduring the charges of hypocrisy.

Ending the legal requirement to self-isolate for at least six days after a positive Covid test and making this purely advisory is an important part of treating coronavirus like other diseases. But with cases at their current levels, especially given Omicron’s contagiousness, it appears to be several weeks too early. There is no economic imperative: self-isolation is no longer resulting in unduly disruptive levels of absence. Britain’s derisory level of statutory sick pay, moreover, means that many poorly paid workers — among the most likely to catch the virus — will choose to work, or be forced to by unscrupulous bosses, even when ill. Ending the £500 isolation payment for those on low incomes could be a false economy as infections stretch health service budgets.

Free tests are set to end for most groups in Britain beyond older people with symptoms, NHS and care workers and those involved in Office for National Statistics survey work, which may be trimmed back. While the cost is considerable and some more friction may reduce unnecessary stockpiling of the tests, a high level of surveillance will still be needed. Scaling back testing too much carries risks, both that cases do not remain under control or that dangerous new variants emerge undetected.

There are a few areas in which Britain has genuinely distinguished itself through this pandemic, particularly its rapid vaccine rollout and its genomic testing, which has helped to alert the world to new variants. The former has put it in a position to remove most coronavirus restrictions. The latter will still be necessary in order to “live with Covid” — and to provide an early warning system for further variants of a virus that is not disappearing.