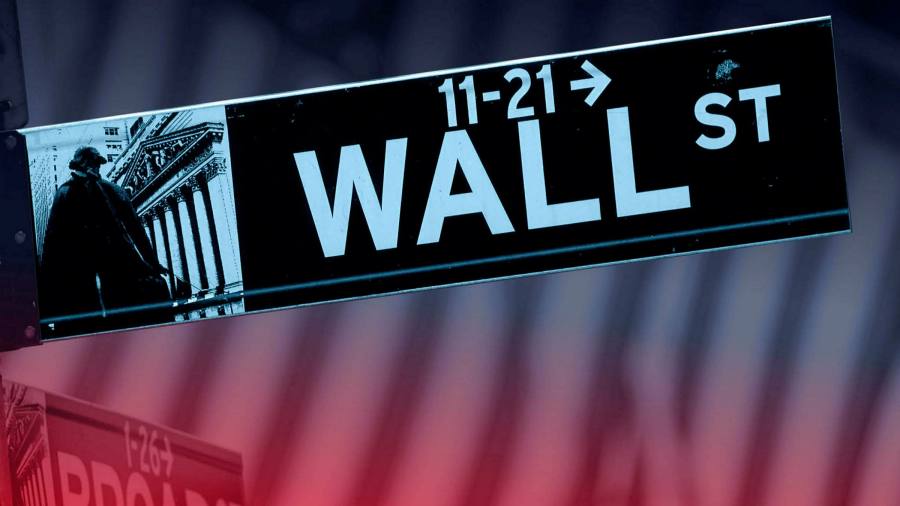 Good morning. A nice little micro-rally in stocks yesterday, as good results from Dollar Tree, Dollar General, and Macy’s suggested that not every retailer was going to fall into the traps that Walmart and Target did. But there may be more traps laid elsewhere, as I discuss below. Email us your thoughts: [email protected] and [email protected]

And, if you are in the US, enjoy the first long weekend of summer.

Way back in December I wrote about the bullwhip effect. It works like this: in response to a drop in supply or pop in demand, companies in a supply chain over-order or hoard inventory to protect themselves. The over-ordering amplifies as it moves up the chain from retailer to wholesaler to manufacturer to supplier. The whip cracks when suddenly demand weakens and there is too much inventory in the chain, leading to a glut. I wrote:

The question is whether bullwhip effects might go into reverse next year [2022], leading to oversupply at just the same time as rabid end demand for goods is cooling anyway because (please, please) Covid is subsiding. This could lead to supply gluts or even deflation. I would hate to attach a probability to this, but it seems possible but not likely

Regular Unhedged readers will now be thinking about Target and Walmart. The shares of the two big-box retailers were recently clobbered after they ordered a lot of the wrong stuff and ended up with billions in extra inventory they have had to mark down, at a cost to margins. This does indeed sound rather bull-whippy.

Albert Edwards of Société Générale thinks the Target and Walmart situation could be part of a global bullwhip phenomenon. In a recent note to investors (in which he kindly mentioned Unhedged) he argued that “unanticipated excess inventory build-ups, especially during a Fed tightening cycle, can help to trigger a recession”. He points out that in the fourth and first quarters, US business inventories grew by $212bn and $185bn, respectively, or roughly a per cent of GDP in each quarter.

If we have built up too much inventory, then it will have to be wound down, which will not only creates the possibility of price deflation (as in the Walmart/Target case) but of less orders for suppliers and manufacturers. Who will this hurt most? Probably China:

If we accept there is an inventory issue at the retail level in the US, producers are clearly going to see orders cut . . . China is likely to be especially hard hit — just at a time when the authorities there are desperately trying to revive growth. While I think it is only a matter of time before the Fed capitulates, maybe it will actually be China that is forced to (re-) open the liquidity floodgates first.

But is there an excess inventory problem? Overall inventory-to-sales ratios do not look very high. But, Edwards argues, if you look at certain sectors, the story is not so pretty. Here is his chart:

The chart does not look to bad to me — it seems to show inventory-to-sales ratios only a little above pre-pandemic levels. But the increase was enough to make me think. Where besides the balance sheets of big retailers may excessive inventories be hiding? So I had a poke around the companies in the S&P 500.

While, again, there is not an obvious pattern cutting across industries, at a number of large companies inventories are moving up remarkably quickly. A couple of examples. Stanley Black & Decker is a big company that makes hand tools, which were in great demand with bored do-it-yourselfers during the pandemic. Here is what its inventory to sales ratio looks like over the past five years:

Intel is a big company that makes computer chips, which there was not enough of during the pandemic. Here is it’s inventory to sales ratio over five years:

These two companies stuck out to me because they are large and important, in disparate sectors, and suddenly have a lot of inventory. But they are not alone. Within the S&P 500, similar patterns were also visible not just at Target and Walmart but also companies such as Garmin, Cisco, Monster Beverage, Ross Stores, and others.

I’m not jumping to any conclusions here. It may be that the growth in inventories at these companies reflects tactical choices in response to pandemic conditions, and can be managed down smoothly. What do the companies say? Here is Stanley’s CFO Donald Allan on the company’s first-quarter call:

As a reminder, last year, we made significant investments in inventory to help meet the outsized demand in the tools business. Our 2022 cash flow guidance assumes that we can modestly reduce inventory versus 2021 levels, and we expect much of that improvement to occur in the second half of the year…

Our inventory at the end of Q1 was up approximately $850mn versus the year-end ‘21 balance. The increase in our first-quarter inventory was primarily due to working capital seasonality to support the peak outdoor buying season, spring merchandising and the Father’s day selling season.

That all sounds sensible, if demand comes in as expected. Here’s Intel’s CEO Patrick P. Gelsinger, responding to a question about high inventory levels:

We are building 10-nanometer [chip] inventory. We have new products that we’re ramping into the marketplace. And we do see some of those will be reversals as we go into the latter part of the year as that inventory will start flowing through the product area. So we would say this is very typical management of new product ramps…

as we’ve indicated, we did see our customers’ inventory burn down in Q1. We expect some of that to be in Q2 as well. But by the second half, we expect those adjustments and obviously the strength of second half outlook, we do expect much of that inventory burn to have finished in the first half and a strong second half as we’re ramping our new products.

Again, there is nothing unreasonable about this. It is hard to see from the outside who if anyone is going to get into a Target-style mess. But there is clearly a lot of inventory at big companies right now. I don’t know if Edwards is right and that is likely to contribute to a global recession. But it is clearly an important thing to keep an eye on.