The death of globalisation has been greatly exaggerated 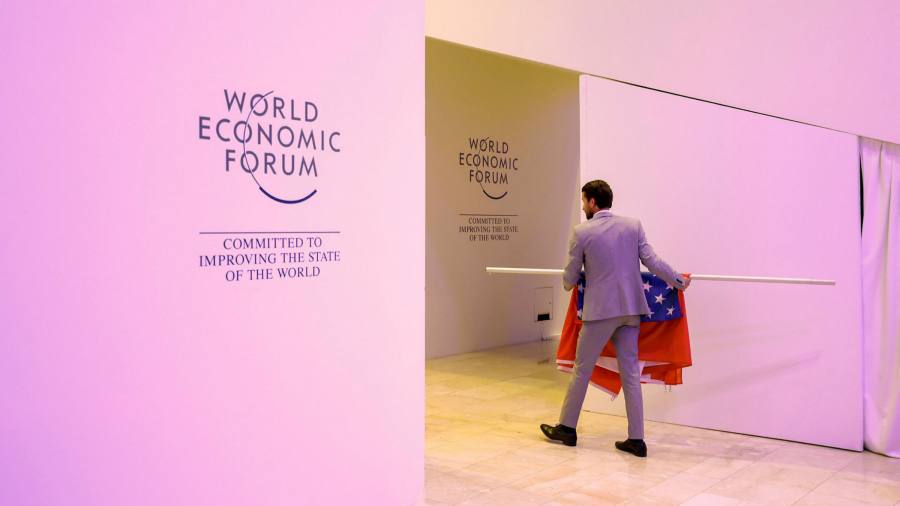 The global elite gathered at Davos this week for what by all accounts has been a gloomy affair. The head of the IMF, Kristalina Georgieva, set the tone by warning against “geoeconomic fragmentation”. Among business leaders the talk is all about globalisation going into reverse. So here, in the spirit of constructive contrarianism, are some ideas to sprinkle a little nuance over the debate.

Fragmentation? What fragmentation? So far, the curious thing is that fragmentation can, as Robert Solow quipped about productivity, be seen everywhere but the statistics. Start with trade, which has grown strongly from the short-term collapse in the early months of the pandemic. As the chart below shows, until the first quarter of this year merchandise trade gave little indication of deglobalisation for rich countries, China, or the 20 biggest economies (advanced and emerging) taken together.

Indeed the IMF’s own research shows that the world now trades more than it had projected three years ago. For all the disruptions, real as they are, cross-border supply chains have delivered greater exports than was expected of them. Just not enough to satisfy the gargantuan shift in US (and mostly just US) consumer demand from services to goods, which is what started our current inflationary burst.

We can make the same observation about financial globalisation. Banks’ total cross-border liabilities peaked in 2008 as the global credit boom turned to bust (see the chart below). But since about 2016 cross-border entanglements have been rising quickly. They admittedly came down a little bit in the past year but remain near peak levels.

Of course, the world has changed since the first quarter of this year. The monthly World Trade Monitor database shows trade growth stagnated in March (but also that the momentum of world goods trade was strong until February).

But does this reflect fragmentation? Of course, Russia is being cut off from global economic activity, as it should be, and more comprehensively than has happened to date. The World Trade Monitor estimates that Russia’s imports collapsed by 40 per cent from February to March. And Ukraine is having much of its trade shackled by Russian president Vladimir Putin’s assault, which beyond the sheer violence of his warfare ranges from blocking the country’s ports to stealing and destroying grain in a macabre echo of the famines engineered by Stalin in the 1930s.

Apart from that, however, trade may be flat but is hardly unravelling. The slowdown in March is largely driven by China, which has had its coronavirus lockdown challenges to deal with. And the world economy as a whole is palpably slowing down, so it is natural for trade to slow as well (the World Trade Monitor estimates that world industrial production fell 1 per cent in March, much more than the 0.2 per cent fall in goods trade). But that is an effect of the economic cycle, not the level of cross-border integration.

Deglobalisation does not produce resilience. Even if fragmentation exists largely as a threat in the minds of the Davos Men and Women, that is not to say they are wrong to be worried. There are clearly political pressures to reverse globalisation. These existed before the pandemic and Putin’s war but were strengthened by how these revealed just how economically interdependent we were.

As I wrote early in the pandemic, however, resilience to shocks and autonomy from geoeconomic pressure can be assured not just by self-sufficiency, but also by a combination of stockpiling and diversification. And both of those are easier to achieve when you can source from many countries and not just your own. If the worry is being held economically hostage by hostile governments, this can be addressed not by trying to “reshore” all your supply chains but by reorganising them around the economies of allied countries — what US Treasury secretary Janet Yellen calls “friend-shoring”.

If, instead, you pursue resilience through self-sufficiency, you risk ending up with neither. The scandal of baby formula shortages in the US has just served up a perfect example of this, as my colleague Brooke Masters explained in a recent column.

There is fragmentation and there is fragmentation. Globalisation means two things. Conceptually it means the economic integration of national economies — deepening cross-border flows of goods, services, capital and people — especially between countries at different levels of economic development. But sometimes it is taken more literally to mean this process involving the whole world. Bear this in mind and you can see that it is possible to “deglobalise” (in the latter sense) without “deglobalising” (in the former sense). Yellen’s friend-shoring is an illustration of this.

There is a lot of pressure to friend-shore. Look no further than the EU’s plan to reconfigure its energy system. It aims to end energy imports from Russia, but it does so in part by intensifying other regional and global trade in energy, in particular finding new suppliers for imports of natural gas today and hydrogen in the future. Look, too, at the efforts among democracies to agree rules of the road for the digital economy and the handling of sensitive data, which may lead to fewer digital transfers between democracies and non-democracies while deepening data connectivity within these blocs.

So it looks very plausible that the global economy may be reorganised along big regional blocs defined not just by geography but by common values and governance. That would be “deglobalisation” in the literal sense. But it would involve more globalisation in the economically meaningful sense — that of deepening cross-border economic integration. “Regionalised globalisation” would be a better term.

The question, then, would be whether further globalisation within such regional, politically delineated blocs could be as efficient and productive as a literally global integrated economy. My hunch is that for the advanced economies centred on the transatlantic west, the answer is yes — and that there is much more doubt for less advanced economies. But that is, to be sure, an uncertain gamble. If regionalised globalisation is the way we are headed, we shall find out whether China needs the west more than the west needs China.