We need a new global compact on vaccines 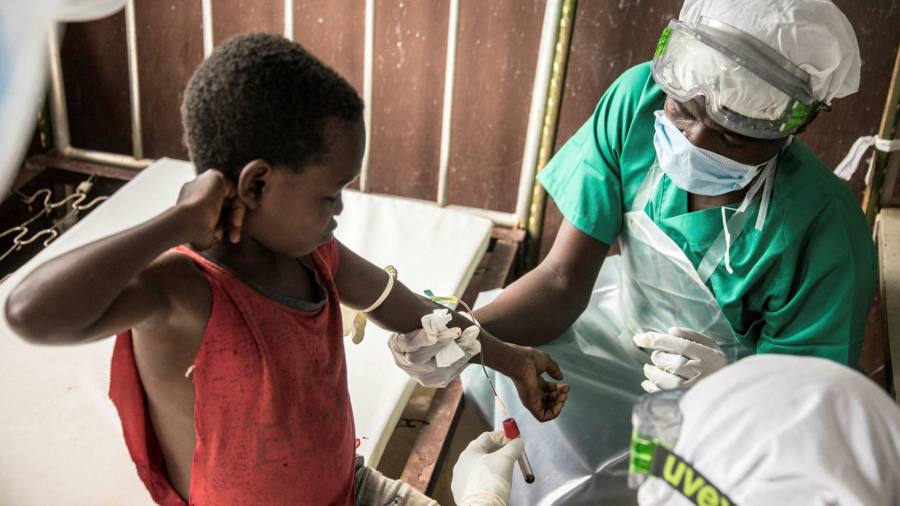 The writer, who has held senior leadership positions at Gavi, Unicef and USAID, is on the faculty of Columbia’s Mailman School of Public Health

As new cases of the monkeypox virus appear in the US and Europe, already both are moving to ensure they can vaccinate their populations. Although there is no specific monkeypox vaccine, the inoculation developed to protect against smallpox bioterrorism attacks offers some cross-protection, and one is approved for monkeypox. Now that vaccine, which is in very short supply, is being hoarded by rich countries — just in case. The US has signed a deal to purchase millions of doses, the EU’s health agency is gearing up for a vaccination drive and Russia has announced it will vaccinate medics.

Monkeypox is not new to the world. It has been circulating for decades. Remarkably, even though we have a vaccine that can protect against it, there was no attempt by the private or public sector to make it in Africa or deploy it there. This is due to the way we, as a global community, produce vaccines that prioritise the health needs of wealthy western countries.

Pfizer’s recent announcement that it will produce vaccines at not-for-profit pricing for low- and middle-income countries does not address the structural issue that remains. The fundamental flaw is that vaccine-manufacturing is concentrated in just a few countries. But the good news is that the problem is fixable.

Recent efforts to grant a “Trips” waiver, a negotiated exemption to trade rules that restrict the use of the intellectual property associated with Covid-19 vaccines, are a good start. In June, the World Trade Organization will decide whether to grant a waiver. But according to a recently leaked draft, the proposed agreement fails to undo monopoly protections for different types of intellectual property beyond patents.

Even though most research and development is heavily subsidised by public funding, companies are granted sweeping intellectual property protections. Those advantages are further entrenched by highly complex manufacturing that requires significant knowhow and upfront investment in equipment.

That’s why a Trips waiver isn’t enough to solve the problem — and never will be. We have to go further to fix a system that saves an effective monkeypox vaccine for rich countries that haven’t needed it.

To do that, first, we must make the patent system easier to understand. Right now, it is purposefully complex. Creating a universal patent database will help new manufacturers know if they’re in danger of infringing on patent rights. One already exists for Covid-19 vaccines and could be expanded to include any medicine created through public subsidies.

Manufacturing capacity also needs to be in place ahead of time to allow for a rapid scale-up of production. To do that, low-income and middle-income countries need equipment and “knowhow” to make vaccines. In addition to sharing the patents, the originator company should work with new manufacturers on all steps of the process as a condition of public investment in research and development and procurement.

Partnership between established pharmaceutical companies and new producers should be good for business in the long run, allowing the existing companies to offer high-quality products closer to a consumer and decrease the distribution cost. Manufacturing partnerships can also help expand the type of products that a company can offer, such as single-dose vials for the American market and multi-dose vials commonly used in Africa.

As things stand, even when a new manufacturer manages to produce a vaccine, the regulatory and quality assurance environment is daunting. There are different regulatory rules in every country, making it hard for new producers to get their products quickly to market. The experience with Covid vaccines has provided some promising paths forward, starting with the WHO emergency use evaluation procedures. Accepting WHO authorisation or that of a regional regulatory body, like the African Medicines Agency, could streamline the pathway for other vaccines.

The existing model has failed. A Trips waiver is necessary to vaccinate the world but it is not sufficient. What’s needed now is a new compact between pharmaceutical companies and the public that funds them. A new deal that distributes manufacturing capacity globally, supports vaccine research and product development in nascent vaccine-producing regions, and shifts the vaccination model from charity to self-reliance.