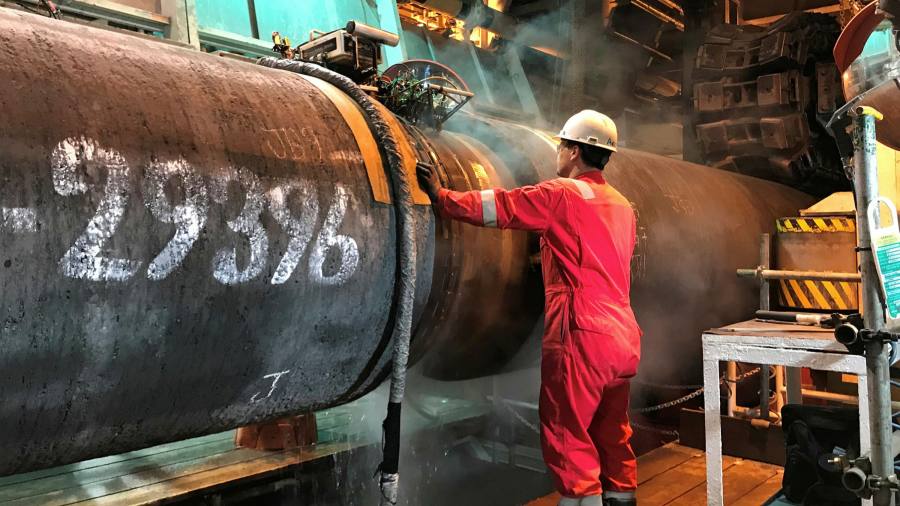 The western alliance has patched up some of the cracks that appeared last week as it seeks to deter Russian aggression against Ukraine. President Joe Biden, who had suggested a “minor incursion” by Moscow might leave Nato members split, on Monday proclaimed “total unanimity” after a video call with European leaders. US officials have said any Russian invasion of its neighbour will provoke sanctions starting “at the top of the escalation ladder”. Efforts also continue along the diplomatic track, with the US on Wednesday delivering a letter containing its response to President Vladimir Putin’s demands to reshape Europe’s security architecture.

Yet western efforts to present a united front continue to be marred by wavering by one of its most influential members: Germany. While the US and UK have sent defensive weaponry to Kyiv, Berlin is declining to do so — and has blocked delivery of howitzers from Estonia to Ukraine, prompting indignation from Nato allies. Olaf Scholz’s coalition has sent mixed signals over whether it is prepared to halt the Nord Stream 2 gas pipeline if Russian troops enter Ukraine, and to support financial sanctions such as barring Moscow from the Swift interbank payments system.

Historical factors, including Ostpolitik, the detente with Soviet-bloc countries initiated by Scholz’s forerunner as chancellor, Willy Brandt, and a reliance on Russian gas imports built up since the 1970s, weigh on Berlin’s thinking. Germany’s position on sending arms to Ukraine is underpinned by a longstanding ban on lethal weapons exports to conflict zones. The guns in Estonia came from East Germany, exported to Finland after German reunification, so are covered by end-use restrictions.

There are strong reasons, however, for the Scholz administration to show solidarity with US-led efforts to marshal robust economic sanctions — and press the powerful German business lobby to do the same. There can be few bigger risks to energy supplies, and to German business relations with Moscow, than a war in the heart of Europe. Doing everything possible to cajole Putin to pursue a diplomatic, not military, solution to his security demands is imperative. The Nord Stream 2 pipeline has, moreover, always been a political, not economic, project — designed to free Russia from reliance on an export pipeline across Ukraine. While Scholz hinted last week that Nord Stream’s future would be in question if Russia invaded Ukraine, he should be more explicit in stating that the pipeline cannot operate in those circumstances.

Sanctions being touted against Russia would have an impact on businesses and the wider economy in Germany and across Europe. Yet for the threat of punitive steps to be a credible deterrent, the Kremlin must believe its counterparts are prepared to suffer some pain. German concerns about the potential side-effects of measures against Russian banks — including on Berlin’s ability to make payments for supplies — would be better discussed privately between western capitals, not flagged publicly.

German businesses are not alone in trying to turn a blind eye to the Ukraine crisis. While they have Russian investments and shareholders to consider, this week was no time for leading Italian companies to hold a video meeting with Putin on what the Kremlin billed as the “potential for further expanding ties”. Business as usual is scarcely possible with a European partner that is menacing its neighbour with an army of more than 100,000. The best hope of an eventual return to something like normality is to reinforce the west’s solidarity and resolve in its twin-track policy of deterrence and diplomacy.