Whitehall must realise that local areas really do know best 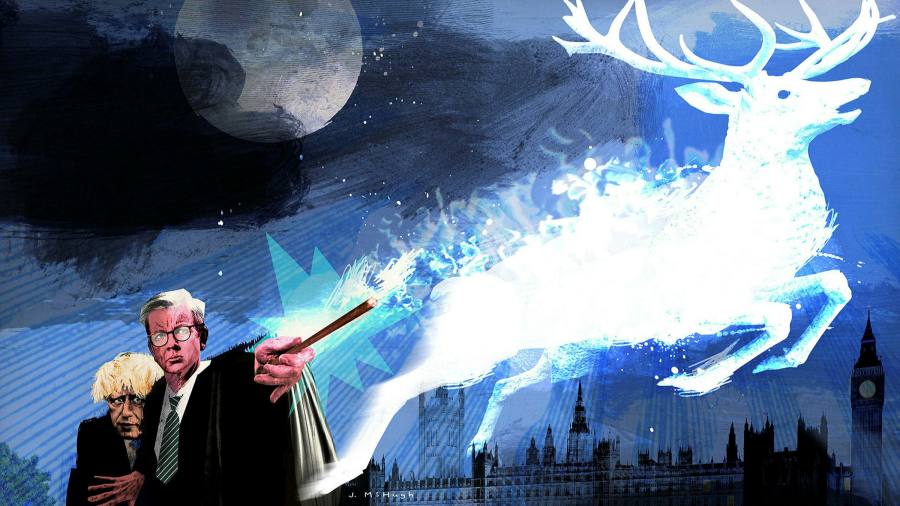 Expecto Patronum! Like Harry Potter sending a silver stag to fend off the Dementors, the bespectacled Michael Gove has conjured a defensive shield for Boris Johnson. Gove’s Levelling Up white paper is akin to a patronus charm, emitting a cloud of light to assure nervy MPs that Johnson can deliver for the North. It may not be enough to save this prime minister — who is haemorrhaging staff including his policy chief — but it might endure in a way that he will not.

At first glance, the white paper’s 12 missions are just a propaganda sheet. They range from achieving “more first-time buyers in every area”, to nationwide 4G coverage”, to the lofty promise that “every area will have a globally competitive city” by 2030. With little new money, the Institute for Fiscal Studies has criticised these as too broad and unlikely to succeed. But Gove’s decision to make them legally binding targets, overseen by an independent council, are an important device to focus the attention of a siloed Whitehall. Despite heading the new levelling up department, Gove has struggled to get other ministers to even attend his meetings. Setting these targets in stone will enable progress to be properly measured. And that’s vital, if money is to be spent wisely.

The idea of levelling up is bedevilled by fears that it will simply shift taxpayer money from south to north. Already, the National Audit Office is warning that billions of pounds could be wasted by the new towns fund and levelling up fund. Theresa May was at pains to claim that “socialism is about levelling down; Conservatism is about levelling up” and Johnson has said that “we don’t think you can make the poor parts of the country richer by making the rich parts poorer”. The test will be whether areas which are a net drain on the exchequer can become net contributors.

There is a moral imperative to level up: it is simply appalling that the economic divide between north and south in today’s Britain draws comparisons with that between East and West Germany before the fall of the Berlin Wall, and an 18-year gap in healthy life expectancy. But there is also a big potential dividend to be reaped by the whole country. Britain is not the only place with big regional differences in economic performance. The IMF has found that regional disparities in the average advanced economy have risen since the late 1980s. But we have bigger gaps in output between our richest and poorest parts than any other OECD country, on some measures.

History is littered with failed attempts to narrow such divides. What Gove and his brains trust believe is that focusing on economic growth alone will not produce the desired results. Academic experts and the former Bank of England economist Andy Haldane believe that just packing off BBC staff to Salford or building a new bus route won’t be enough to create the virtuous circle needed. That can only be unlocked through a complex web of local pride, health, skills and quality housing. Haldane waxes lyrical about football clubs, which can sound peripheral. But he is trying to restore the social fabric, which is much more frayed in many deprived northern towns than the London commuter belt and rich parts of Scotland, according to the think-tank Onward. The same research has found that places with parish councils have stronger social fabric than those without: perhaps because they feel a measure of pride and ownership.

The white paper promises a “revolution in local democracy”, but few new powers are being offered. A government that spent tens of billions on test and trace should be more humble. During the first lockdown, when Westminster was scrabbling to get hold of PPE, I spoke to the director of a northern hospital who had got a local textile factory making hospital gowns and a northern council leader who was chartering flights to Spain to buy supplies. They had just got on with it.

As long as the centre views such people as mavericks, it will continue to impose uninformed ideas. Whitehall isn’t structured to accept that the right answer may be different in different places or that locals may know best. It remains addicted to formulating “deals” to do its bidding. The mania for “rolling out” initiatives nationally — like Sure Start family centres — can end up diluting the local character that made the first ones work. Civil servants and politicians move on frequently, unlike shop owners, residents and local councillors. When I was in my twenties I had the formative experience of running a public-private partnership that regenerated a small part of London. We knocked down ugly things, built some iconic new things, got our businesses managing public spaces and even got some locals into jobs. But whenever we were asked to expand our boundaries we said no: we knew our patch and it took all of our energy to nurture it.

Much could go wrong. With inflation pushing up living costs, the Treasury is understandably reluctant to throw money away. But the pandemic has demonstrated that the centre can be horribly wasteful. And the advent of the “zoom economy” is liberating large numbers of people to relocate to where they grew up.

If levelling up is to mean anything, it will demand focus and nerve. How deep is the prime minister’s own commitment? Even as the white paper was being published, Downing Street was quietly moving to placate backbenchers and lobbyists by dropping parts of its anti-obesity strategy — despite the fact that reversing policies on junk food would undermine its stated mission to level up health.

As every Hogwarts student knows, even the most qualified wizards can find the patronus spell difficult to manage. It must be hoped that the worthy objectives and the assembled brains endure.