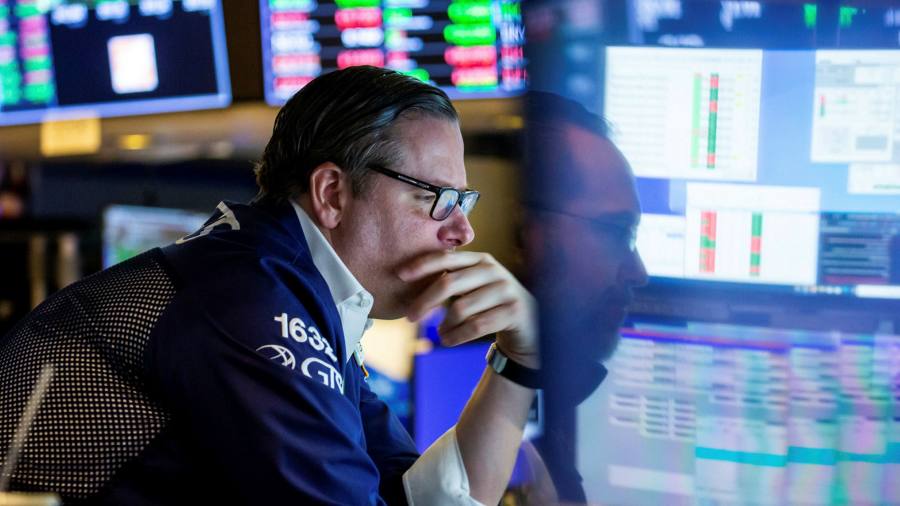 Were you happy with your active manager in 2021? For British investors in the US stock market, where actively managed funds holding the largest US stocks returned 27.5 per cent, the answer may be yes. For Europe, too, large-cap funds saw gains of 14.9 per cent, according to Morningstar data.

But take a closer look and active managers look less prescient. Passive funds tracking the respective US and European indices gained more after fees — 29.3 per cent and 16.3 per cent, respectively. After fees, 82 per cent of large-cap mutual funds in the US and 86 per cent of those in Europe underperformed their benchmarks in the decade to 2020, according to S&P Dow Jones.

But that’s not why I’ll never buy an active fund again.

In the early 2000s I was a journalist for a Hong Kong-based financial trade magazine. One of my jobs was to survey the world’s leading investment managers every few months to report what they were buying and why. Every time — without fail — they disagreed.

It didn’t matter what they were buying — developed equities, emerging equities, government bonds, high-yield debt. Take your pick. Their views, without fail, were all over the place.

Frequently, they would draw the opposite conclusions from the same information. Maybe there was a consensus that US interest rates were set to rise. For one manager this meant selling her US bonds. For another, it meant buying more.

I didn’t pretend to be an expert, but I had always assumed that there was a right decision when it came to investing: the better informed you were, the more likely you were to take it. I was increasingly unsettled by the fact that the world’s highest-paid investment managers, backed by an army of analysts crunching every bit of available data, would time and again make divergent choices.

The managers argued their superior judgment made the best sense of the data. But I began to doubt whether there was any such thing as skill when it came to picking stocks. Even if there was, I was now certain I couldn’t spot it.

Star managers offer a compelling but dangerous narrative: the vividness of their stories masks the low statistical odds that you will pick the one that succeeds

So, with my Isa investments and then my pension, I opted for passive investing. I selected a low-fee exchange-traded fund (ETF) based on the US S&P 500. The index might comprise only the largest US companies, but a considerable chunk of their revenues come from abroad; it was a decent slice of global growth, I figured. After an ill-fated flirtation with so-called “smart beta” passive-style funds, I realised I was out of my depth and switched to a simpler market cap-weighted version.

I’ve done well so far — the index has increased roughly 120 per cent since the start of 2016, when I made my first pension contribution. Despite the economic havoc wrought by the pandemic and war in Ukraine, the index is up 85 per cent since its low in March 2020. I doubt the next six years will be as rosy. With interest rates set to rise and increasing talk of a US recession, I’m also ready for some losses.

Many people will be nodding at this point, thinking that while passives did well in rising markets, things will now be different. But I don’t believe it — and I’m not about to jump ship for a star active manager.

It’s hard to argue that names like James Anderson, Nick Train or Terry Smith — feted managers who have outperformed their benchmark for decades — aren’t on to something. But since I’ve no idea what that something is, who’s to say it won’t stop working tomorrow?

Today, among UK-based funds tracked by Morningstar, 25 that invest in US large-cap stocks are at least 15 years old. Let’s say you had started following them 15 years ago. Then, after five years, you bought the five funds that performed best over that period. Ranked for their performance over the past decade, three of those funds would now be in the bottom five; one would have held its top five spot (at number five) and the other two would be mid-table.

Star managers offer a compelling but dangerous narrative: the vividness of their stories masks the low statistical odds that you will pick the one that succeeds. The existence of the fund management industry depends on this triumph of hope over experience, relying on our propensity to cling to the handful of big-name performers.

Much as I like to think that insight keeps me from the star manager trap, I suspect it’s more about fear. That sinking feeling I get when my horse slips to the middle, then the back of the field is bad enough. How much worse to realise 25 years from now, when I come to draw my pension, that I would have been better off paying an algorithm to track the index?

If I ever doubt my choice, I think of Neil Woodford. In 2017 his flagship fund managed more than £10bn. Two years later, with investors running for the exits, only £3.7bn was left and the fund was suspended. Investors are still waiting to lay their hands on the rest of their money, with another delay announced this week.

Once the administrator has finished unwinding his investments, Woodford’s unfortunate investors will be lucky to get £2.7bn back. Among their losses they may also count any remaining illusions about the performance of star managers.

The author is a freelance journalist