Why the British love quizzes 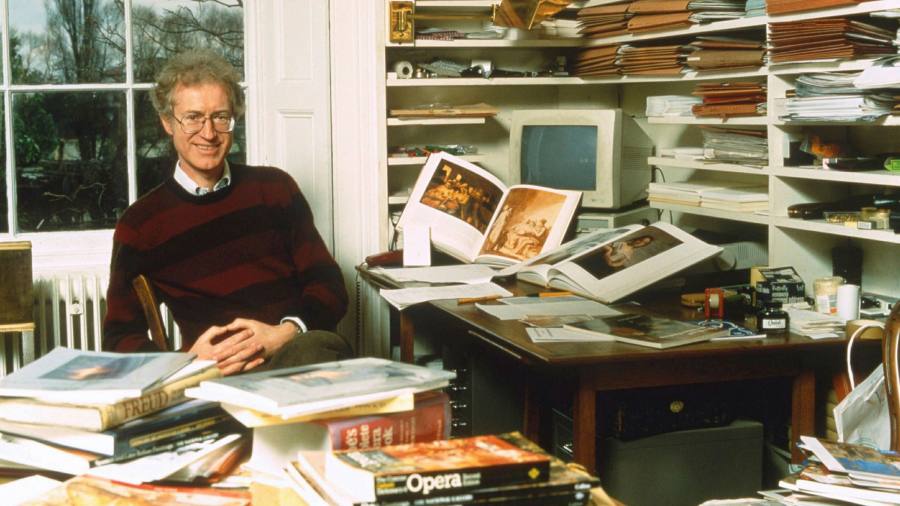 The writer is a financial journalist and editor of ‘Game Query: The Mind-Stretching Economist Quiz’

The latest revelation in the Downing Street “partygate” scandal was a picture of Boris Johnson, the prime minister, along with a civil servant draped in tinsel and a bottle of sparkling wine. The occasion in question was that most British of events: a quiz.

The British love being tested on their knowledge of trivia and watching and listening as other people go through the process. The most popular show on British radio, with 8.7m listeners — Ken Bruce’s morning programme on Radio 2 — centres on a music quiz called “popmaster”. Last Monday, a British enthusiast could have sat down to watch Channel 4’s Countdown at 2.10pm and then viewed nothing but quiz shows on mainstream channels till 6.30pm; after a break for dinner, between 8pm and 9pm they could turn to two of the longest-running TV quizzes, Mastermind and University Challenge.

Sadly, this week saw the death of Bamber Gascoigne, the original host of University Challenge. The polite and donnish Gascoigne was just 27 when he first hosted the show in 1962, and he was smart enough to set the questions himself in the early series. The format, with its “starter for 10” and specialised bonus rounds, lasted 25 years under Gascoigne and was revived again in 1994 with a more abrasive host, Jeremy Paxman. Many future celebrities appeared on the show as undergraduates, including Stephen Fry and Julian Fellowes, while David Lidington, a prominent member of Theresa May’s government, was captain of the Sidney Sussex, Cambridge team that had a stunning success in their 2002 “Reunited” game.

The show is resolutely highbrow. In the most recent episode, students were asked to identify the chemical compound known in its pentrahydrate form as chalcanthite and the Czech scientist who gave his name to the branching fibres of the subendiocardium. (*For the tiny proportion of FT readers who don’t know, the answers are at the end of the article.)

But the vast majority of broadcast quiz shows deal with far more trivial bits of information on subjects for which the audience has a reasonable chance of knowing the answer, and can snort with derision at contestants who get things wrong. Private Eye, the satirical magazine, has a column called “Dumb Britain” in which readers submit the most embarrassing answers they have witnessed. In a recent example, when asked to name a green fruit or vegetable, the contestant replied “Orange”.

Most TV shows pitch their level of difficulty to align with the standard of the typical pub quiz, a competition introduced in Britain in the 1970s as a way of enticing customers on slow nights during the week. Pubgoers form teams, usually of four to six players, and consisting of family members or groups of friends; they often devise a punning name such as “Les Quizerables” or “The Quizzard of Oz”.

Each team chips money into a pot which is parcelled out among the leading teams at the end; cheating, in the form of googling the answers, is met with disqualification. But experienced quizzers who pick the right pub can enjoy a night of free alcohol by exploiting their expertise. One player will be an expert on sport; another on geography; a third on music; and so on.

The pub will usually bring in an outside quizmaster to set the questions, which range from general knowledge, anagrams, identification of celebrities by their pictures, and naming the pop song or mystery voice. Teams will mark the papers of the table next to them, something that can occasionally lead to bitter disputes.

The pub quiz format is now used for charity events, and for corporate press gatherings where hacks are teamed with business insiders in the hope of developing better contacts. And they can be used as teambuilding events within companies, although these are not universally successful; this correspondent can remember an in-house Financial Times event in the 1990s when two older journalists walked out in disgust at the dumbed-down nature of the questions. On occasions, the atmosphere can be a little too competitive and “laddish” for other employees.

Nevertheless, once the pandemic arrived, it was a simple matter to create in-house quizzes, which at least gave events a bit of structure (conversation at online “team drinks” could be a little stilted). The Downing Street staff were thus not alone in holding a Christmas quiz in 2020.

Neither the government nor the Sue Gray inquiry have revealed what questions were asked at the quiz in question. But safe to say the queries didn’t include “what is the maximum number of people who can gather indoors during lockdown?” or “how many British prime ministers have been forced out of office between elections?”

*The answers are copper sulphate and Purkinje