Why Will Smith deserves our compassion 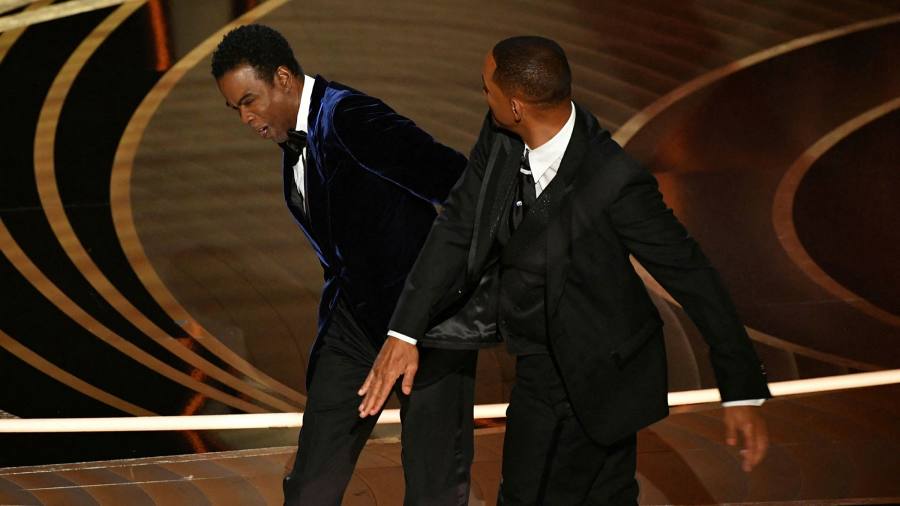 On Monday morning in Milan, I checked Twitter, hoping there would be news of a Best Actor win for Will Smith, so I could write a feel-good piece about his life and career. Instead what I found was the Oscars footage of the usually inspirational, clean-cut Smith walking up on to the stage at LA’s Dolby Theatre and slapping the comedian Chris Rock, in front of stunned viewers around the world. Then demanding that Rock keep his wife’s name out of his mouth, after Rock had made a joke about her shaven head. Jada Pinkett Smith has publicly shared that she suffers from alopecia, an autoimmune disorder; Rock also took a verbal swing at Smith’s wife at the 2016 Oscars.

The event generated a kaleidoscope of opinion, trying to make sense of why Smith resorted to violence on a night so pivotal to his career. Some asked why Rock would publicly shame a black woman about her hair or about an illness; others what it means to “protect” a woman. There’s been discourse about the nature of black-on-black violence, armchair theories of internalised self-loathing, discussions about how this act feeds racial stereotypes. Others who have, like me, read Smith’s recent memoir, in which he writes about a formative childhood moment of watching his father hit his mother, went straight to the idea of unresolved trauma.

What happened between Smith and Rock (and Pinkett Smith) feels monumental for many people because there is more to it than just one grown man momentarily losing his temper and slapping another grown man. That moment is entangled in the personal histories of both men and in a much broader web of realities spun from racialised and patriarchal systems.

One singular piece can’t hold all the weight of why these two successful, intelligent black men would come together as they did on such an important night for Smith and so many other people of colour. Of the 84 Oscars given in the Best Actor category, only five in the Academy Awards’ 100-year history have been won by black men. The last award to a black man for Best Actor was given 15 years ago.

What happened on Sunday seemed out of character for the Smith we’re familiar with. In his three-decade-long career, he has excelled in music, television and film. When The Fresh Prince of Bel-Air, his first acting job, started airing in 1990, Smith had already won a Grammy award for his rap music, the inaugural winner in the then new category. He’s since had blockbuster movie hits and was the star of eight films in a row that grossed more than $100mn at the box office. One consistent aspect of Smith’s career has been his insistence on delivering wholesome content; at the outset of his music career he was ridiculed for his refusal to use profanity in his lyrics, and labelled “soft” and “corny”.

I am not defending Smith or Rock. There are no winners in this scenario. We all have our opinions and judgments, and bring layers of meaning to Sunday’s events based on our understanding of racial and social constructs, our race, and our own experiences and histories. Yet, wherever we land in our reading of that night, I think we can almost all agree on one thing: it was tragic for many people. For most of his time in the limelight, Smith has been the quintessential good guy. Now, the night of his greatest professional triumph has become the night of his most public humiliation.

In a society that’s become accustomed to cancelling people based on one mistake, it would be easy to vilify Smith. But I keep returning to the notion that this one lapse of judgment shouldn’t change how we see the overall efforts of Smith’s life so far. Brokenness is inherent in the experience of being human. And whether we like it or not, our fragility as humans does cause us to do and say unacceptable things that we will probably regret. Violence is rarely the answer. But what I saw on Oscars night was something that many of us see in the mirror from time to time: a wounded human being. That doesn’t excuse Smith’s behaviour, but it reminds me that compassion rather than judgment is often a better place from which to observe another person’s life. Especially as not a single one of us is without fault.

Celebrity status, financial and professional success, fame: none of that is a shield from the reality of being human. None of that is a cure for our desire for healing and for wholeness. Smith, on the night of what should have been the pinnacle of his success, revealed what seems to me to be a vital truth about the pursuit of a meaningful life. That if we desire any modicum of the transformative peace available to us, then at some point we have to be willing to take a closer look at ourselves. To try and understand what’s formed us, what motivates our thoughts and behaviours, while also realising that our sense of identity and worth cannot ultimately be found in our achievements or ideas of success. We have to take the pulse of our own lives, paying attention to those deeper hungers that are not satiated by paychecks or accolades or recognition.

To be human requires recognising our fragilities. A journey to wholeness can take a lifetime, replete with wins and losses, with one step forward and two steps back. But it appears to be an unavoidable part of the path towards that elusive peace we all crave.

Putting the Oscars incident on the psychiatrist’s couch / From Andrew Morson, New Orleans, LA, US