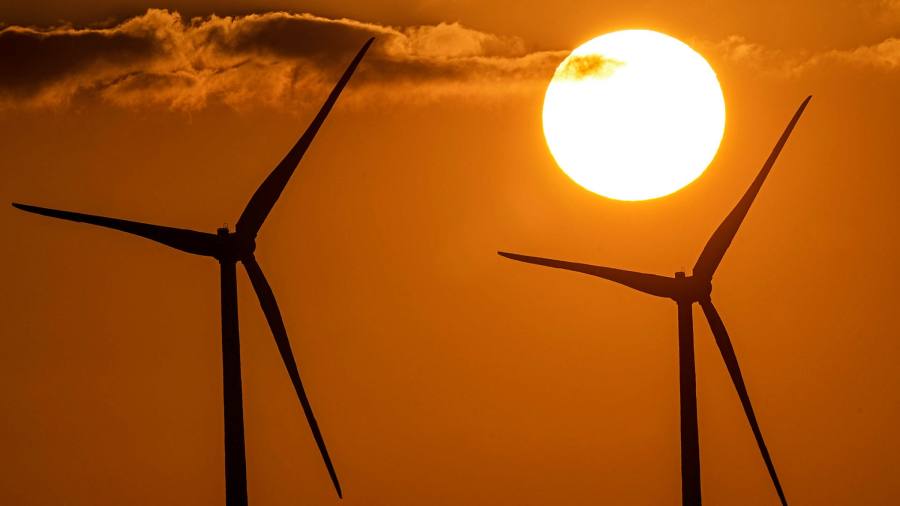 Hello from New York. While our Washington bureau will be covering the climate developments at the Securities and Exchange Commission today (for more on this, see below), Europeans today will be watching the fate of a critical piece of the bloc’s Green Deal.

Russia’s invasion of Ukraine has ignited inflation. UK inflation will reach about 8 per cent this spring and “could go even higher later this year”, the Bank of England warned last week.

As a consequence, the EU Farm to Fork strategy might be in jeopardy. EU agriculture ministers are meeting today to discuss efforts to arrest surging food prices as well as possible changes to the Farm to Fork initiative.

Launched amid the pandemic in 2020, the strategy seeks to attack global warming and protect ecosystems. The goal has been to limit pesticide use while encouraging organic farming — all while supporting an overarching goal of limiting greenhouse gas emissions from food production.

As we have seen in the energy sector, business lobbies have pointed to the Ukraine crisis to push for changing environmental rules. Our Brussels colleague Andy Bounds reports that the EU farmers’ lobby group wants to increase fertiliser imports and pesticide use, among other planks of the Farm to Fork initiative.

Every day, the Russian invasion of Ukraine brings fresh stories of unspeakable suffering. Russia’s bombing has brought “hell on earth” to Ukrainians. Yet from our perspective covering environmental and social issues, one wonders how much Russia’s invasion will set back progress on combating climate change?

For today’s newsletter, I interviewed Mary Schapiro on the significance of the SEC’s climate proposal and its impact on the Task Force on Climate-Related Financial Disclosures. I’ve also dug into a little-noticed BlackRock statement about Samsung’s recent annual meeting and what it means for the company’s climate policies. Please read on. — Patrick Temple-West

The SEC’s proposed rules for corporate climate disclosures, which are expected later this morning, mark a significant turning point for the future of corporate climate change reporting, said Mary Schapiro, secretariat for the Taskforce on Climate-related Financial Disclosures (TCFD).

As we reported last week, the SEC is likely to require information about scope 1 and 2 greenhouse gas emissions (a business’s direct emissions and emissions from electricity consumption, respectively) in companies’ annual 10-K reports.

The SEC’s efforts come more than a decade after Schapiro led the agency’s initial effort to prod companies to report more about their climate risks. In 2010, the SEC published guidance about what climate-related legal proceedings and other risks they should disclose. But the agency did not adopt actual mandates.

“It wasn’t really earth-shattering guidance,” Schapiro told Moral Money. “It reminded them of their responsibilities to disclose material risks” including physical and transition climate risks, she said.

The TCFD was formed in 2015 by the G20’s Financial Stability Board. Responsible for its day-to-day work, Schapiro led the TCFD to release a framework for disclosure in 2017. Now, eight jurisdictions have announced TCFD will be part of their climate reporting requirements: Brazil, the EU, Hong Kong, Japan, New Zealand, Singapore, Switzerland, and the UK.

Schapiro said the TCFD was not itself a standards setter for climate reporting, but rather a tool for companies and governments.

“The last big piece of this disclosure puzzle has been the SEC approach,” Schapiro said. “We will be pleased to pass the baton at that point and feel very good about having gotten us to this point.”

The SEC still faces a tough road ahead. Republicans — and possibly companies themselves — are all but certain to pose a legal challenge to whatever the SEC finally adopts. And Credit Suisse said in a report on Sunday that actual corporate reporting requirements were not expected to take effect until at least 2023.

For now, the TCFD will keep plenty busy. But as more and more jurisdictions adopt climate reporting rules, “at some point the TCFD will be able to declare victory and go home”, Schapiro said. “We will have done what we were asked to do.” (Patrick Temple-West)

Samsung, the world’s biggest maker of mobile phones and computer chips, has drawn fire in the past for its greenhouse gas emissions. The South Korean giant said that its emissions rose 5 per cent year on year in 2020 — despite the Covid-19 pandemic. Greenpeace said fossil fuels comprised 80 per cent of the conglomerate’s electricity. By comparison, its rival Apple said last year that its carbon footprint had decreased by 40 per cent over the past five years, and that it would be carbon neutral across its supply chain and products by 2030.

Despite Samsung’s questionable emissions record, BlackRock voted for the company’s directors at the company’s annual meeting on March 16. In a voting bulletin, BlackRock applauded Samsung for adding to its board Wha-Jin Han, South Korea’s former environmental secretary.

Samsung’s board was also aware that shareholders were concerned about the lack of information about how the company would handle climate transition risks, BlackRock said.

Still, BlackRock seemed to be gritting its teeth as it supported Samsung’s board.

Investors “are deeply limited” in their ability to gauge the company’s transition strategies, BlackRock said.

Samsung had not stated any carbon neutrality goals, and its pledge to slash emissions by 70 per cent “expired in 2020 and had not been refreshed”, BlackRock said.

Taking all this into account “signals a lack of urgency on these issues from Samsung’s board,” BlackRock said.

BlackRock rarely writes voting memos after company meetings. The Samsung note suggests the asset manager is conveying a message other than simply announcing it was supporting the board. Expect Samsung — and companies similarly positioned on climate disclosures — to be on a short leash going forward. (Patrick Temple-West)

Scope 3 emissions — the indirect greenhouse gases that come from a company’s supplier universe — can be controversial. On one hand, corporate reporting for these emissions could be crucial to the understanding of a firm’s carbon footprint. But on the other hand, information about scope 3 emissions can be difficult to obtain, and companies do not want to be responsible for emissions they can’t control.

Credit Suisse, in a report out yesterday, showed that scope 3 emissions accounted for about 80 per cent of total emissions across all but two business sectors. If the SEC requires companies to disclose scope 3 emissions, the agency must show that the benefits of this information outweigh the costs, Credit Suisse said, adding that regulatory opponents often sue agencies over this. Scope 3 inclusion “will likely play a role in terms of how ‘aggressive’ the [SEC’s] proposal will be”, the bank said. 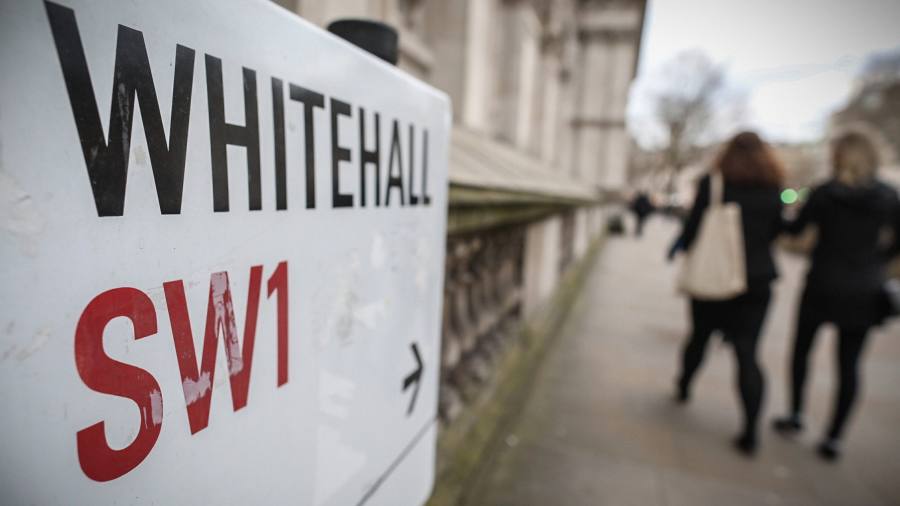