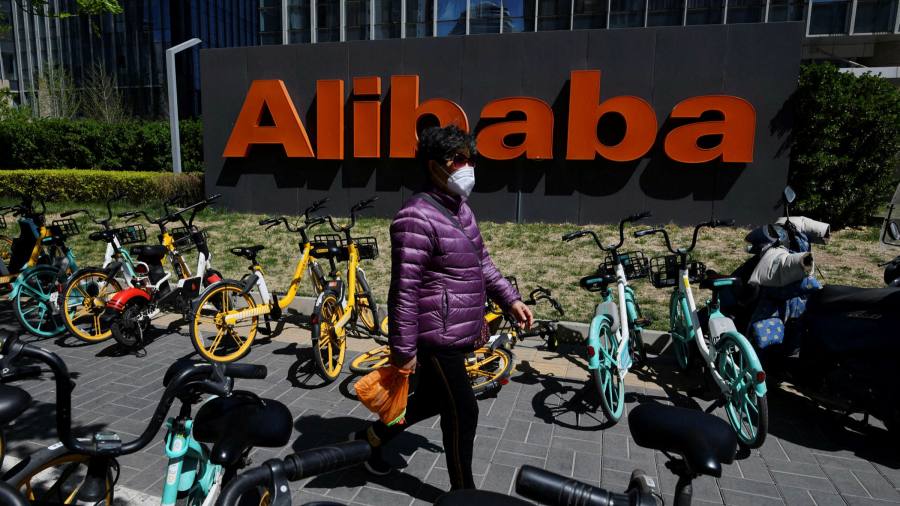 Alibaba has increased its share buyback plan to $25bn as the Chinese ecommerce group looks to boost investor confidence after slowing growth and a crackdown on the tech sector sent the company’s stock to a multiyear low.

The ecommerce group founded by Jack Ma has lost about 65 per cent of its value since Chinese authorities cancelled the initial public offering of its fintech arm Ant Group in November 2020, triggering months of regulatory scrutiny for the country’s largest tech groups.

Alibaba said on Tuesday it would increase its authorised share repurchases to $25bn from $15bn over the coming two years. The company has already repurchased $9.2bn of stock as part of the programme.

Alibaba’s Hong Kong-listed shares closed 11.2 per cent higher. The company’s stock has rallied more than 40 per cent since last week, when Liu He, China’s top economic official, made a rare intervention in an attempt to reassure investors and said Beijing would soon finish its “rectification” of the country’s big tech platforms.

Growing geopolitical risks related to Russia’s invasion in Ukraine, US moves to begin the delisting process for Chinese shares in New York and a worsening Covid outbreak in the mainland have also caused market volatility in recent weeks.

Daniel Zhang, chief executive, has repeatedly said Alibaba’s shares are undervalued and the company would continue buying back stock.

Public filings also indicate Ma and Joe Tsai, Alibaba’s executive vice-chair, have slowed their share sales amid the drawdown. Tsai did not sell any shares in the second half of 2021 and Ma only sold about 10mn shares during the year, roughly half the amount he had disposed of in prior years.

Alibaba trades at a forward price-to-earnings multiple of 12.2 with cash on its balance sheet representing more than a quarter of its market value, according to research group Bernstein.

The relatively cheap share price has drawn in well-known value investors, such as Berkshire Hathaway vice-chair Charlie Munger, but the company has yet to dent the scepticism of many Wall Street analysts.

Robin Zhu, an analyst at Bernstein, pointed to Alibaba’s slow growth and declining margins as reasons for concern. “Buying back shares should increase shareholder returns, but the longer term issue is the competitive headwinds in China ecommerce,” Zhu said.

Alibaba reported its slowest quarterly sales growth in the fourth quarter since its 2014 IPO, with revenue up 10 per cent year on year — the first time growth had fallen below 20 per cent.

Alibaba was fined a record $2.8bn for abusing its market position last year and Ant remains under regulatory scrutiny.