Apple’s Shanghai headache and a battle for batteries 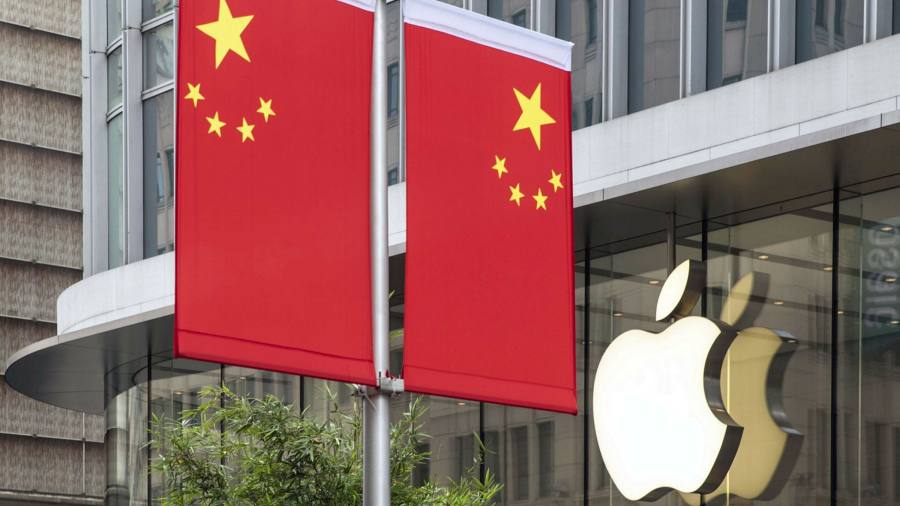 Greetings from Taipei! This is Lauly Li, covering the tech industry’s supply chains, from chips to smartphones to EVs. This week in Asia, all eyes were on US President Joe Biden’s first trip to the region since taking office in early 2021. His itinerary, however, did not include China, the world’s second-largest economy.

A week after Shanghai announced it had reached “zero Covid,” the tech industry continues to struggle to recover from the month-long lockdowns in the city and its neighbouring regions. Although many suppliers have shifted at least some of their capacity away from China in the past few years due to Beijing-Washington tensions, the Shanghai region remains one of the world’s most important hubs for electronics manufacturing. Industry executives told us that the scale and severity of the lockdowns went far beyond their expectations, and even their overseas capacity was not enough to cushion the blow.

Apple’s headaches are getting worse. The US tech giant has already warned investors that the Covid lockdowns in China could squeeze its revenues by up to $8bn this quarter. Now the development of at least one of this year’s new iPhones is falling behind schedule, according to an exclusive report by Nikkei Asia’s Lauly Li and Cheng Ting-Fang.

The product development process for new iPhones involves close collaboration between Apple and its suppliers, and must be completed on a tight schedule to ensure mass production begins on time, usually around the end of August each year.

The month-long lockdowns in and around Shanghai, however, restricted movements and hindered progress on key stages of this process. Now that restrictions are lifting, Apple is urging suppliers to speed up their development efforts to keep production on track.

“Apple and its suppliers are working around the clock to speed up development,” according to an executive at one supplier. Unfortunately, the executive added, the pace of reopening in Shanghai is “rather slow.”

It is too soon to say whether consumers will feel the impact of these delays — new iPhones generally don’t hit store shelves until late September. But the situation underscores once again how heavily dependent Apple remains on its supply chain in China.

A flurry of fundraising created 44 new — unlisted companies valued at $1bn or more — in India last year. Now, many are cutting staff, slashing spending and bracing for a new reality of scarce capital. It is a sharp reverse from the aggressive, and expensive, expansion of last year.

The new focus on frugality comes as investors turn cautious amid a meltdown in global markets. Funds raised by start-ups dropped 20 per cent on the quarter in the first three months of the year. According to investment banker Shivakumar Ramaswami: “Most people are scared to price [a deal] in this market because they don’t know where the bottom is.”

Chinese ride-hailing group Didi is moving to delist from the New York Stock Exchange after shareholders overwhelmingly backed its plan to leave US markets, Ryan McMorrow writes for the Financial Times.

Beijing opened a national security probe into the group days after its $4.4bn initial public offering last year, pulling 26 of its apps from online stores in China. The probe has crashed both Didi’s business and its stock price. Shares are down from $14 at the IPO to $1.75 on Wednesday.

Didi’s shareholders are betting that delisting from the US is the company’s best chance at getting back into Beijing’s good books. On Monday more than 95 per cent of shares cast in a special vote were in favour of delisting.

Didi executives, meanwhile, hope that delisting will help wrap up the probe, allowing the ride-hailing group to return to normal operations and move toward a listing in Hong Kong.

The risks for investors are many. Didi says it is “uncertain” if delisting will be the final step needed to mollify Beijing. Its ride-hailing services also have serious compliance issues. And US investors have launched class action lawsuits against the group.

Didi will need to solve all three problems to take another stab at an IPO in Hong Kong. Until then, its shares will trade over the counter, a move that will cause trading volume to plunge but also free the company from requirements to provide any financial information to shareholders.

Driven by a booming electric vehicle market, Chinese battery maker Contemporary Amperex Technology Ltd has grown into a Rmb1tn ($148.1bn) company. But CATL, as it is better known, is facing a challenge from a smaller state-backed rival with big ambitions, writes Nikkei Asia’s CK Tan.

CALB, as the company is called, has applied to go public in Hong Kong and is reportedly seeking to raise more than $1bn in what could be the city’s biggest IPO this year. It also aims to increase its battery output over 84-fold by 2030.

The company is already enjoying a sales spurt. It posted Rmb6.82bn in revenue last year, nearly quadrupling its pre-pandemic 2019 sales. Its bottom line has improved even more dramatically, reversing from a net loss of Rmb156.4mn in 2019 to a Rmb111.54mn net profit last year.

And there may be one more factor working in its favour: CATL’s own dominance.

According to Tu Le, an industry veteran with Beijing-based consultancy Sino Auto Insights, automakers are looking to diversify their supply chain away from CATL, whose stranglehold on the market means its can “dictate prices.”

And carmakers, Tu says, “hate it when a supplier is this important to them.”

#techAsia is co-ordinated by Nikkei Asia’s Katherine Creel in Tokyo, with assistance from the FT tech desk in London.

Sign up here at Nikkei Asia to receive #techAsia each week. The editorial team can be reached at [email protected]