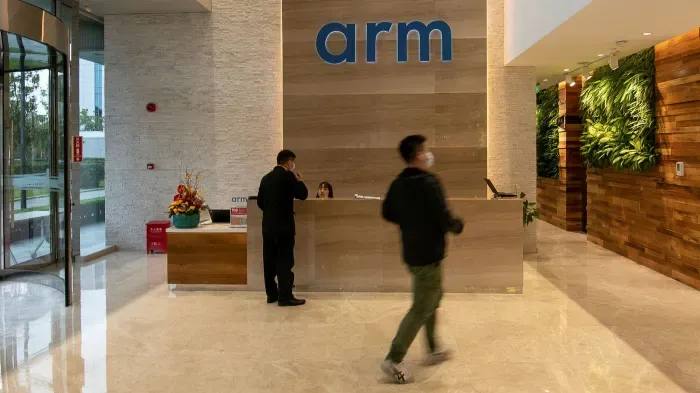 The recent history of Arm, the Cambridge-based chip designer, has been full of twists. FTSE-listed until owner SoftBank took it private in 2016, the latest news relates to its nearly two-year struggle with its own joint venture in China.

The renegade Arm China, led by Allen Wu, is denying the company the ability to audit its finances — a major hurdle in SoftBank’s hopes for a big public market debut for the tech company.

Arm’s solution involves transferring shares in Arm China to a SoftBank special purpose vehicle, according to a report by Arash Massoudi, Anna Gross and Ryan McMorrow. That would change the relationship from an equity stake to a licensing agreement, allowing Arm to receive licensing revenues but not need to audit its finances.

In theory, the arrangement would bolster SoftBank’s hopes to complete Arm’s IPO within a year. A planned $66bn sale to Nvidia, which would have been a record deal for the chip sector, collapsed in February.

In practice, the path is fraught. Wu holds the “chop”, the traditional company seals that are the only means of authorising official documents in China, which makes it hard to change domestic company registration without his involvement.

There is also the small matter of the local government in Shenzhen, which Arm and SoftBank have been in negotiations with for months. People briefed on the discussions told the Financial Times that the government sees the spat as a chance to get concessions amid fears that Arm could one day stop providing key semiconductor blueprints to China.

Arm’s story post-2016 has been one of the collision of tech and geopolitics. Alex Younger, the former chief of the UK Secret Intelligence Service, was among many who expressed dismay at SoftBank’s plans for a US listing. How the next stage of the company’s Byzantine journey plays out remains to be seen.

The Internet of (Four) Things

1. Australia to pass law to protect critical networks from foreign attacks
Canberra is preparing tougher legislation to defend Australia’s national infrastructure, reports Nic Fildes, covering 11 sectors such as telecoms, electricity grids and sewerage. The new measures will enforce stricter compliance and monitoring as tensions continue to rise between western powers on one side and countries, including Russa and China, on the other.

2. More than $600mn in crypto stolen from ledger behind Axie Infinity
Ronin Network, the digital ledger behind popular cryptocurrency game Axie Infinity, has suffered one of the biggest thefts in the history of digital assets, reports Miles Kruppa. Axie Infinity is one of the best known “play-to-earn” games, which allows users to earn crypto from battling digital monsters.

3. War in Ukraine and inflation hits Asian tech
Over on #techAsia, the big story is how Asian tech used by companies in sectors ranging from mobile phones to electric vehicles is suffering from rising input costs and inflation. The upshot is a reduction in production and the situation may worsen if these factors are sustained.

4. Is VR fitness a revolution in waiting?
Dave Lee steps into the virtual ring with a digital Sylvester Stallone as he enters the world of VR fitness. Researchers studying the use of these games suggest there is definite use as a fitness tool, with some analysis suggesting that another boxing game gives a similar workout to using a rowing machine.

Despite a name which evokes the image of a spiritual plane of endless suction, the Dyson Zone is in fact a set of air-purifying headphones. The company says that the device, which some commentators thought could be an early April Fool’s joke, has evolved over six years with a “scientific” approach to its audio features. The headphones will be available online and in-store from Autumn 2022.