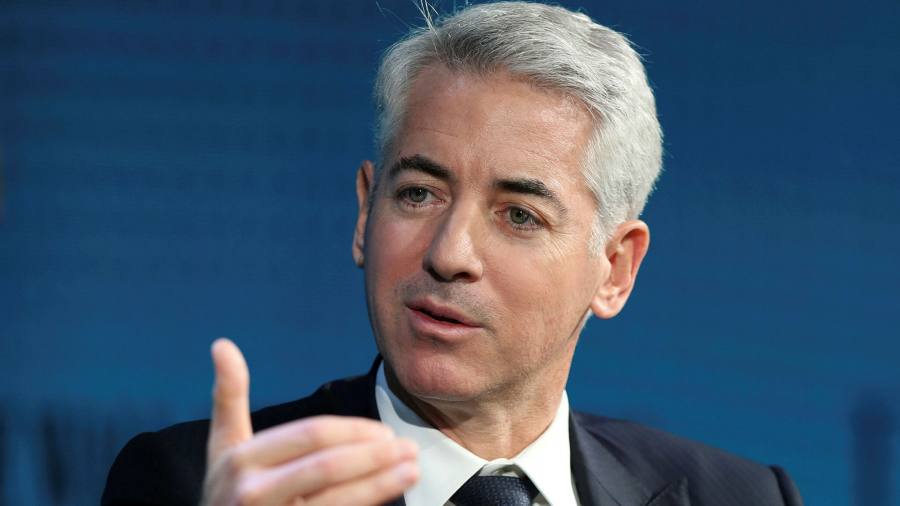 Bill Ackman, the hedge fund billionaire, has bought a $1.1bn stake in Netflix as he seeks to capitalise on a sharp sell-off that has almost halved the streaming company’s market value in the past few months.

Pershing Square, Ackman’s investment group, has bought 3.1m shares of Netflix in recent days, making him a top-20 shareholder in the company, according to a letter to investors. At the current share price of $359.70, this equates to a stake of $1.1bn.

“Many of our best investments have emerged when other investors, whose time horizons are short term, discard great companies at prices that look extraordinarily attractive when one has a long-term horizon”, Ackman wrote.

Netflix’s stock price has dropped more than 40 per cent from an October peak of about $700 per share. The stock sold off more than 20 per cent on Friday after the company warned subscriber growth would slow substantially in the first three months of 2022.

Over the past decade, Netflix’s shares have soared as the company pioneered a streaming model that upended Hollywood. But it has become besieged by competition as media groups such as Disney and WarnerMedia launched their own rival services.

Ackman said he was attracted to Netflix because of the scale of its streaming business, which he said had the potential to attract subscribers and charge them higher prices. He also said the company’s pipeline of content could allow it to fend off competition and boost margins.

Ackman began building his stake in Netflix last Friday using the proceeds from the unwinding of a hedging position, which Pershing Square amassed at the beginning of 2021 to protect itself against rising interest rates.

Pershing Square sold 80 per cent of its interest rate hedge in recent days, generating $1.25bn in cash, most of which was invested in Netflix’s battered stock.

By midday on Wednesday, Pershing Square had unwound most of the hedge. Federal Reserve chair Jay Powell later refused to rule out an aggressive series of interest rate increases in 2022, prompting a jump in the yields on government debt.

“Had we not sold the hedge, we could have likely realised more gains based on the increase in [yields], largely today, since our sale,” Ackman wrote in his letter.

“That said, we believed the opportunity to invest in Netflix at current prices offered a more compelling risk/reward and likely greater, long-term profits for the funds,” he added.

Shares in Netflix jumped as much as 5 per cent in after-hours trading.