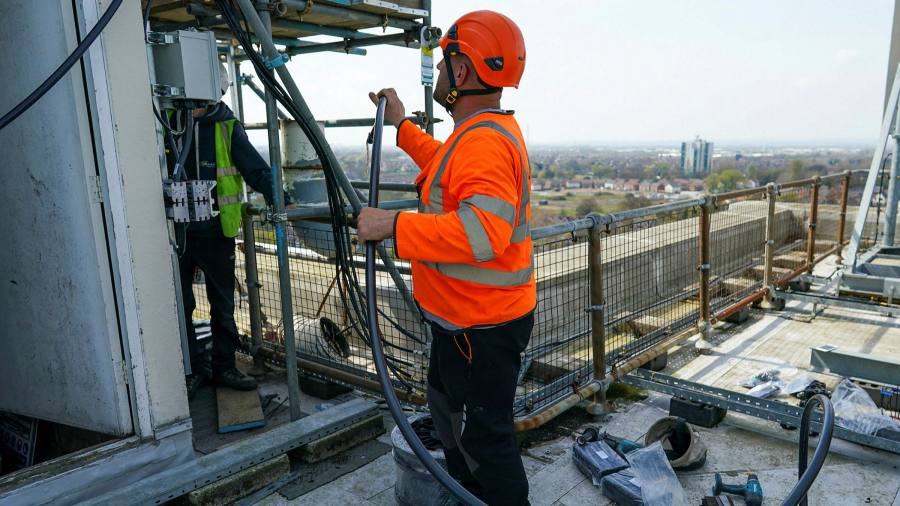 BT has joined forces with Swedish telecoms equipment manufacturer Ericsson to offer private 5G networks to companies in the UK, as the duo attempts to monetise huge investments in next-generation infrastructure.

The multimillion dollar agreement signed between two of the biggest European telecoms groups is the first of its kind to offer an out-of-the-box private network to companies, rather than a service tailored to each individual business.

So-called private networks are sold on the promise that they provide companies with more secure and higher quality connections, which offer fewer delays and glitches than conventional WiFi networks.

European telecoms companies have spent billions upgrading their networks from fourth generation technology to 5G over the past decade, including replacing legacy copper infrastructure with fibre optic lines, but have so far struggled to get customers to pay significantly more.

In a report last year, Ericsson found that early adopters of 5G technology and handsets were pleased with the speeds but expected more, with 70 per cent saying they were dissatisfied with the availability of innovative services and were waiting for new applications. Consumers would be willing to pay 20 to 30 per cent more for mobile plans that bundled 5G with digital services, but felt that the majority of potential uses that were promised, such as 3D hologram calling and virtual reality shopping, had not yet materialised.

Telecoms groups have therefore focused their marketing and sales efforts on enterprise customers, touting private 5G networks as a way to digitise, streamline and improve practices in sectors such as industry, automotive and health.

“We have combined our skill and expertise at building converged fixed and mobile networks with Ericsson’s leading, sustainable and secure 5G network equipment, to offer a pioneering new proposition that will be attractive to many industries,” said Marc Overton, managing director of Division X, part of BT’s enterprise business.

Last week, BT announced that over the next three years it would invest £100mn in Division X to advance the creation and adoption of new technologies, like the internet of things, 5G private networks and edge computing.

The global market for private networks is forecast to quadruple between 2021 and 2026, with revenues increasing from $1.7bn to $8.3bn, according to a recent report by the International Data Corporation.

The agreement between BT and Ericsson comes on the heels of a number of private network schemes developed by the two companies, including a 5G network set up across 35 acres of land at Belfast harbour in Northern Ireland, which the port has used to optimise its processes using technology such as drones and remote maintenance.