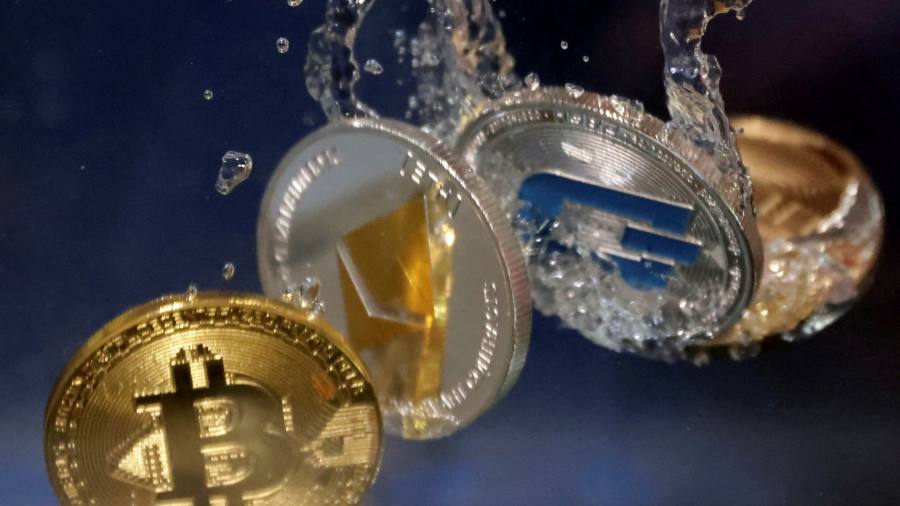 The writer is a professor at Cornell, a senior fellow at the Brookings Institution and the author of ‘The Future of Money’

A cryptocurrency winter has set in, with many cryptocurrencies’ prices and the overall value of such digital assets falling below half their peak values from six months ago. Dashed is the notion that crypto assets are immune to shifts in macroeconomic fundamentals and serve as hedges against inflation.

The mayhem has shone a harsh light on decentralised blockchain-based finance, as weaknesses in its basic precepts are coming into focus. For all its promise in democratising finance and broadening financial access, the emerging reality suggests a concentration of economic power, while the risks fall largely on those investors least able to handle them.

But the crypto shakeout might help the long-term viability of blockchain-based finance by damping rampant speculation while prodding regulators to act expeditiously.

Decentralised finance, or DeFi, is built on three principles. It features decentralised architectures, with public digital ledgers maintained on multiple computers and synchronised in real time. Decentralised trust involves the validation of transactions through public consensus mechanisms rather than by trusted intermediaries. Finally, and crucially, decentralised governance is underpinned by a collective interest in maintaining the system’s integrity and security. Bitcoin is a good (albeit primitive) example of DeFi.

These principles are proving incompatible with functionality. Cryptocurrencies that work well as mediums of exchange are in fact centralised. Stablecoins are typically backed up by reserves of fiat currencies, issued by a private party that validates transactions and keeps centralised accounts, and with operating rules set by the issuer. Meanwhile, algorithmic stablecoins, ostensibly backed by other cryptocurrencies but still managed by their issuers, have stumbled badly in recent weeks.

Decentralisation is proving illusory even in crypto assets such as bitcoin. A handful of computing consortiums now dominate the process of validating bitcoin transactions and ownership is concentrated as well. The very design of some systems, which are more efficient than bitcoin’s inefficient “proof of work” consensus protocol, is leading to concentration of governance.

“Proof of stake”, an alternative consensus mechanism which requires users to pledge a “stake” of digital currency, allows for quicker decentralised validation of a far greater volume of transactions than proof of work. But this system is also vulnerable to capture by a small group that acquires a large stake. Although it is not in the group’s interest to compromise the system’s integrity, they could shift the rules to their advantage.

Cryptocurrencies and DeFi are useful under authoritarian regimes and in societies where the government machinery has broken down. For countries such as El Salvador and the Central African Republic, the adoption of bitcoin as legal tender provides a better alternative than any domestic currency could.

Much of DeFi involves fully or even over-collateralised financial instruments. This helps maintain trust and financial stability but is hardly conducive to broadening access. After all, lack of collateral is a major stumbling block for indigent households and small-scale entrepreneurs seeking access to credit and other financial products. Moreover, the lack of financial literacy and investor protection has inflicted heavy losses on unsophisticated investors who failed to understand the risks (or ignored them) and invested heavily in crypto assets.

Regulators must act swiftly to head off the risks associated with decentralisation, while limiting unintended concentration of power. They must also corral DeFi products and services that have escaped oversight because of their technological novelty. The notion of community self-interest leading to self-correcting mechanisms that limit risks, and contentions that these products are by design safe and secure, are not tenable.

A well-designed dose of regulatory oversight might be just the tonic needed to bring stability to this sector, prevent it from exacerbating existing inequities and allow us to glean the benefits of these new technologies while limiting the risks.