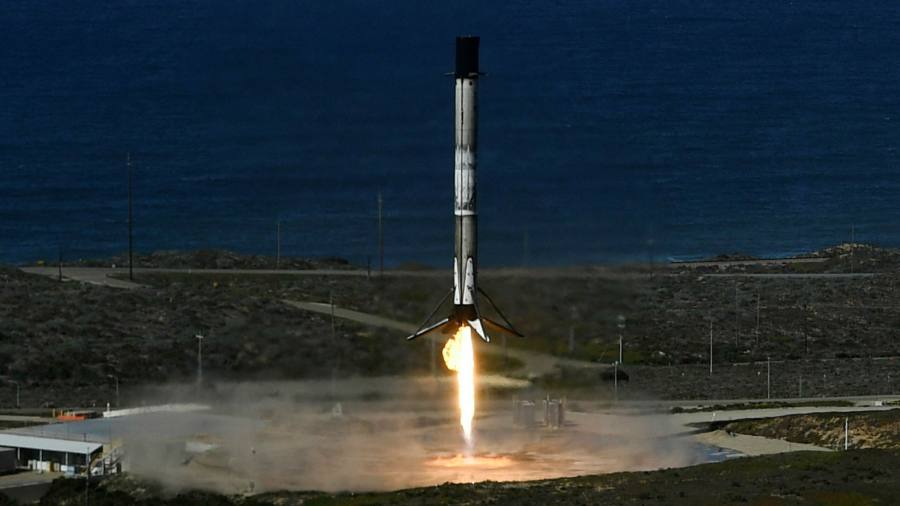 The European Commission has approved plans for a €6bn satellite internet system to compete with the likes of Amazon and SpaceX despite previous objections from its internal watchdog.

Brussels’ initiative to provide encrypted broadband coverage was twice rejected by the European Commission’s Regulatory Scrutiny Board. The board, which vets impact assessments for proposals put forward by the commission, believed the scheme would waste money and compete with commercial services.

The Secured Connectivity regulation is the brainchild of Thierry Breton, the internal market commissioner, who wants the EU to build a third satellite system in lower earth orbit (LEO) for secured communications and access to the internet. The EU already has Galileo, a global navigation system, and Copernicus, which is used for earth observation.

The signals from the new system would be encrypted and offered to Europe as well as Africa to give that continent an alternative to Chinese-built infrastructure. It would also provide a back-up in case of cyber attacks on broadband networks.

Breton told a press conference in Strasbourg on Tuesday: “This is of central importance in terms of our strategic and technical sovereignty.”

He added that it would be connected to other unnamed satellite constellations to save money. Regarding obtaining the spectrum to broadcast the signals, he said: “We know where to find this frequency. It is not an issue.”

The commission’s scrutiny board rejected the impact assessment for the project twice on the basis that other options had not been fully considered. This in effect ruled out cheaper options such as renting space on a commercial provider’s network or using an earth-based system.

Some amendments were made following the rejections, with commitments to involve small companies in the design and building of the system to boost the EU’s space industry. The commission has earmarked €2.4bn from its budget, with the rest coming from member states and industry in a public-private partnership. Brussels will ask consortiums to bid to build and run the system as a concession.

It is rare for a project to be rebuffed twice by the commission’s internal watchdog and a scheme would usually then be blocked. But Maros Sefcovic, vice-president of the commission for interinstitutional relations, agreed to take it forward with some amendments, citing the need for urgent action.

The plan still needs approval from the European parliament and EU member states. One diplomat said although several countries had reservations, they would not block it.

The commission contracted companies, including Airbus, SES and Eutelsat, to carry out a technical study for the project. The running costs are significant, with LEO satellites needing to be replaced roughly every five to seven years.

The EU conceived the idea after the UK bought a stake in OneWeb, the satellite operator, in 2020. Last year Eutelsat, in which the French government has a stake, invested in OneWeb, causing Breton to question whether Eutelsat could take part in the EU project.

SpaceX, owned by Tesla co-founder Elon Musk, has launched close to 2,000 satellites under the Starlink name and has applied for licences to fly more than 40,000.

The EU intends to offer services to consumers in remote places without broadband. But Starlink heavily subsidises the hardware needed to receive it, charging $499 against a cost of at least four times that. Satellite broadband costs $99 a month in the US, around double the price of a fibre-optic service.